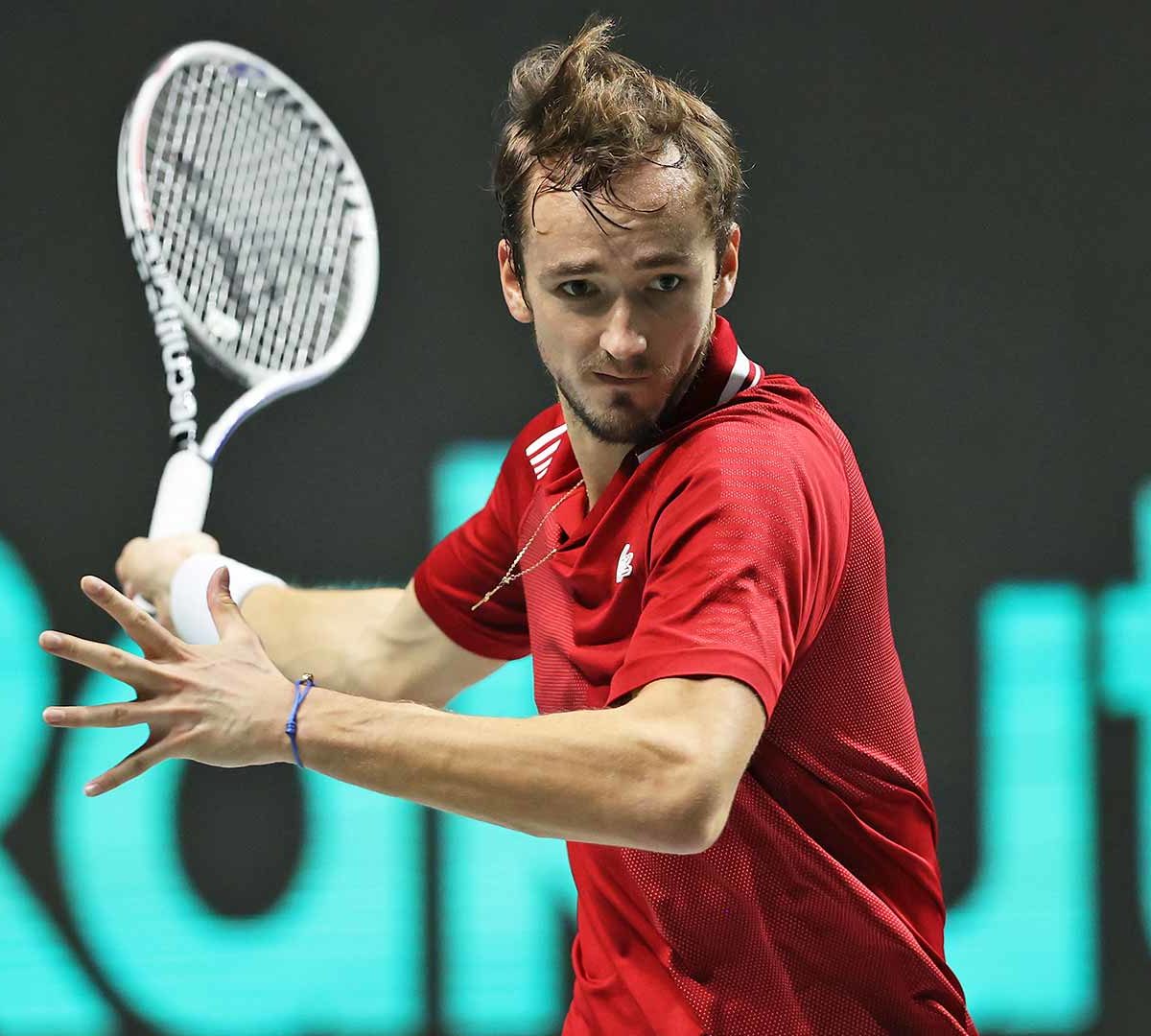 Daniil Medvedev defeated Mikael Ymer 6-4, 6-4 Thursday to give Russia a 2-0 lead over Sweden in the quarter-finals of the Davis Cup.

Russia will face Germany in the semi-finals on Saturday. Serbia and top-ranked Novak Djokovic will face Croatia in the other semi-final on today.

It was the third consecutive straight-set victory for Medvedev after group-stage wins over Spain’s Pablo Carreno Busta and Ecuador’s Emilio Gomez.

He broke serve twice in the first set and three times in the second to cooly despatch Ymer.

“Today I should’ve served better, but I’m really happy to bring the point to the team,” Medvedev said.

“The most important thing is that we are winning a lot of matches. We didn’t lose a tie in the group and we are really looking forward to Saturday.”

Rublev had a harder time than Medvedev in his singles match against Elias Ymer.

After breaking serve twice to win the first set, he served for the match at 5-4 in the second but Ymer then won three straight games, took the set and forced a decider.

The Swede saved seven break points in the third set but eventually fell away as Rublev won the tiebreaker.

“Serving for the match, I relax a bit when I shouldn’t do this,” Rublev said.

“I missed some easy forehands that normally if you’re focused and you’re doing everything right, you’re not going to miss them. I bring him back to the game. Then he starts to believe in himself, he starts to play much, much better.”