Medvedev: I was battling history 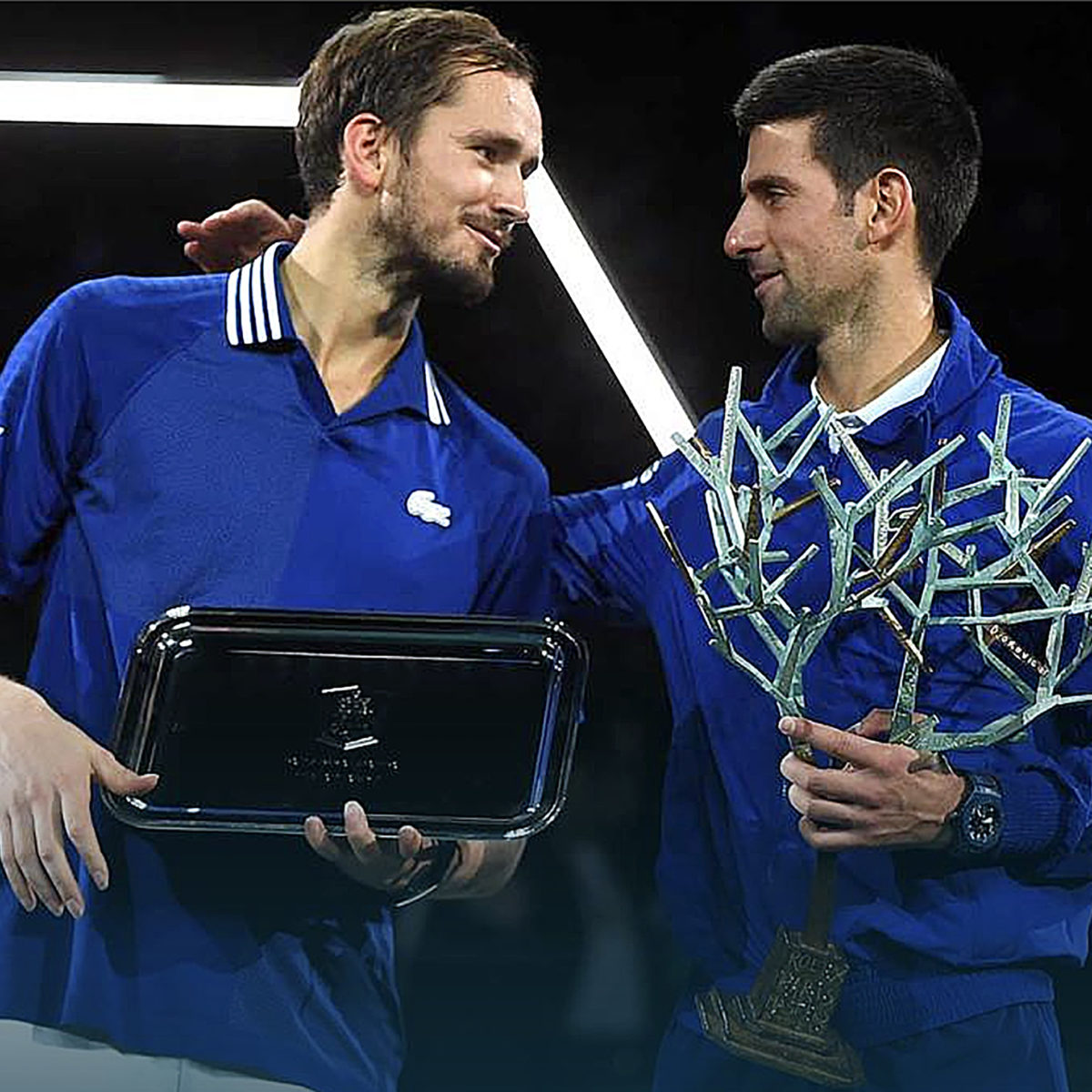 Daniil Medvedev lost his Paris Bercy Masters final on Sunday against Novak Djokovic and admitted he was battling tennis history in a 4-6, 6-3, 6-3 defeat.

“I don’t like to lose, so I can’t say that I am happy, but I feel that I gave everything,” the ATP No. 2 Russian said after tasting defeat in two and a quarter hours.

“As soon as you lose a match, you have the feeling that you could do better.

“But I gave it my all. It was a good tennis match against one of the best players in history.”

Djokovic collected a Tour-leading 37th Masters title after securing a record seventh year-end No. 1 title the day before.

The win also earned revenge for a straight-sets hammering he took two months ago to his rival in the US Open final.

“It  was not easy for me, he was stronger in the key moments,” Medvedev said.

The finalist added that facing Djokovic is more than just a mere match.

“If you know Novak, it’s impossible to get a psychological advantage over him, on him.  I felt he absolutely wanted to win.”

Main photo:- Daniil Medvedev and Novak Djokovic with their trophies in Paris-Bercy – by Corinne Dubreuil/ATPTennis.com