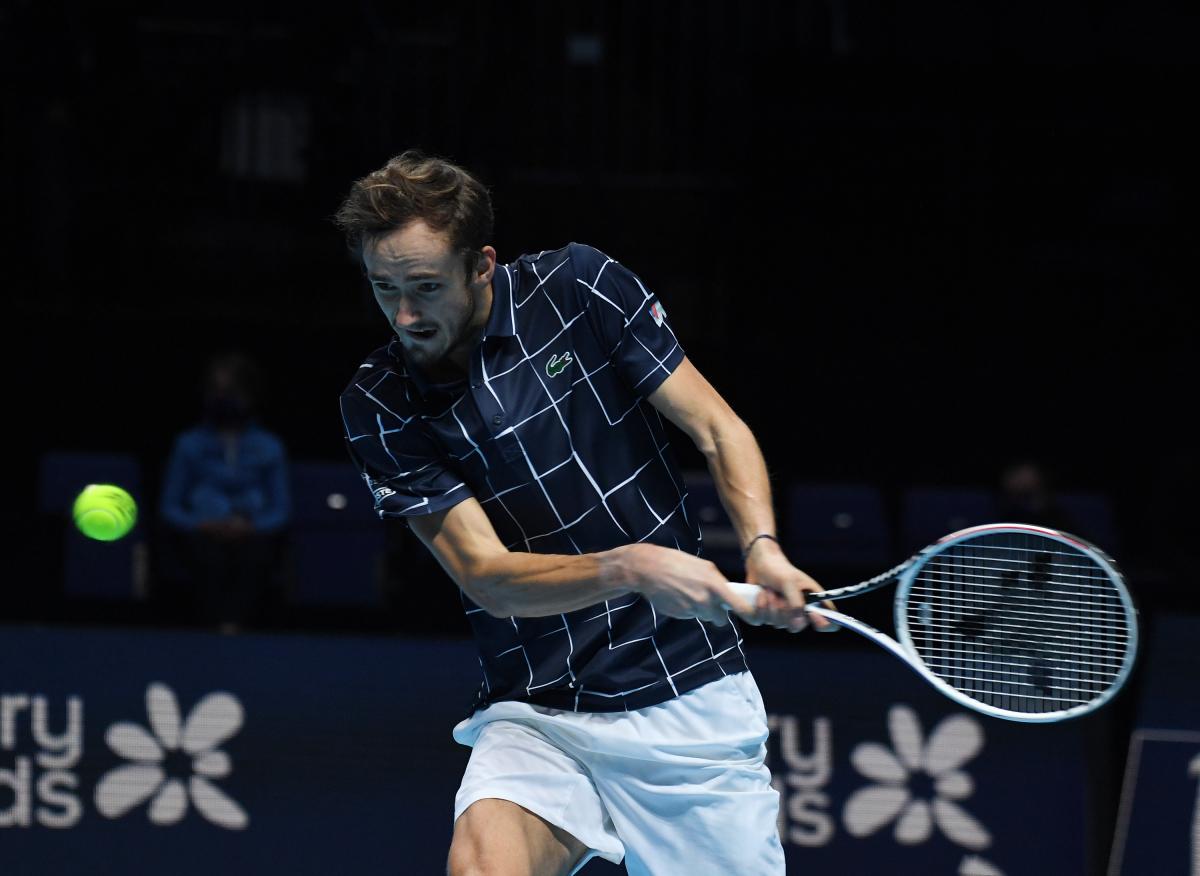 Daniil Medvedev ended Rafael Nadal’s dream of a breakthrough title at the ATP Finals as the Russian staged a 3-6, 7-6(4), 6-3 comeback to win their Saturday semi-final.

Medvedev will play for the title on Sunday at the empty O2 Arena against Dominic Thiem after the Austrian dismissed five-time winner Novak Djokovic 7-5, 6-7(10), 7-6(5) in three hours.

The year-end crown is one of the few still missing in the collection of the 34-year-old Nadal, winner of 20 career Grand Slam trophies.

The Spaniard served for the match leading 5-4 in the second set after breaking his opponent with a passing lob.

But Nadal was shockingly broken to love as Medvedev soldiered on.

The Russian carried the set into a tiebreaker and won it to level at a set each.

Nadal lost after more than two and a half hours on the back of two consecutive volley errors, both on unlucky net cords, going out on his opponent’s first match point.

“Everyone is nervous serving for the match,” Nadal said of his second-set disaster. “I don’t have any excuse about pressure.

“You are nervous to win the match – the tension is normal. I had a few mistakes and he played a good tiebreak. I had an easy volley to close out the match as well.”

Nadal said he was outplayed by a tough opponent: “At the start, he was better than me. But I was able to save my serve with some troubles.

“This match was a lost opportunity, well done to him, he’s playing great.”

World No. 4 Medvedev had lost in three previous meetings against Nadal, who defeated him here a year ago in group play.

ATP No. 3 Thiem stands 3-1 against Medvedev, defeating the Russian in a US Open semi-final two months ago on the way to a first Grand Slam title.

To take the London honours, Medvedev, undefeated at this year-end edition after losing all three round-robin matches in his debut in 2019 – will have to follow up on his wins this week over No. 1 Djokovic (round-robin) and the second-ranked Nadal.

Medvedev will be trying to repeat history as the second Russian to win here after Nikolay Davydenko won the first London edition in 2009; his countryman could claim the closing chapter before the eight-man tournament shifts to Turin in 2021.

“Davydenko won it the first time it was in London so maybe we can close it with another Russian win,” Medvedev said. “It’s possible so we’re going to see how it is.”

Medvedev trained twice this week with Thiem, whose game he knows well: “He played amazing when I lost to him at the US Open,” the Russian said.

“I was playing well but he won his first Grand Slam. I’m expecting another good match tomorrow, we will see.”