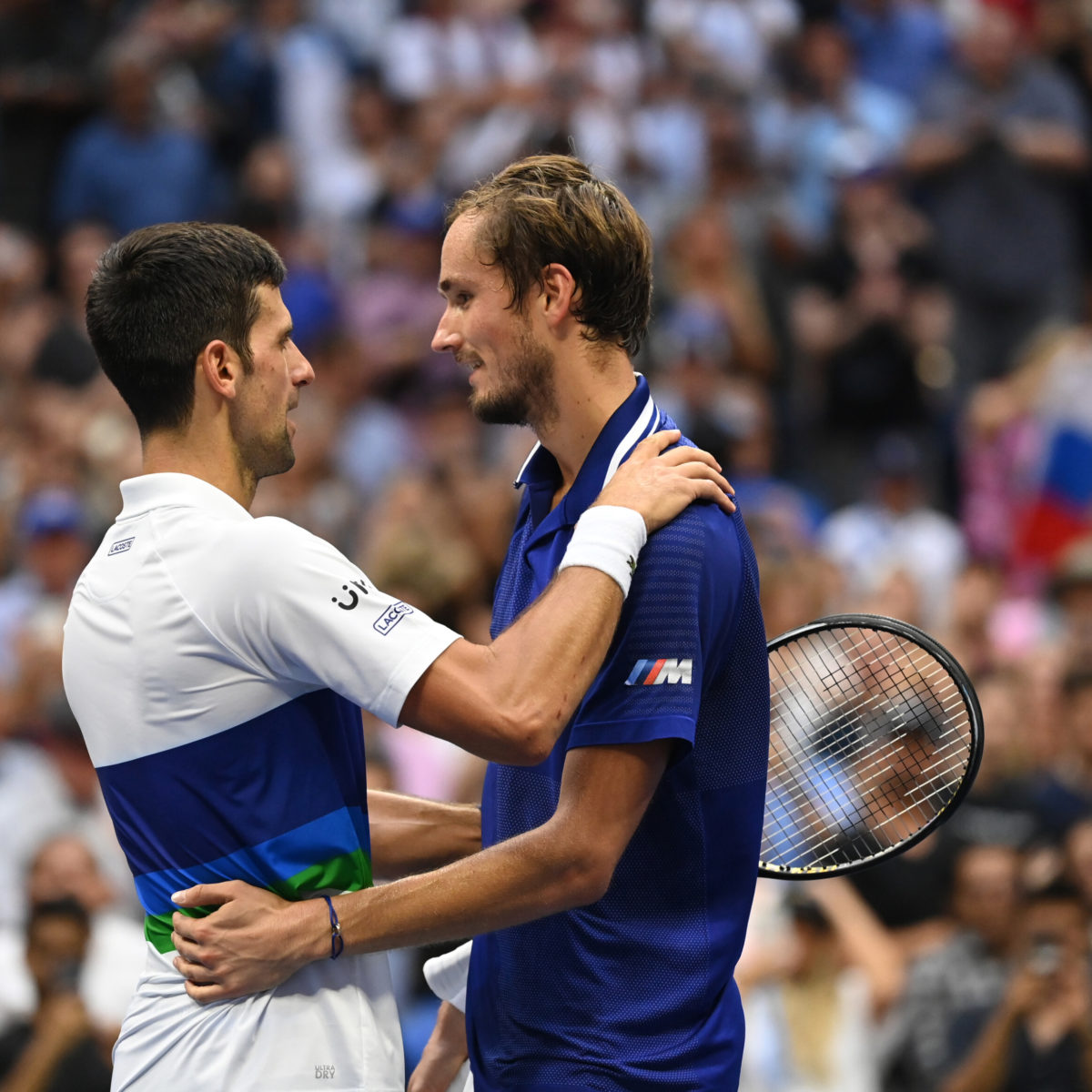 Daniil Medvedev will aim to repeat his recent hammering of Novak Djokovic when the top two in the world meet in Sunday’s final at the Paris Bercy Masters.

Two month ago, the Russian ranked second took out Djokovic in straight sets to win the US Open.

Now, with Djokovic defeating Hubert Hurkacz in Saturday’s Paris semi-final 3-6, 6-0, 7-6(5) and Medvedev trouncing Alexander Zverev 6-2, 6-2, the pair will face off for the third time this season in a final.

The series stands 1-1 in 2021 after Djokovic won the Australian Open title in February over his rival.

Djokovic’s defeat of Poland’s Hurkacz assured him of the year-end top ranking for a record seventh time.

“I’m grateful to be in this position once again, to make history with No. 1 for seven years,” Djokovic said. “It gives me a lot of positive emotions.

“The goal coming here was to claim the No. 1 position, it’s a tremendous relief.

“But everything is not done yet, there is the final in one of the biggest tournaments on the circuit now. “I expect to have a great match tomorrow and we will see from there what will happen.”

The Russian snapped up the opening set as he swept the final five games while his German opponent committed 20 unforced errors in the opening chapter.

The end came quickly, with Medvedev advancing in 80 minutes to win his fourth victory in a row against Zverev.

The semi-final which ended an eight-match win streak for Zverev was a repeat of last year’s Paris final, won by Medvedev.