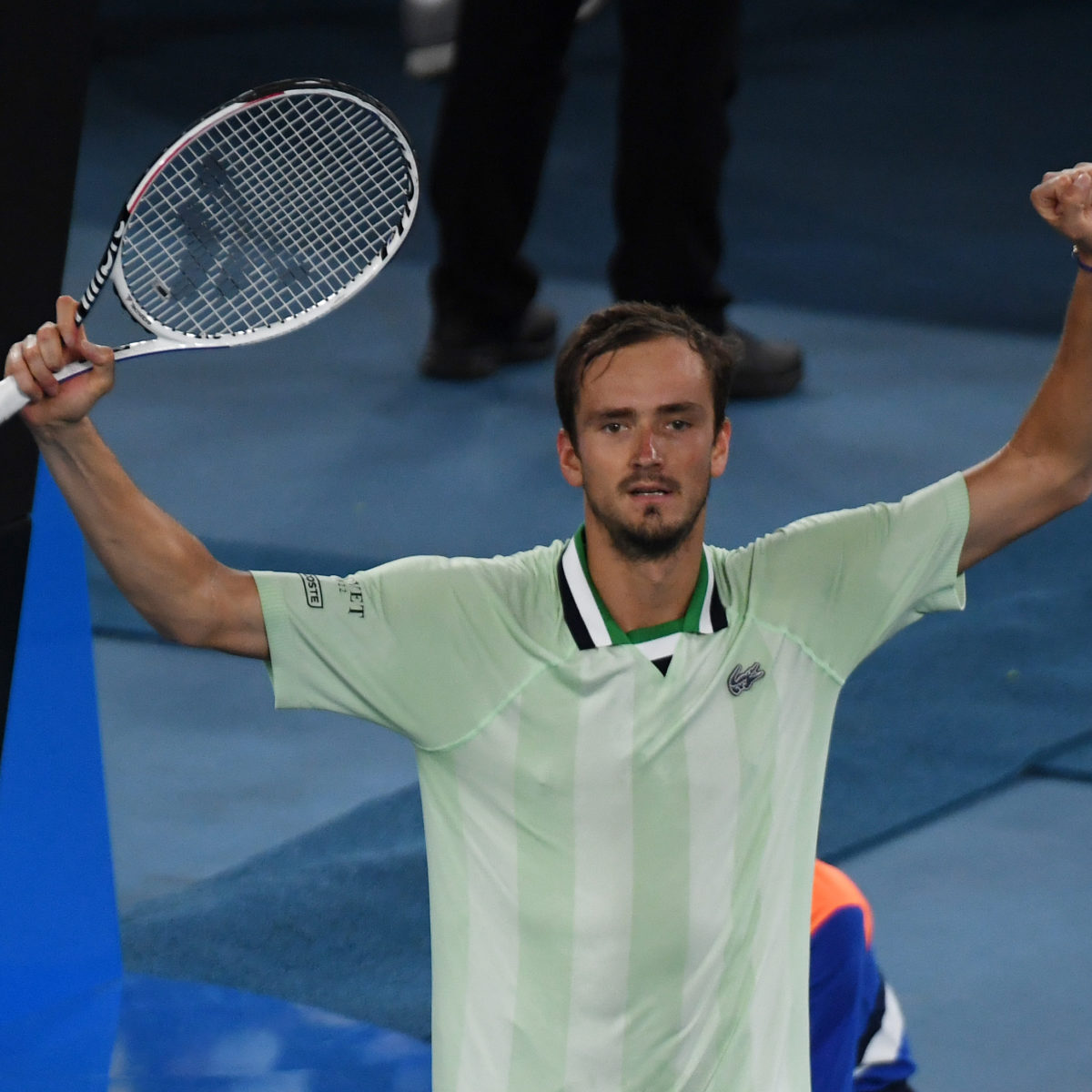 Daniil Medvedev has been fined US$12,000 after his outburst at the chair umpire during his semi-final win over Stefanos Tsitsipas at the Australian Open on Friday.

His four-set win over Tsitsipas was marked by a rant at chair umpire Jaume Campistol.

“Are you mad? Are you mad? (Tsitsipas’s) father can coach every point?” Medvedev screamed at Campistol.

“Are you stupid? His father can talk every point?

“His father can talk every point?

“Can his father talk every point?”

Canadian Denis Shapovalov, who accused umpire Carlos Bernardes of being corrupt, during his quarter-final loss to Nadal, was also fined $8,000 for unsportsmanlike conduct.

Nick Kyrgios, who competes in the men’s doubles final on Saturday, has amassed $10,000 in fines (approximately £7,500) for swearing and racket abuse.