Medvedev a pain the arse – but still wins 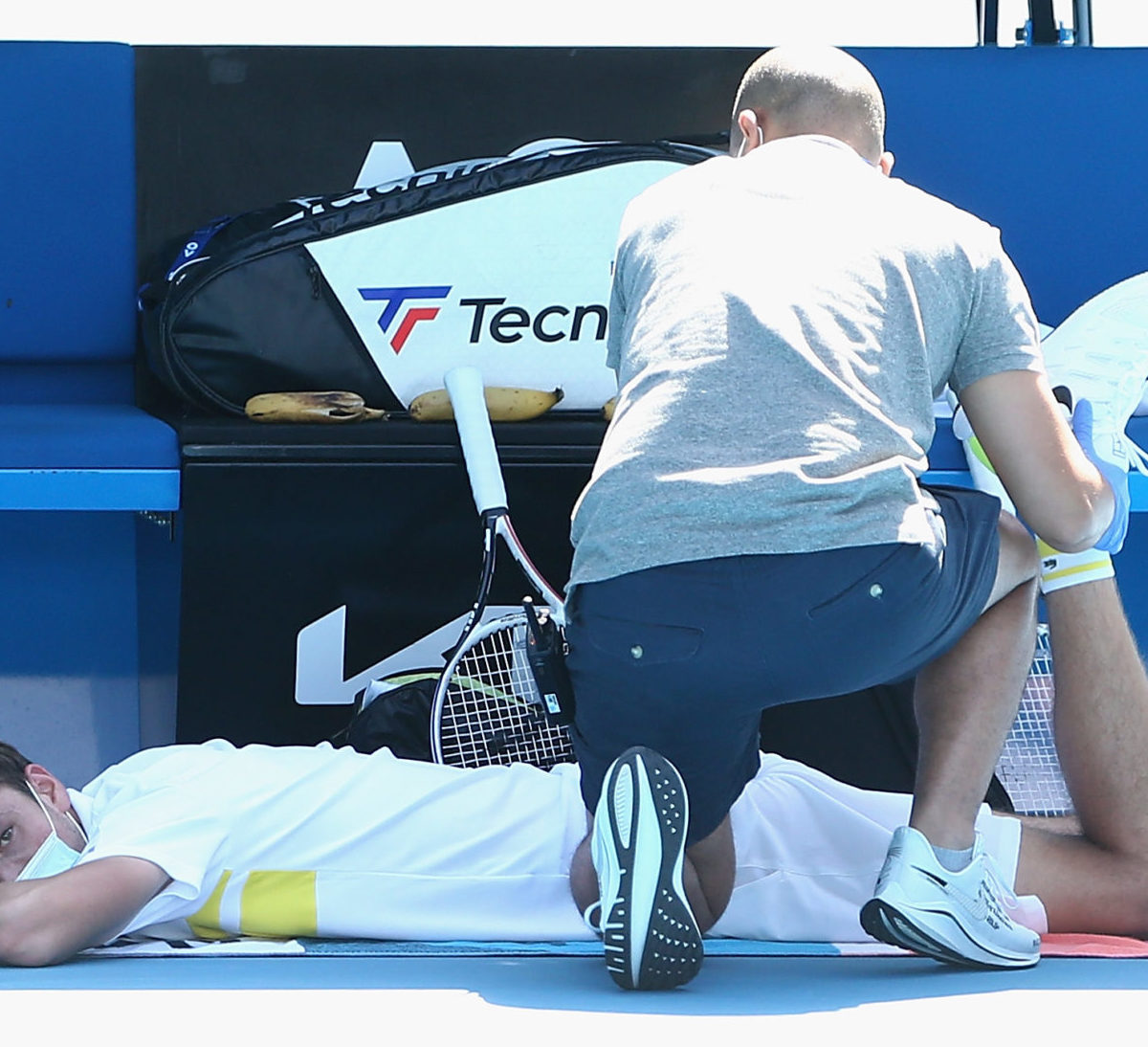 Fourth seed Daniil Medvedev has to overcome ‘buttock’ pain as well as Filip Krajinovic to reach the fourth round of the Australian Open.

Medvedev struggled moving in the fourth set and had to take a medical time out when 5-2 down.

“Left buttock,” he told a trainer. “I felt in the second set and it’s growing a little bit.”

Krajinovic closed out the set, but a revitalised Medvedev then forgot about the pain to break Krajinovic three times to take out the match.