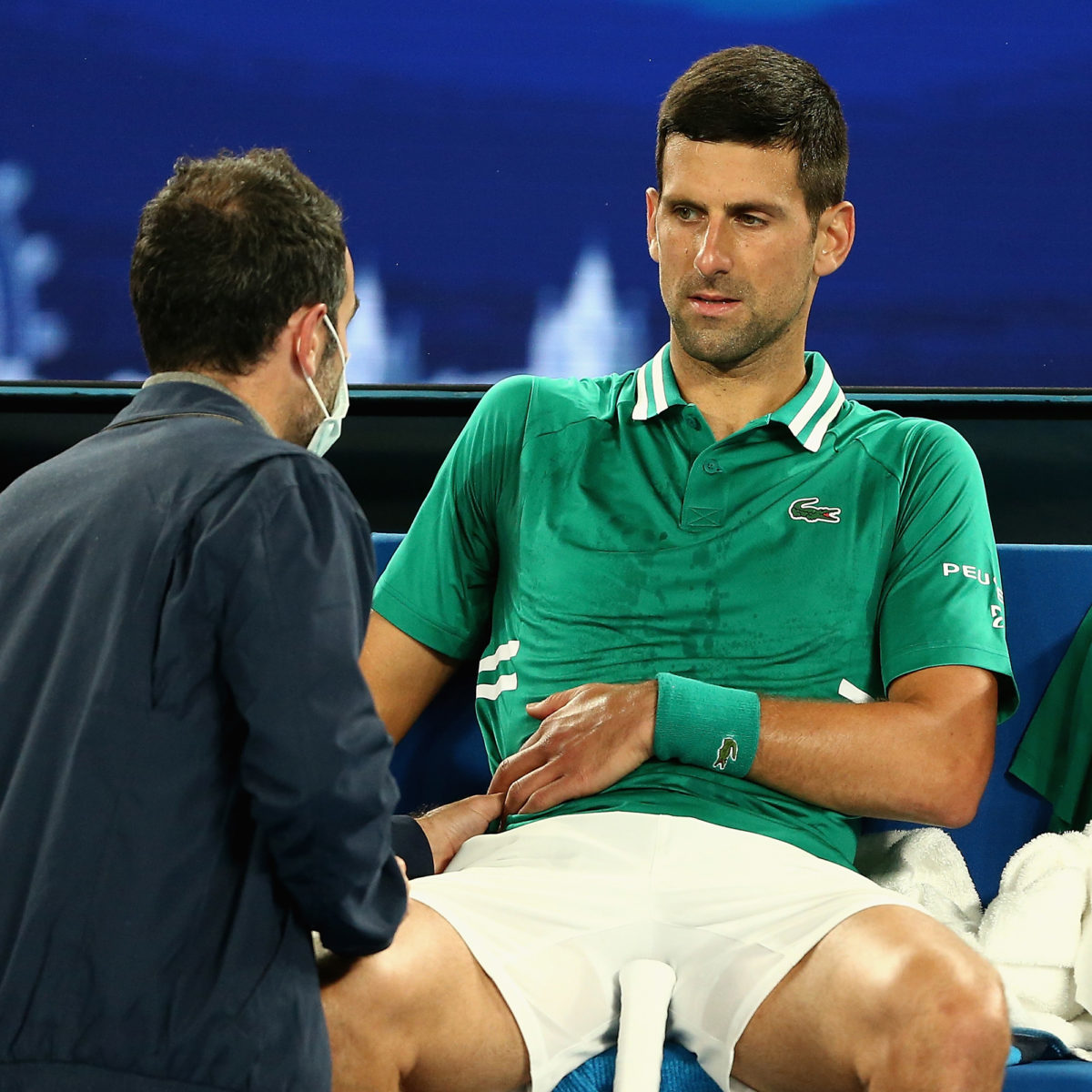 Novak Djokovic credited massive medical intervention for landing him back on court in time for Sunday’s win over Milos Raonic which sent him back to the Australian Open quarter-finals.

Djokovic had complained mightily two days earlier of what he had called an abdominal muscle tear from his previous match, hinting that he might not be able to hobble to the court.

Miracles – apparently – can happen for Djokovic.

“Pills, painkillers and stuff like this with the medical team of Tennis Australia and Australian Open. That definitely helped a lot,” the eight-time champion said..

The Serb remained tight-lipped about any specifics of his treatment, keeping trade secrets to himself and his team.

But he revealed that had this not been a Grand Slam it’s unlikely he would not have fronted up.

” I didn’t know a few hours before I stepped on the court tonight whether I’m gonna play or not.

“I didn’t hit a tennis ball yesterday.  I tried to use every single hour to recover and give myself at least a little bit of a chance to step on the court.

“If this was any tournament other than a Grand Slam, I definitely wouldn’t be playing. But it’s a Grand Slam. It matters a lot to me at this stage of my career.”

Djokivic said he had pain in the Raonic win, but not as much as he had on Friday in beating Taylor Fritz.

He added that while he’s been advised that he could take a risk he’s all in on his upcoming match with Alexander Zverev.

“There is a very slight, slim chance that I will make significant damage that would take me out of the Tour for whatever extended period of time.

“Yes, there is always a risk that the injury will get worse, but they (doctors and physios) don’t think it’s going to (get) significantly worse (or) that it’s going to jeopardisze my entire season.

“There are  still potentially three matches and it’s only going to get tougher and tougher for me on the court.”