Media relations no sweat for Swiatek 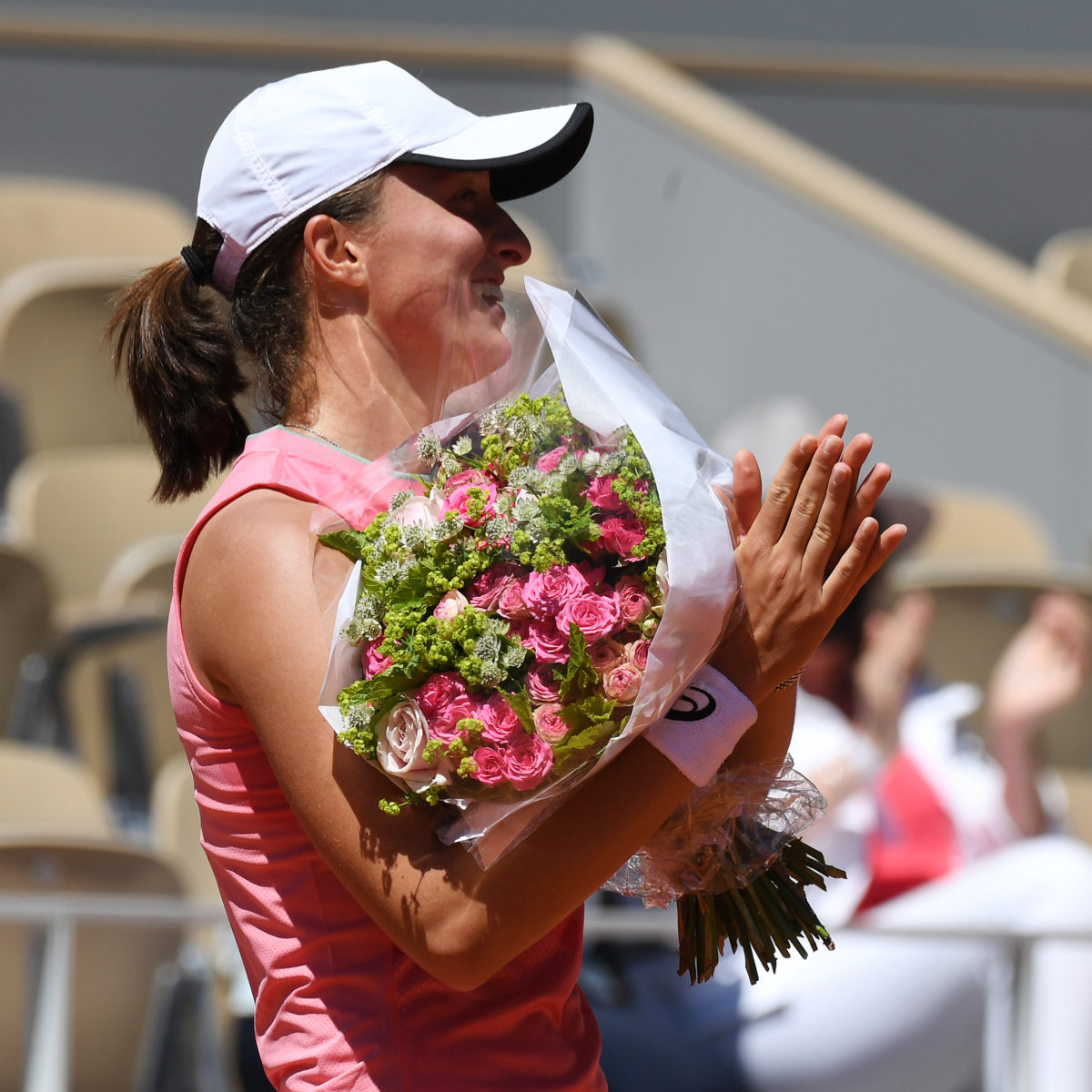 Fronting the media has long been a part of tennis life for French Open champion Iga Swiatek, who turned 20 on Monday with a win as her title defence kicked off.

The personable Pole beat best friend Kaja Juvan, the 101st-ranked Slovene, 6-0, 7-5 and then explained her laid-back take on life in the sporting spotlight.

Swiatek’s attitude could not contrast more sharply with the prickly tone of second seed Naomi Osaka, the white-hot centre of controversy at Roland Garros after vowing not to speak with media post-match,

The Japanese player has already copped a fine of $US 15,000 and faces possible disqualification should she continue her silent treatment.

Swiatek is anti-Osaka with regard to off-court duties.

“It’s is pretty natural for me. Since I was even like 13 and 14, we had some Polish media that was always interested, that always wanted to talk with me,” she said.

“Step by step I was getting more and more experience, learning how to have a good relationship with media.”

She added that doing post-match media quickly becomes a habit

“If you are like, top three in your country as a junior, there’s going to be some expectations from the outside.

“But, of course, it’s much, much different when you suddenly have success. It’s just important to find the balance.

“Just having a good relationship with the media, it can help you. If I have a problem or something, I’m going to tell you (media) that I’m not comfortable
talking about that.

“If we treat each other with mutual respect, everybody can benefit from that.”