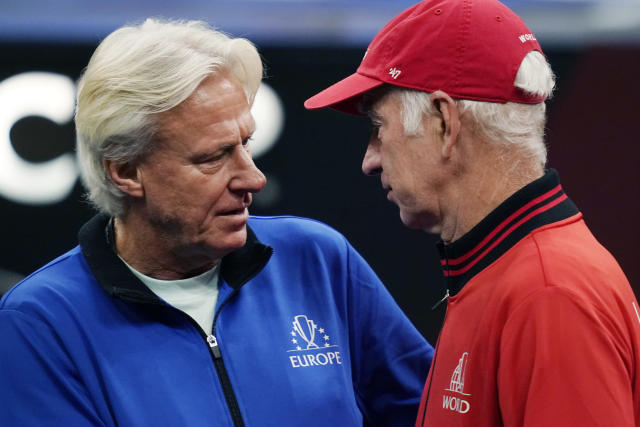 John McEnroe has slammed ATP Tour officials saying the Laver Cup should be given a higher profile if it is to emulate golf’s Ryder Cup.

“This is my personal opinion, but I don’t think there should be any tournaments going on if they want to try to get to the level of a Ryder Cup, say. It’s got to stand on its own,” McEnroe said.

“It’s not going to be like, ‘Well, other players need to be able to play and … get their points in Kazakhstan or wherever they are right now.’ I just don’t agree with that. I think it’s a mistake by the ATP.”

The event is organised by Roger Federer’s management company.

Team Europe dominated this year’s tournament in Boston, winning eight of the nine matches on a hard court McEnroe said was too slow.