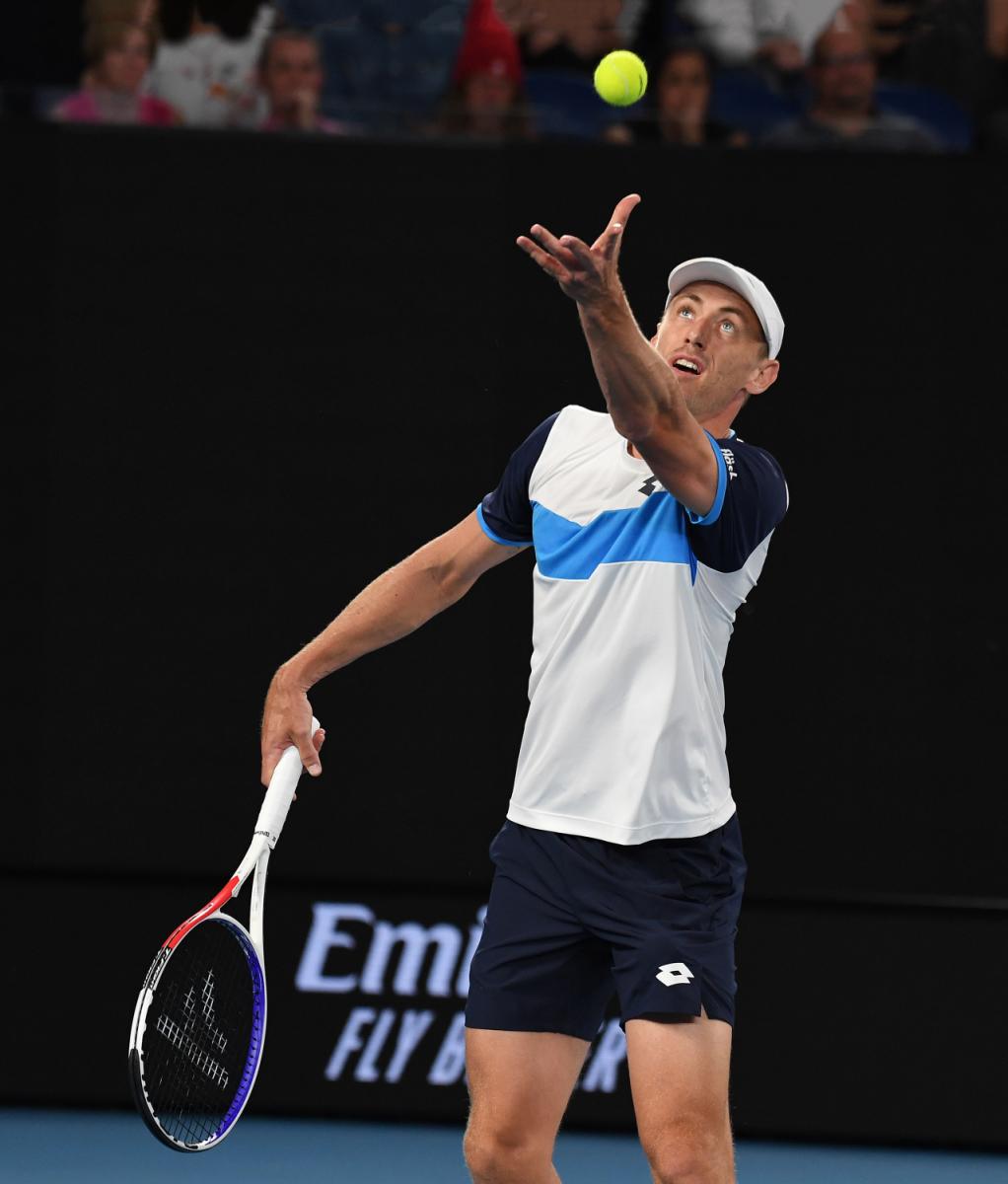 John Millman came through a three-hour-plus marathon on Wednesday, getting past persistent Gilles Simon 7-5, 6-7(3), 6-2 for a place in the quarter-finals of the ATP Sofia event.

The Australian saved the best for last in the final tournament of the regular season as he outlasted a 35-year-old French qualifier who once reached eighth in the rankings.

No 38 Millman will next play Canadian Vasek Pospisil for a spot in his second semi-final in three events after reaching the final in Kazakhstan 10 days ago.

Millman ended a decade of frustration with his first title victory, beating Adrian Mannarino in Nur-Sultan, the Kazakh capital.

World-class scrappers Millman and Simon both saved match points, with Simon coming out on top with his in the 12th game of the second set after a 46-shot rally.

Millman salvaged a total of four potential Simon match-winners to finally emerge the winner after earlier leading by a set and a break.

The Aussie won his 18th match of the season as he levelled his series with Simon at 1-1.

Compatriot Alex de Minaur joined the party in the quarter-finals with his 6-4, 7-6(5) defeat of Russian qualifier Asian Keratsev, with the Australian advancing in an hour and three-quarters.

“It was an incredibly tricky match and I’m very happy I was able to get the win and have a good, positive start.”