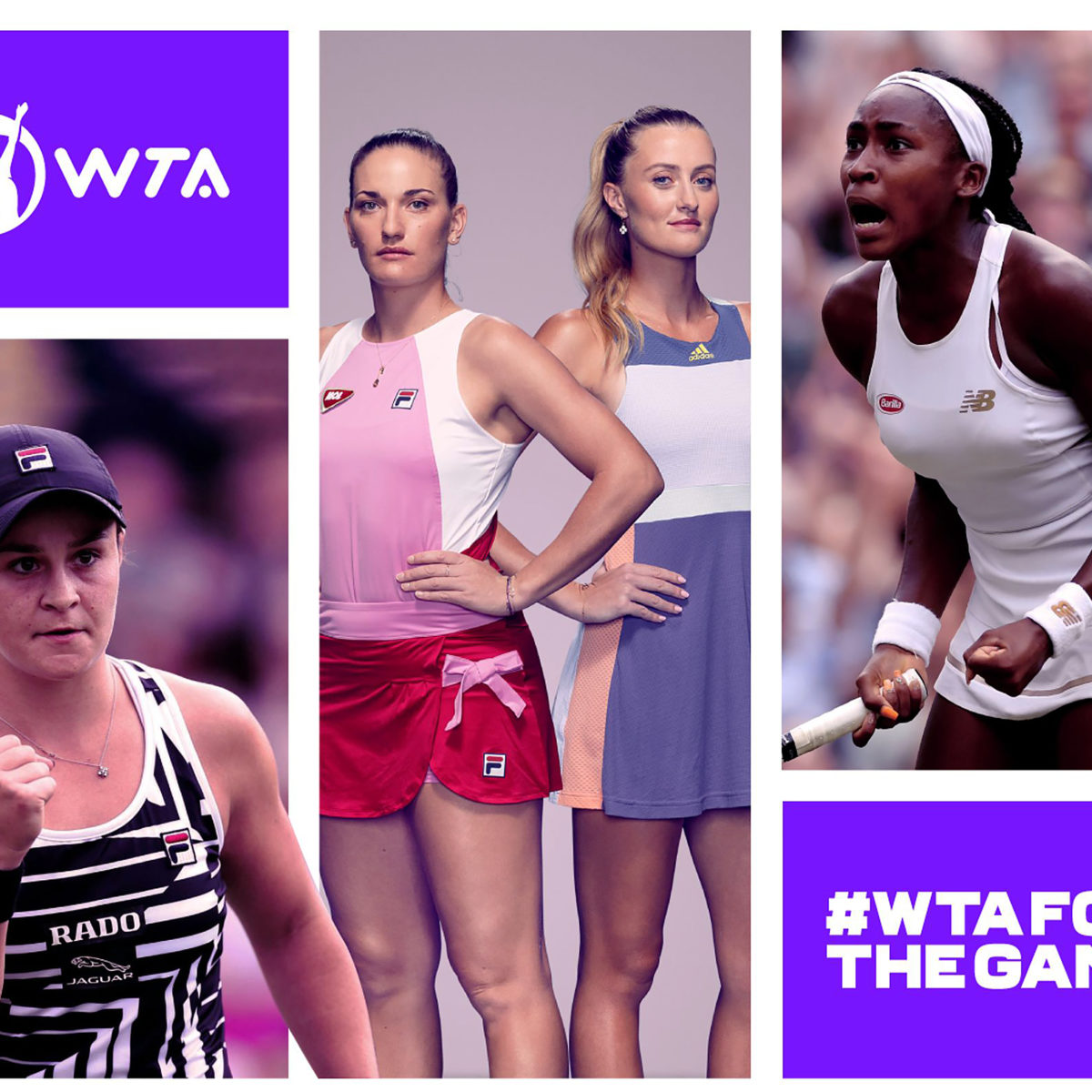 The WTA will charge into 2021 with a new logo and the hope of making a fresh start after the COVID-19 disaster that was the virus-shortened 2020 season.

With the worldwide pandemic still not under control, the hard-hit women’s sanctioning body had little choice but to wipe the slate clean in hopes of getting its Tour back into some kind of synch,

The renovation of the organisation’s outreach to fans includes a fresh logo and a rebrand of tournament levels which was revealed last month.

The 250, 500 and 1,000-level designations will jibe with the ATP system, bringing clarity to a cluttered international tournament landscape.

The marketing-speak “corporate identity rollout” should be up and running for the start of the 2021 season – even if no concrete start date for the delayed Australian Open has been officially announced.

A WTA release said the initiative will redefine “the organization’s strength as a collective unit of inspiring athletes and tournaments.

“The launch also reveals a new ‘WTA For The Game’ campaign that highlights the driving forces of the sport, aimed at creating deeper fan connections.

“The rebranding, which includes the WTA’s first logo redesign in 10 years, coincides with the announcement of a simplified numerical naming system for WTA tournaments.”

The re-fit is careful to pay homage to the 1973 founders of the organisation, headed by Billie Jean King.

“Nearly 50 years later, tennis is the leading global sport for women highlighted by some of the most recognizable names in all of sports, with 32 countries and regions represented in the Top 100 of the WTA Rankings,” the organisation said.

In addition to a full-on marketing campaign, the tournament nomenclature repair work stands as the most significant change, with event levels based upon ranking points awarded to the winner.

“We see it with ticket sales at combined women’s and men’s tournaments, and viewership on shared broadcast platforms.

“Adopting this streamlined tournament naming system is 100 per cent about making it easier for WTA fans, corporate partners and the media to engage and follow our sport.”

The ‘WTA For The Game’ campaign will feature 30 and 60-second commercial spots as well as social media influencer stories that will be broadcast, published and posted across WTA player, tournament and affiliate channels, the WTA added.