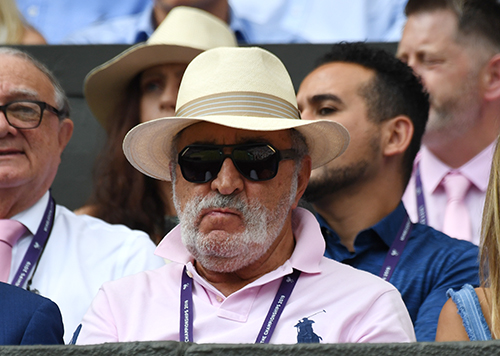 The fate of the Madrid Masters next month rests in the hands of the Spanish government, ATP boss Andrea Gaudenzi told Italy’s Supertennis on Monday.

The former player who landed in the thick of it on January 1 when he took up his post said there is little the organisation can do if health officials insist it be called off.

The groundwork for a costly cancellation might have been laid on Friday when tournament TD Feliciano Lopez was sent a letter by Spain’s health minister recommending that the event from September 13 not be held due to the virus.

The decision is said to be in the hands of tournament supremo Ion Tiriac.

Gaudenzi also told the TV network that his office is buried in issues as tennis tries to restart after five months of COVID-19 lockdown,

Avoiding quarantine for players who travel to Europe after the US Open (which starts on August 31)  is one major sticking point.

“It will be important to receive exemptions to allow players to travel from the United States to Europe to play tournaments on earth,” he said.

Trying to cobble together a calendar of sorts after the rescheduled French Open ends on October 11 is also a concern.

“We are working on a European indoor season up to the (November) Finals in London. We are doing our best but unfortunately something happens every week, we try to manage how we can. “

Beside Madrid, the Rome Masters a week later could also be in trouble after  Italian government health authorities advised to not have any spectators on the grounds at the Foro Italico.