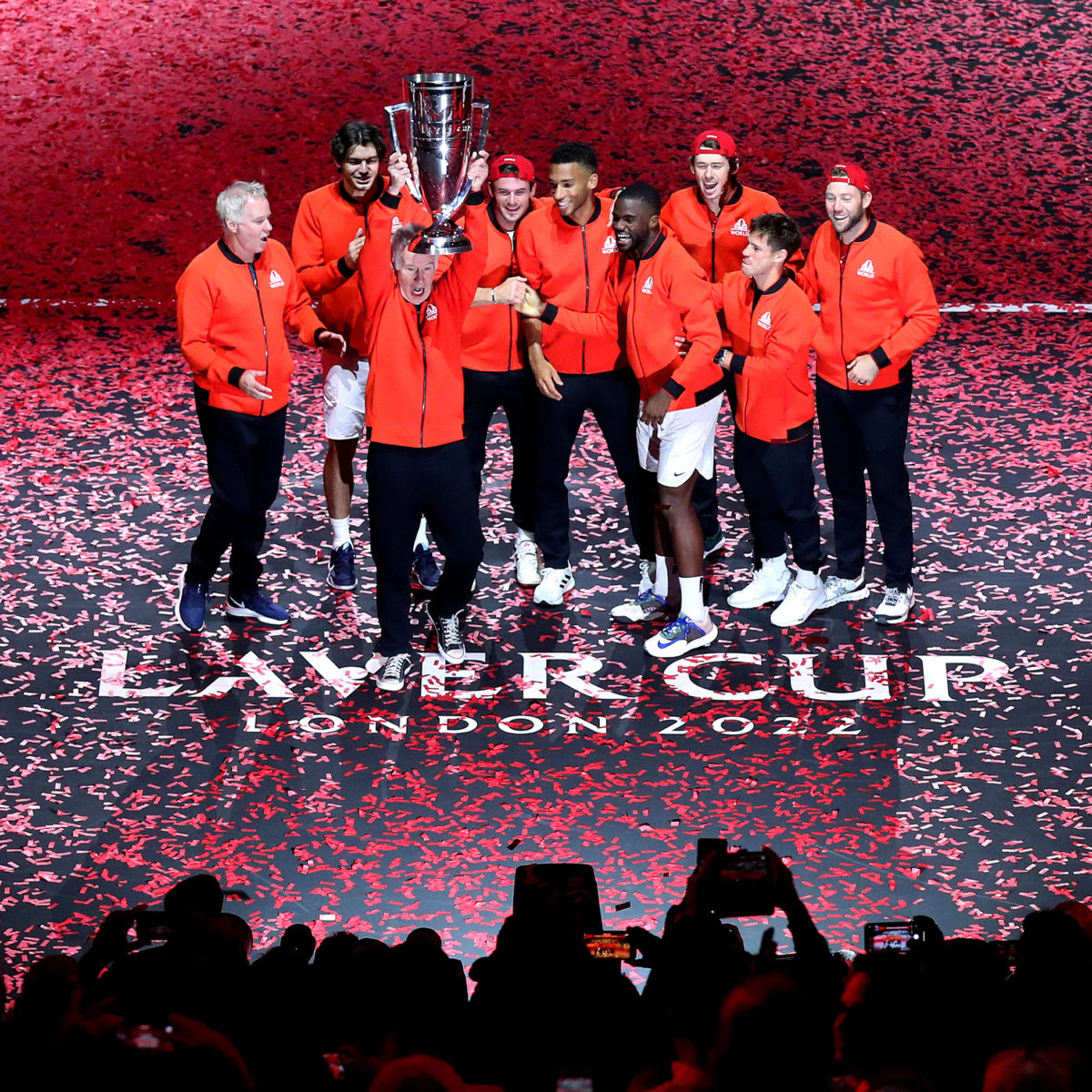 Laver Cup-winning captain John McEnroe has praised the Europe v World competition which wrapped up on Sunday in London with giving doubles the exposure and prestige that it deserves.

And the 63-year-old former great slammed the Davis Cup and January ATP Cup for failing to lift the team game to its proper place in the tennis hierarchy.

Mac guided Team World to a first title at the annual Laver competition on the weekend which marked the retirement of legend Roger Federer.

And the American captain who finally got one over on longtime rival Bjorn Borg (Europe captain)  said that the lack of respect for doubles is a disgrace for the Davis and ATP Cup events.

“Doubles is pretty important to this event, but I don’t know what the hell is going on with doubles right now in general.

“I think people saw how successful the Laver Cup was when it started (2017), and they are starting to realise that we need to do more of these (team events).

The seven-time Grand Slam winner in the 1970s and 1980s added: “Right now I don’t know what the hell is going on with Davis Cup either (now under controversial Spanish management with a decidedly Iberian slant).

“Anyone that knows me knows that I played Davis Cup for 15 years. So we’ll see what happens in the future.”

During his career McEnroe won nine Grand Slam doubles honours and is the only man to have topped the ranking in both singles and doubles.