Low-profile Thiem: The AO show will surely go on 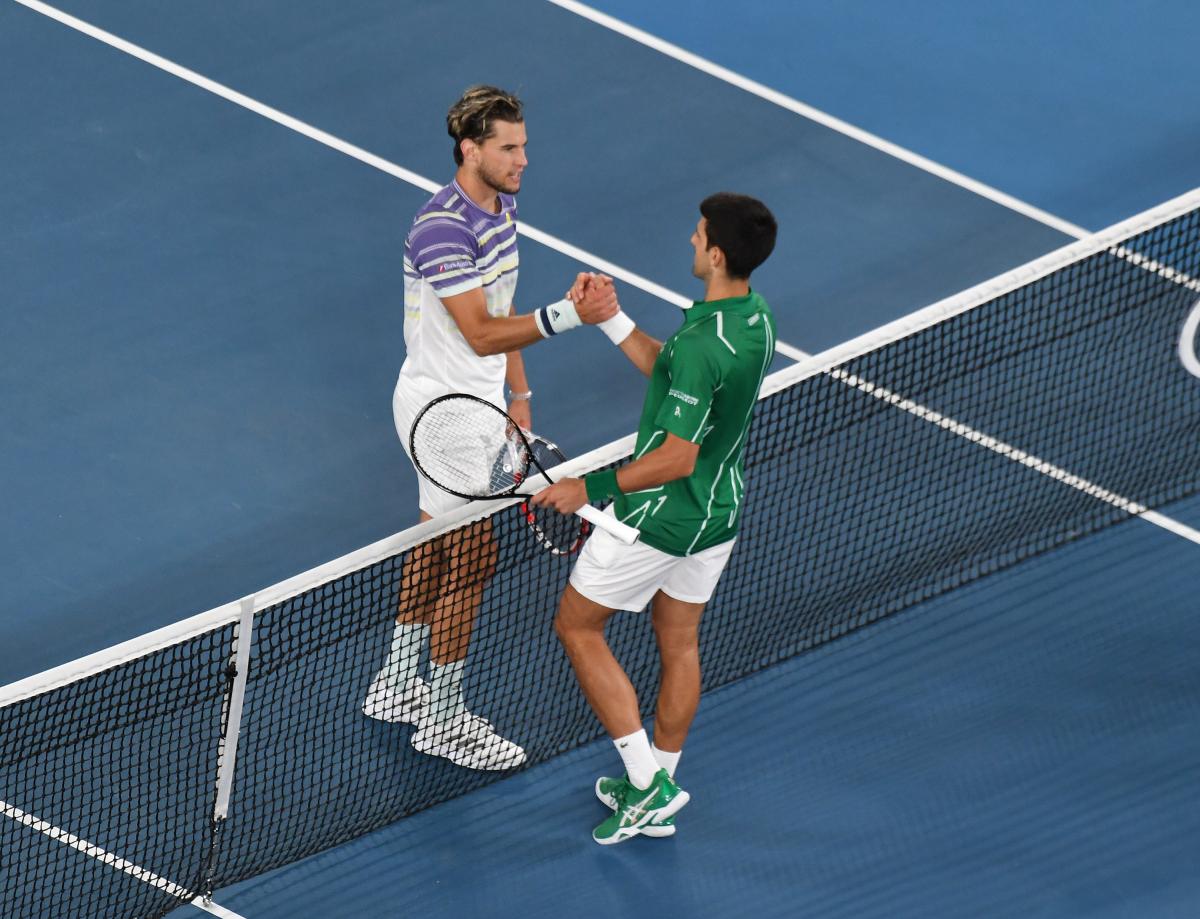 While Novak Djokovic holds quarantine court from his Adelaide balcony and Rafael Nadal focuses totally on COVID-limited limited training, Dominc Thiem is confident that the Australian Open will begin as promised on February 8.

The Austrian ranked third in the world is holed up in the same suite hotel as his rivals – all of whom are booked for an exhibition next weekend in the City of Churches before transferring to Melbourne and the long-delayed Open.

Djokovic has been in near-daily view, giving a local radio interview from his balcony several levels above a quiet street in North Adelaide barely a kilometre from the training courts at Memorial Drive.

He has also danced as Serbian fans below played a Balcan folk song and has also been spotted frequently taking in the sun of a South Australian summer in his suite’s limited outdoor space.

But Thiem, who lost the Melbourne final a year ago to Djokovic, is bearing down in his quest to break an AO trophy duck.

Despite grumblings from some of the players in Melbourne who have been serving their quarantine in less-than-ideal conditions – 72 have been shut in and cannot emerge until the end after arriving on a flight which contained a positive virus testee – Thiem remains convinced the Grand Slam show will go on.

“It would be unfair to everyone else who has made the long journey if the tournament is now cancelled. It was everyone’s own decision to travel here. Nobody had to do it,” he told Eurosport in a podcast..

“So I think the tournament will take place. “

The reigning US Open winner – like Tennis Australia officials and Victoria state health bosses – said the unfortunate and unequal situation between players cannot be helped.

“Honestly, for the 70 players who were on the planes, it is of course very bitter. They will certainly have a severe competitive disadvantage, that is clear .

“There are still nine days until the start of the Australian Open, but in contrast to the others who can train normally, this is a huge disadvantage.

“It was incredibly unfortunate for them, I do also very sorry for them. But of course everyone knew what they were getting into.

“Tennis Australia and the whole country tried everything to allow the tournament to take place and that is also a sensational performance. “

Thiem is travelling with a reduced squad comprising his father-coach Wolfgang, his brother Moritz and physio Alex Stober.

Main coach Nicolas Massu is stuck at home in Chile after testing positive a few weeks ago for COVID.