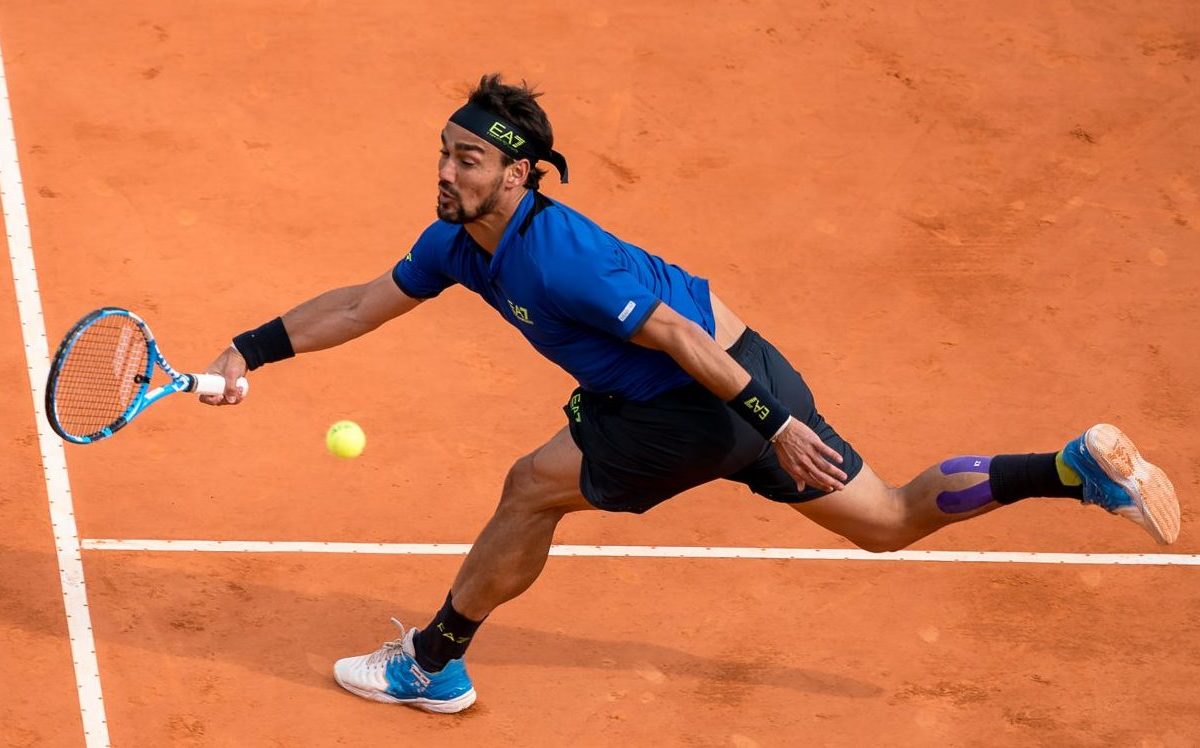 Fabio Fognini spoiled the week for Rafael Nadal as the Italian earned a 6-4 6-2 upset of Spain’s king of clay to reach the Monte Carlo Masters final on Saturday.

The Italian living less than 20 kms away over the border in San Remo halted Nadal’s progress as the second seed lost his bid to reach a record 12th trophy on the clay of the principality.

Nadal was stunned after saving the three match points in the second set which only just prevented him from suffering his first love set since the 2005 final here against Guillermo Coria, which he eventually own in four sets.

“This was one of my worst clay matches in 14 years” the 17-time Grand Slam winner said after losing on Fognini’s fourth opportunity.

The Italian will play his first career Masters final against Serb Dusan Lajovic, who upset 10th seed Daniil Medvedev 7-5, 6-1 in windy conditions which made controlling the ball difficult.

Fognini has had Nadal’s number, beating him three times in 2015. The first winning set for the Italian stopped 25-set win streak in the principality for the Spaniard.

The last man to take a set off Nadal here was Britain’s Kyle Edmund in 2017.

“It’s difficult to find any positives – I deserved to lose,” Nadal said after losing as he returned to the ATP a month after pausing for a knee injury.

“The vision is clear,” Nadal said. “I played a very bad match against a good player – in that situation, you have to lose.

“I had a bad feeling, it was a tough day. I’m coming from low moments in terms of injuries, and in terms of the mental side it has not been easy to accept all the things that have been going on during (recent weeks).

“Everything was wrong. Today I deserve to lose because I played (someone) that was better than me today.

“I always expect the best. But you have to be ready to accept the negative things… and today was a negative day.”

Fognini was happy with his fourth career win against Nadal from 15 matches.

“I’m calm, I want to enjoy my victory. I’ve beaten Rafa on clay, I’m really happy, it was windy and tough to play.

“Of course it’s a surprise to play Lajovic, but he’s playing good. This will be the final that no one expected. I’ve been very lucky to get here.”