Ljubicic plans for life after Federer 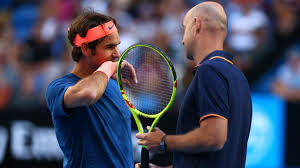 Ivan Ljubicic will bow out of coaching once his gig with Roger Federer is done, with the Croatian already looking ahead to his future in tennis.

The former player with 10 ATP titles who lifted his country to the 2005 Davis Cup, told Croatian media of his long-term plans as Federer continues training and rehab with a 2021 return in sight after two knee procedures this year.

With tennis shut down until next month due to the COVID-19 situation, Ljubicic, a part of Team Federer since 2016, has had some time for reflection.

In addition to his time on court with Switzerland’s iconic 20-time Grand Slam winner, Ljubicic has been spreading his wings into the area of tennis management.

His LJ Sports Group has picked up a pair of clients from his own Balkan region, with the Top 20 pair of Borna Coria and Marta Kostyuk signing on.

“Roger will be my last coaching job. My commitment to this project after Roger is absolute,” Ljubicic told Novi List.

“My work with him is unquestionable and there are no problems there. After his career, I can dedicate myself 100 per cent to what makes me happy.

“As far as the coaching part of the job is concerned, it’s exclusively Roger. The rest (his agency) is marketing and sponsorship.”

Fourth-ranked Federer, who turns 39 on August 8, is carefully setting the stage for his ATP return after last competing in January’s Australian Open, where he lost a semi-final to Novak Djokovic.

“Everything is under control. We are planning the next season,” Ljubicic said “It’s a wish and a dream for everything to be like in 2017 (Federer returned from a 2016 knee injury, winning the Australian and Wimbledon).

“But it’s clear that every situation is new – but we are all positive.

“Everyone is a little too focused on Grand Slam titles. They are the biggest tournaments in our sport, but they are not the only valuable thing.

“We’re not all crazy about Grand Slams; Federer loves sports and will play as much as he can.”