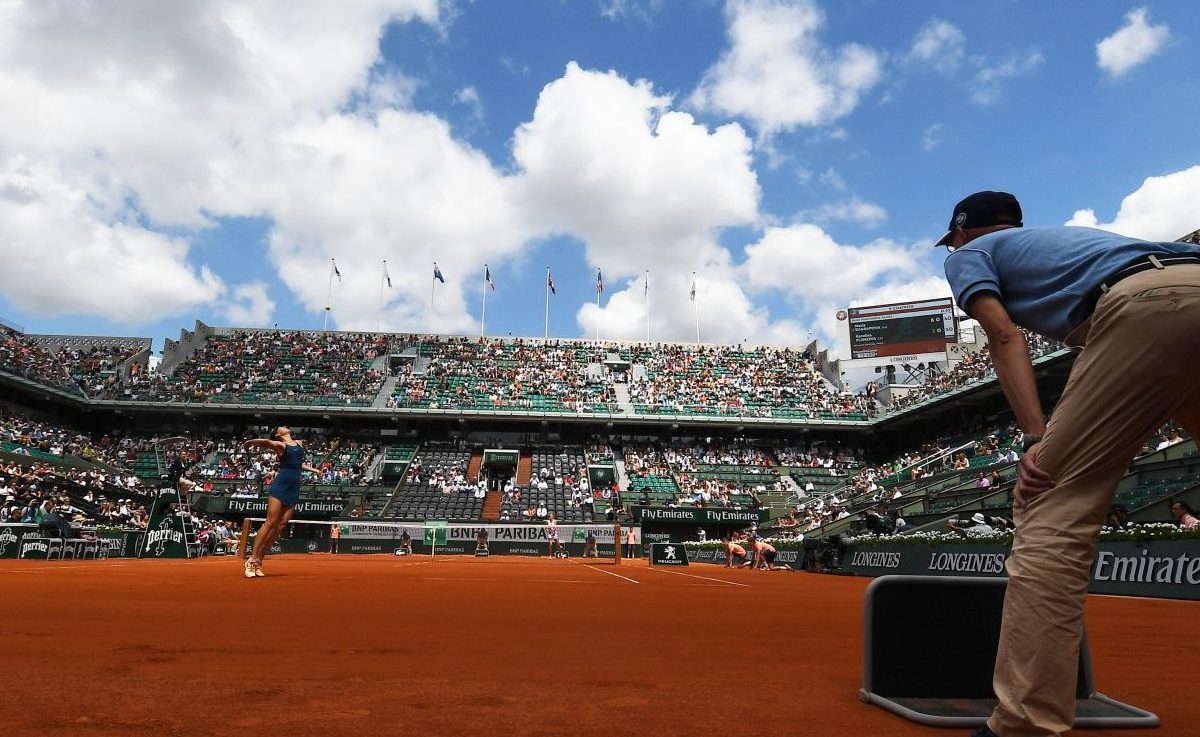 The French Open at Roland Garros begins this weekend and despite the protestations of a certain Australian loudmouth, is one of the BIG five slams of the year. From May 26 to June 9 the world’s best will battle it out on the clay. Publisher Roger Parker gives his tips for glory on the red dust of Paris…

THE MEN
Rafa Nadal
After clinching La Undécima last year, Nadal will be looking to add an unheard 12th French Open title and his 18th Grand Slam. In a best of five on clay, Nadal is virtually unbeatable. It is difficult to find a weakness in a man who has a 86-2 record in Paris.
This time last year there was no question that Nadal was the favorite to win the French Open, given that his only major rival during this period was Roger Federer, who kept opting out of playing on clay to preserve his body for Wimbledon.
The Spaniard’s impressive win over Novak Djokovic in the final of the Italian Open also means that he will travel to France in peak form.
If there is anyone or anything that could stop Nadal from lifting another French Open title, it is his body.
Novak Djokovic
This time last year Novak Djokovic seemed like he was down and out.
Having spent all of 2017 and the first half of 2018 in a mysterious slump of form, no one could quite predict whether he would be able to make a comeback.
He has held four Grand Slams at once before and he will be going for it again. The world number one decimated Rafael Nadal in straight sets in the first slam of the year in Australia. But his form has cooled down since then as he suffered unexpected losses in Indian Wells and Miami.
Djokovic  saves his best tennis for the slams   An all-round player, Djokovic is a dangerous player on clay and is one of the two players to beat Nadal at the French.
Will it be number 15 for the Serb?
According to Amazon Prime tennis expert Greg Rusedski, who didn’t name Roger Federer as one of his contenders for the Roland Garros crown Rafa and Novak’s closest contenders for the French Open could be young guns  Dominic Thiem and Stefanos Tsitsipas rather than Roger Federer who has made a concerted effort to return to Roland Garros for the first time since 2015.
The former British No 1 also believes Fabio Fogini is a potential wild card though admitted there is an uncertainty over which version of the world No.11 will turn up on the day.
Roger Federer
His only  win at the French came in 2009 and the Swiss will be looking to add another slam in Paris before he calls it a day.
Federer has made the emotional admission (20 May 2019)  that the French Open could be his last EVER professional tournament – because at his age, any tournament he plays could be.
Federer made the bold decision to return to clay during the 2019 season after deciding to skip it for three years in a row.
The Swiss veteran prompted theories that he could retire at the end of the current season by the announcement, and he has now admitted that his trip to Roland Garros could be his last tournament in the sport.
“The fact that this can be my last Roland-Garros? Each tournament can be the last,” Federer told French TV channel Stade 2.
Although the 37-year-old admits that any tournament he now attends could end up being his last, he isn’t planning for it to be at the upcoming Grand Slam.
He continued: “I do not see my arrival at Roland Garros this year as if it was the last.
“I want to play it like 10 years ago, it does not change.

“I will be happy if I win a few games and if I can perhaps spend the first week at Roland Garros.”

“We do not know the draw, it’s hard to talk about it. But it would be a shame to visit Roland for the last time.
“It would be bad, but I will give my best.”
Furthermore, clay is the most demanding surface on the tennis tour. With Federer at 37, it could prove too difficult for him to maintain the kind of form required to win perhaps the most gruelling Grand Slam of them all.

It is not a surprise that for last year’s French Open finalist, clay is Thiem’s favoured surface.

If there is anyone who can beat the Spaniard on clay, it is the Austrian.

His all-round game makes him a threat on clay and Roland Garros represents his best chance of winning a Grand Slam. The only hurdle that stands in his way is Nadal, who has beaten him in the semis and finals in the last two years.

Already being heralded as the successor to Nadal’s rule over the clay court season, last year’s runner-up  has shown that he is ready to make the push to win the French Open. Although he ultimately lost to Djokovic in the semifinals in Madrid, he did manage to beat Federer in the quarters. For that reason the young Austrian is unquestionably one of the favourites to go on and win the French Open.

Alexander Zverev
Current ATP Masters title holder Alexander Zverev’s disappointing 2019 continued when he crashed out of the Italian Open in the second round earlier this month.
Losing  to home favourite Matteo Berrettini, meant that  his preparations for the French Open   are far from ideal.
The German has only gone past the quarter-final stage at one tournament this year and is not in great shape ahead of the second grand slam of the season.
“ I still got to improve. And as I said a few weeks ago, I think every week is going to be better for me and this week was better than the last week, the last week was better than the previous week, and next week I hope is going to be better than this week, so basically for the French Open I’ll be perfect (laughing).”
Zverev said recently in Rome that “being a top four seed in the French Open has zero importance”. That remains to be seen.
Stefanos Tsitsipas
This young Greek player has shown that he will be a force to be reckoned with in the very near future. This season he has defeated both Federer and Nadal, and has two titles under his belt.
His performances this year have presented the case that he has arguably overtaken Alexander Zverev as the figurehead for the next generation of tennis stars.
Whilst the German cannot seem to maintain any kind of form, Tsitsipas has gone from strength to strength. Although it would be a shock if he won the French Open, his performances in Madrid and Rome showed he’s no slouch. Therefore, he deserves to be on this list. 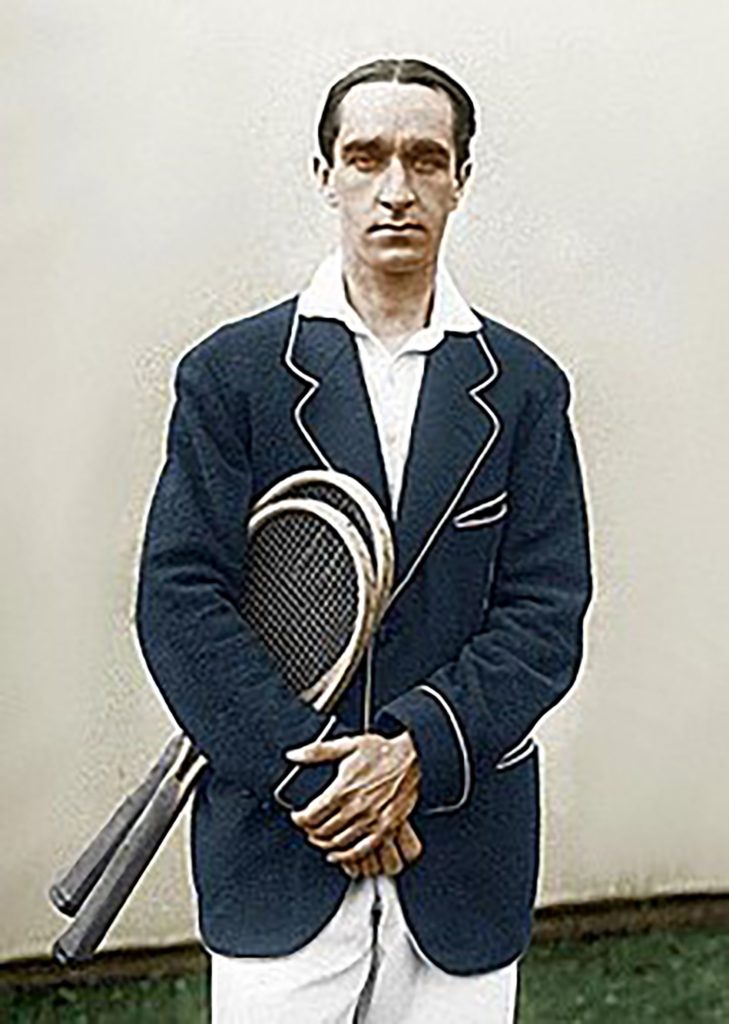 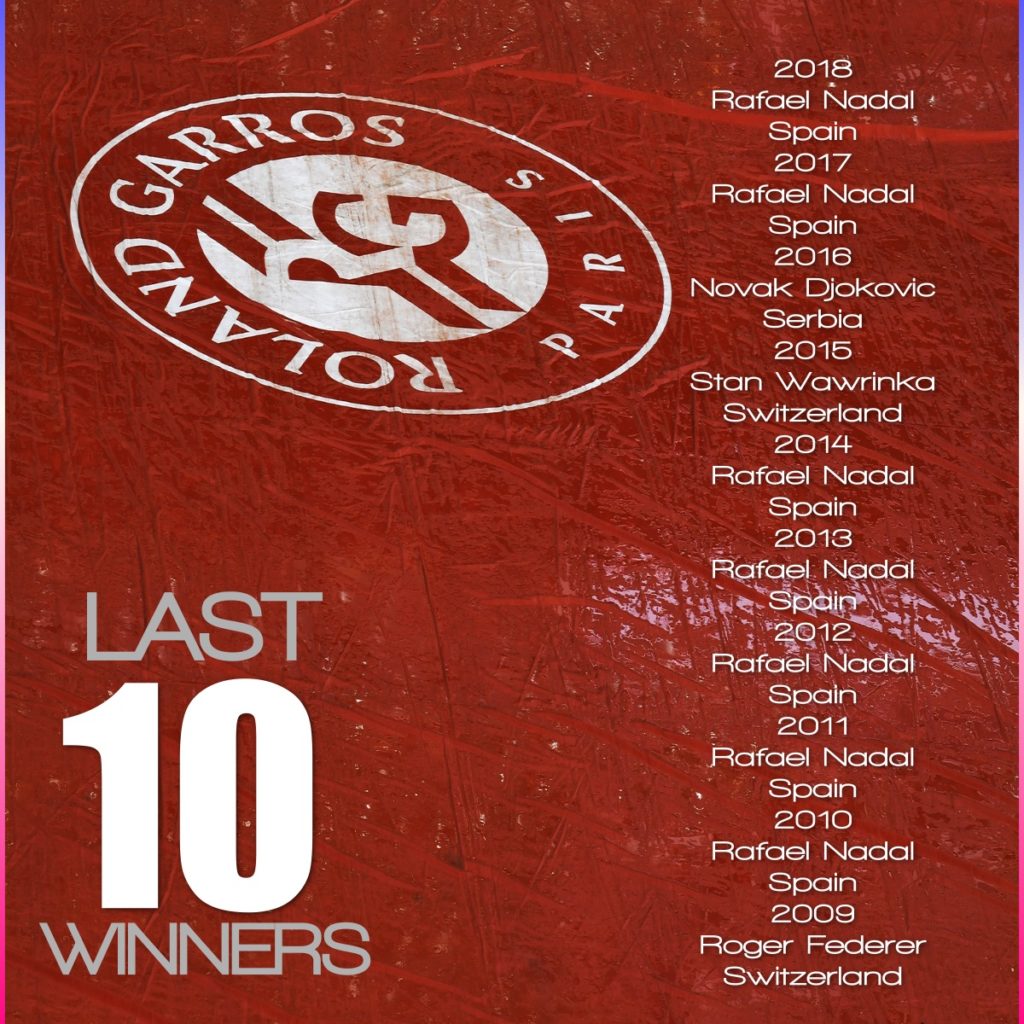 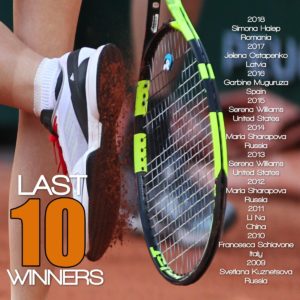