Legend Laver to Djoko: Come clean on your special status 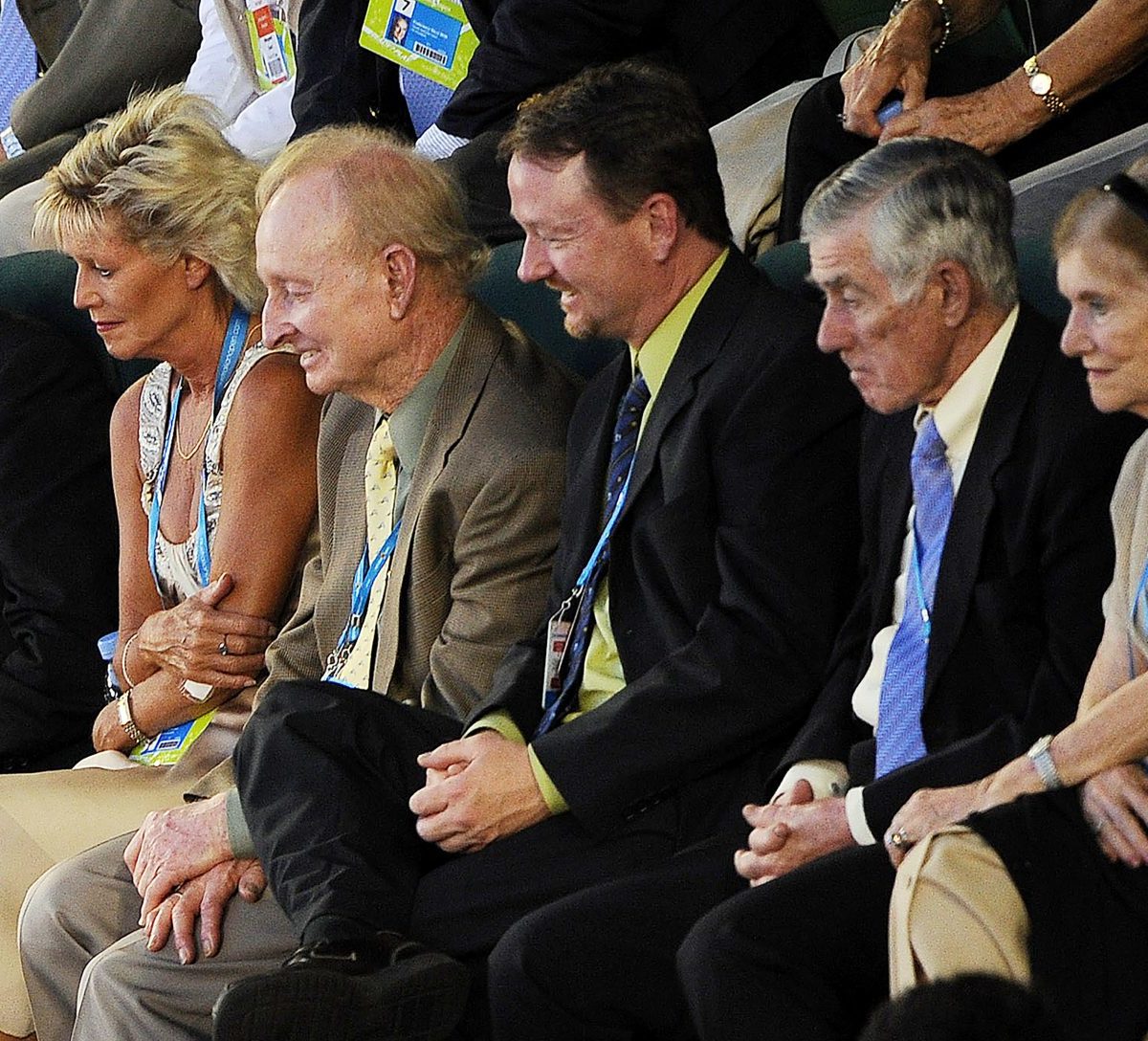 Tennis icon Rod Laver has called on Novak Djokovic to explain details of the medical exemption granted to him despite his unvaxxed, no-jab health status.

Djokovic was awarded the exemption on unspecified health grounds by two panels of medical experts in Australia, who reviewed what officials said were 26 exemption applications blindly, approving a handful.

But it would not have taken much guessing when they came to the one from a 34-year-old Serb with doctors in Belgrade and Monte Carlo.

Laver advised Djokovic – currently stuck in border limbo after trying to enter the country with what was described as a visa class which does not permit medical exemptions.

Should his attempts to convince border bosses fail, Djokovic could be put on the first flight back to Europe, like any other unfortunate punter.

‘If he’s got a reason for (the exemption) then … we should know it,’11-time Grand Slam winner Laver told News Corp.

‘Yes, you’re a great player and you’ve performed and won so many tournaments, so, it can’t be physical. So what is the problem?'”

The Djokovic exception has raised tempers in Melbourne which has copped months of lockdowns in a useless effort to stamp out COVID.

Should Djokovic enter the country and play the major, his reception promises to be hostile from the locals.

‘I think it might get ugly,’ Laver said. ‘I would think the Victorian people would be thinking ‘yes I would love to see him play and compete but at the same time, there’s a right way and a wrong way’.’

Djokovic, a noted anti-vaxxer and winner of more than USD 150 million in career prize money alone, has never revealed his jab status but has railed against the concept of vaccines since before the pandemic kicked in.