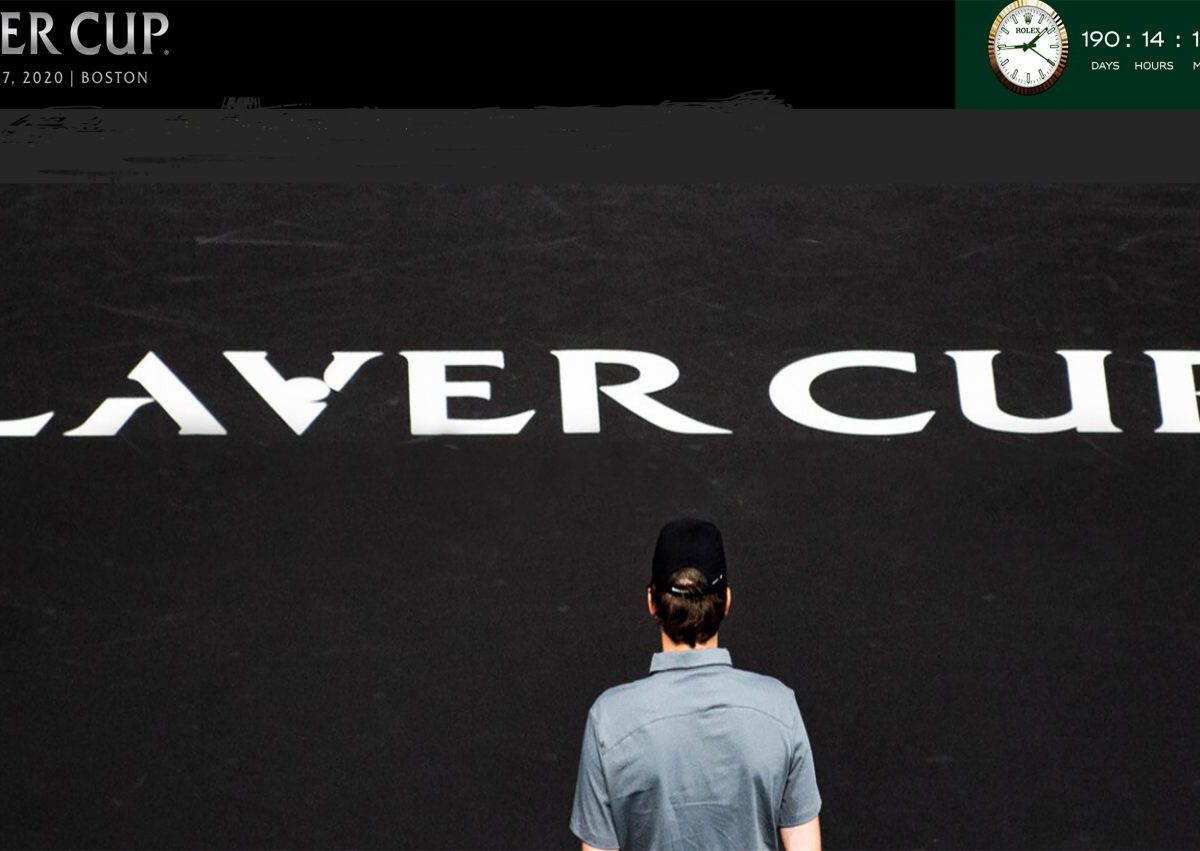 The Laver Cup will stand firm in the face of the clashing French Open date change while US Open may be starting to wobble regarding its own upcoming edition.

“The tennis world learned today that the French Tennis Federation intends to schedule Roland Garros from Sept 20 – Oct 4, 2020 due to the impact of COVID-19,” a Laver statement read.

Laver bosses said “this (French) his announcement came as a surprise to us and our partners – Tennis Australia, the USTA and the ATP.

“It raises many questions and we are assessing the situation.

“At this time, we want our fans, sponsors, broadcasters, staff, volunteers, players and the great city of Boston to know that we intend to hold Laver Cup 2020 as currently scheduled.”

Meanwhile in virus-hit New York, the  USTA began hedging its bets on the Open, still set to run August 31-September 6.

The USTA said it “is not at this time implementing any changes to the schedule.”

“We are assessing all of our options, including the possibility of moving the tournament to a later date.”

In an apparent gentle sledge at the French Open, which moved its dates from May to September without consultation on Tuesday, the USTA added:

“At a time when the world is coming together, we recognize that such a decision should not be made unilaterally, and therefore the USTA would only do so in full consultation with the other Grand Slam tournaments, the WTA and ATP, the ITF and our partners, including the Laver Cup. “

All men’s and women’s tennis around the globe is off the menu until at least late April with no promises about resumption currently being made.

The boss of the Monte Carlo Masters holds no grudge against the ATP decision to cancel the season-opening crown jewel of the European clay due to the worldwide virus emergency.

The Mediterranean showpiece was caught out in the wave of ATP cancellations which will see the season halted until last least late April – if not longer.

But Croat TD Zelko Franulovic told L’Equipe that no other option existed for the Monaco-based ATP.

“The ATP made the decision to cancel the tournaments over six weeks, no other option was possible,” he said.

“And it is a good decision, because it is once again a question of the health of the players and the spectators.

“The situation is getting worse everywhere, you have to be lucid. s you can imagine, it was a big blow when we took note of this decision.

“It’s sad, not only for me but for all my team who worked so hard for this 2020 edition.

“It is also sad for the players, who love the tournament, but also for our partners, the public and the viewers of the whole world.

“But it is health that prevails, we did not want to take any risks.”

The gala event draw a majority of its crowds from Italy, whose border lies just a few kilometres away from the seaside Monte Carlo Country Club.

With the neighboring nation a hotbed of European infection for now, the cancellation decision became a no-brainer, especially since the option of playing behind closed doors without fans was labelled unappealing all around.

The principality of Monaco is a separate nation but the tournament venue lies inside France, with its national prohibition on the gathering of any large crowds during the COVID-19 emergency.

Franulovic said that ticket refunds will be made automatically to punters within two or three weeks.

The TD said that financial damage to the tournament cannot be currently calculated, but will surely sting in the short term.

“There will be a (budget) shortfall, it is no secret. But it is very difficult to estimate because we are talking here about ticketing recipes, agreements with partners …

“It is unbelievable at the moment. But that does not question the financial future of the tournament, which is not in danger.”

Meanwhile Simon Halep has pitched in financially as Romania battle the COVID-19 drama, with the world No. 2 donating an unspecified sum to national relief efforts designed to prevent further spread of the virus.

Halep posted a video on her social media announcing her donation while urging others to make their own contributions in the wake of the worldwide health emergency.

“I decided to donate a sum of money for the purchase of the necessary equipment and materials in such situations, the amount that will be directed immediately to the medical authorities in Bucharest and Constanta”, the reigning Wimbledon champion said.

“I encourage everyone who can support to contribute to the joint efforts to combat this virus”.

“In the meantime, let us all take care of ourselves, be responsible and positive! God help us!”