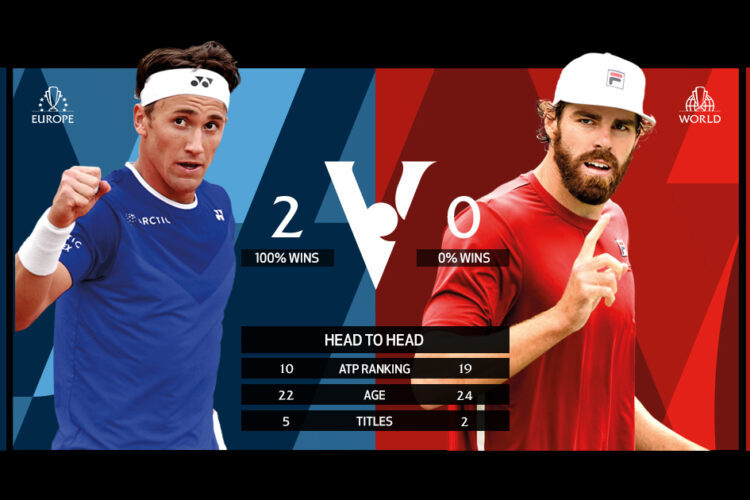 Norwegian Casper Ruud has had his best ever year on tour, culmination in the defeat of Denis Shapovalov in Geneva.

He then won three straight ATP finals (Bastad, Gstaad and Kitzbuhel) and has risen to No.10 in the ATP rankings.

Against American Reilly Opelka he has a 2-0 head-to-head advantage, the most recent a win in Cincinnati.

“Even if he played really well last year, this year he has been playing extremely well. I’m happy to have him on the team.”

Opelka is no slouch, he beat world No. 3 Stefanos Tsitsipas in Toronto recently and has one of the game’s most powerful serves.