Laura Robson career may be over after more hip surgery 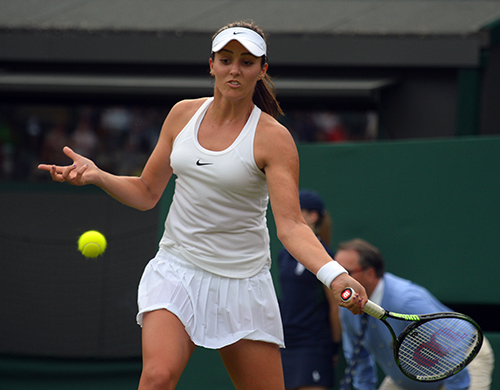 Laura Robson received an unwelcome 27th birthday surprise announcing on her Instagram account that she has had to undergo a third hip operation caused by damage to her hip socket, the same problem that has dogged fellow Brit Sir Andy Murray.

Robson had started serious training again in December following what she thought was a successful second bout of surgery but the extra strain on her hip left her in agony.

Hinting that her career may be over Robson told her Instagram followers: “I was desperate to carry on with training but was in so much pain that surgery was unavoidable … A decision has been made to prioritise the long-term health of my hip. Where that leaves me with tennis I’m really not sure … More than anything my goal is to have a happy, pain-free life.”

She won the Wimbledon Girl’s title aged 14 and a successful career looked a certainty but that prospect looks destined to remain unfulfilled.

In a sad coincidence Laura won an Olympic Mixed doubles silver medal at the 2012 London Summer Olympics alongside Andy Murray whose later career has been blighted by hip surgeries too.