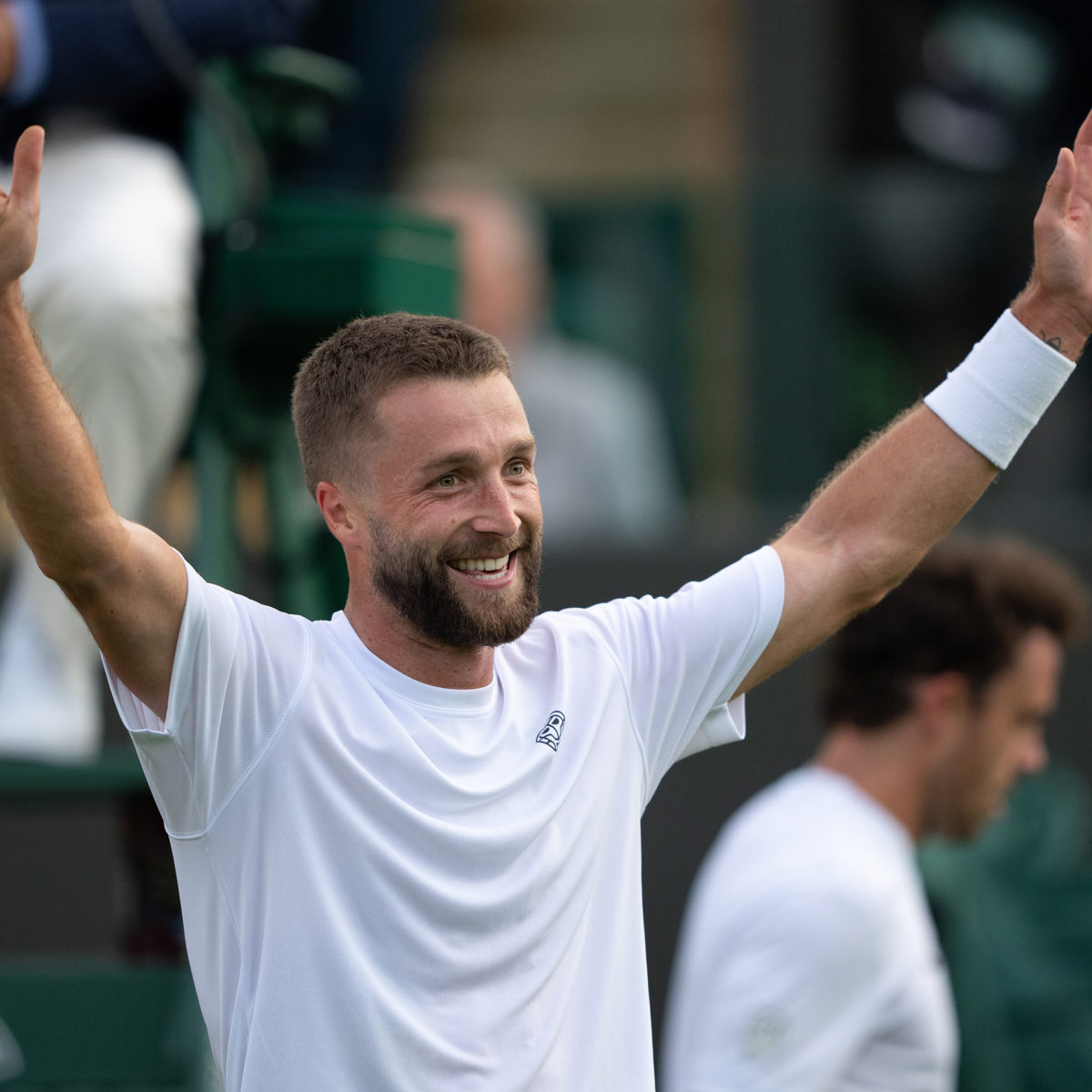 Britain’s odd man out – singles substitute Liam Broady – kept flying the flag with a 7-5, 3-6, 6-3 shocker of a win over Wimbledon semi-finalist Hubert Hurkacz to advance to the Tokyo Olympic third round.

The No. 143 who was brought along to make up the numbers, finds himself as the last man standing after defeating the Pole who upset Roger Federer this month at the All England Club quarters.

“It’s obviously a career-best win and at a career-high moment, coming in and representing GB at the Olympics, so it couldn’t have gone better,” the British No. 5 said. .

“I don’t think anyone expects very much of me, I think that kind of works well for me.

“It’s nice to get this result just to know that I’m doing some things right. Obviously to beat somebody of that calibre at the Olympics, you have to be doing better than I was, so it’s nice.”

Hurkacz, seeded seventh, found that even 16 aces were not enough to keep him from an upset loss in two and a quarter hours.

Broady, was inserted into the Games lineup after British No. 1 Dan Evans could not travel due to a positive COVID test.

“I found out last Friday and then things shut down a little bit over here for the weekend and I was flying on the Tuesday. Twelve hours a day trying to organise everything and luckily we got it all sorted,” he said.