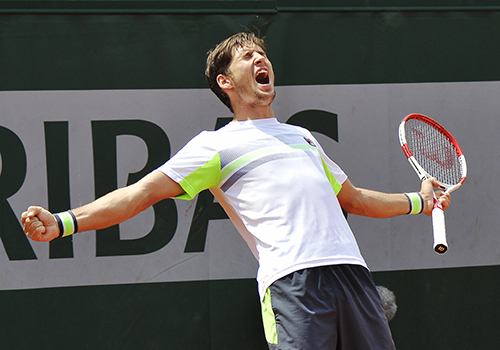 Serb Dusan Lakovic has given up his position as fourth seed at this week’s new ATP 250 tournament in Marbella, preferring to remain at home to get his first COVID vaxx jab.

The No. 29 takes the opposite attitude of compatriot and world No. 1 Novak Djokovic, who is a confirmed anti-vaxxer – along with a group of players on both the ATP and WTA Tours.

But outlier Lajovic believes that getting vaccinated makes perfect sense.

Serbia somehow finds itself with a surplus of vaccines but a population inclined to scepticism. As an elite athlete in the admittedly small national pool, it is apparently not a big problem to be vaccinated at age 30.

Lajovic received his first of two shots this week under a programme coordinated with the national Olympic committee and is due to get the other in just a few weeks towards the end of the month following Djokovic’s Belgrade ATP event.