Grass courts too, just look at some of the play at Wimbledon in past years, say some.

And slower courts will favour the clay court specialists. Players like Rafa Nadal – who tournament directors want to star at their events.

This last week in Canada the debate rolled on. 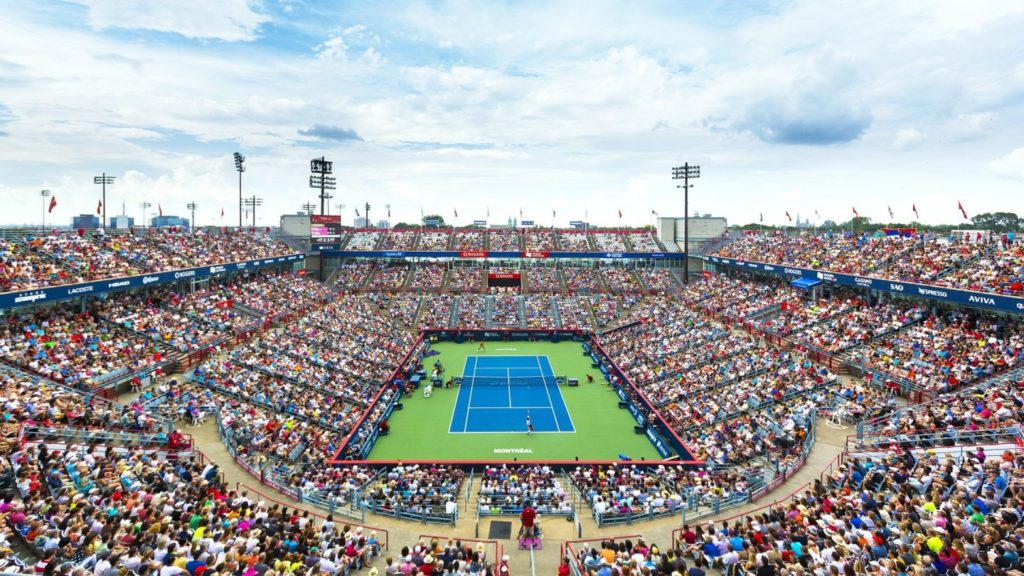 In an interview with the L’Equipe, the tournament director of the Montreal Open, Eugene Lapierre, revealed that the courts have been slower – and – higher bouncing.

“I think Nadal will love the surface,” Lapierre said.

We slowed it down a bit more so the players can be on an equal footing between the big hitters and the good returners, so it should suit him (Nadal) a little better.”

Dominic Thiem, who has a good week on the surface, after a disastrous european tour, said he observed during practice in Montreal that the surface has ‘decelerated’. 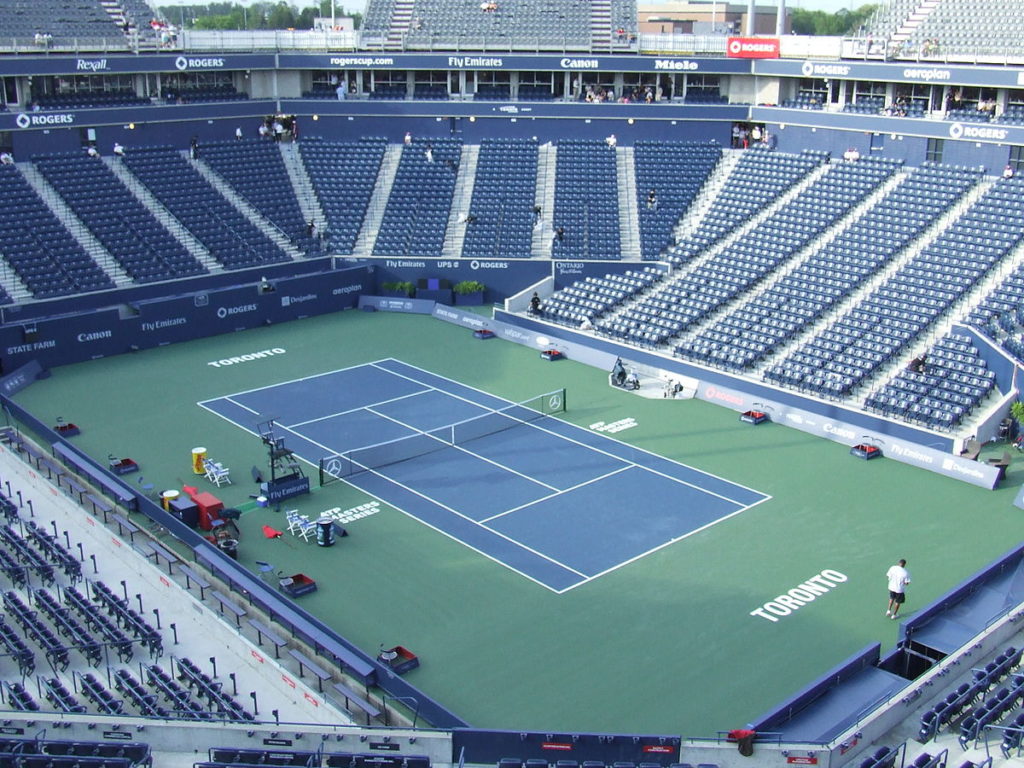 “Not very drastic,” he said later. “But the court has certainly slowed down.”

Thiem, remember, is another clay specialist.

So, great for the clay court boys – but not so good for others.

Those with a good slice will have a distinct advantage and a full power serve is back with a vegenance. 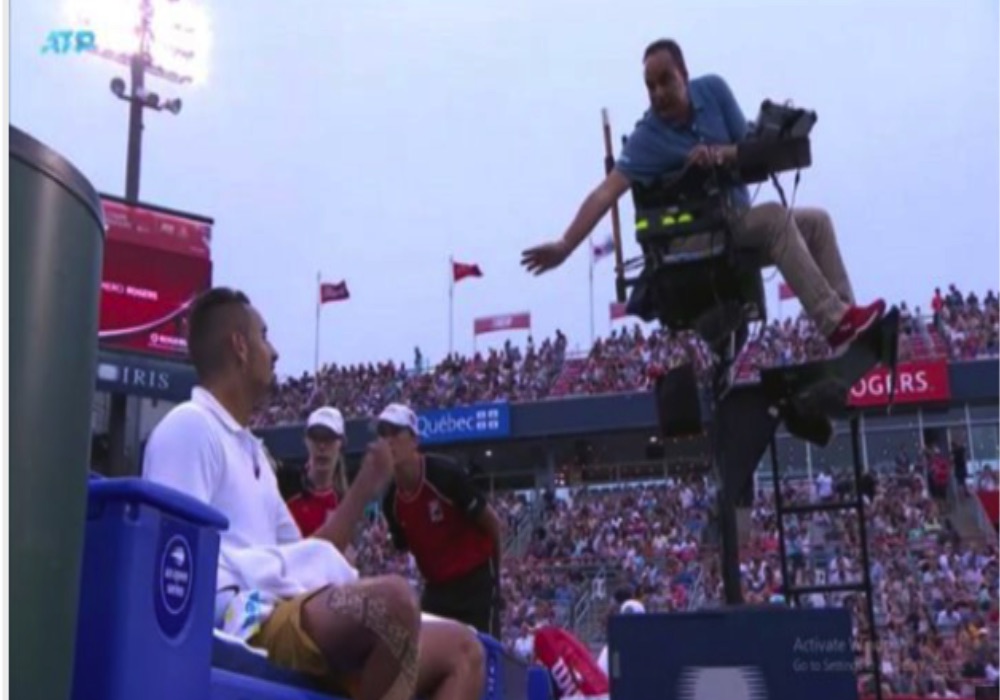 WE were hoping to have a Krygios-free week, but …

Fresh off his Washington Open triumph, Kyrgios lost his cool on Wednesday as the Australian moaned about the the absence of a white towel in a rain-interrupted 6-3, 6-4 loss to Kyle Edmund in the first round of the Rogers Cup.

Bizarrely the towel issue proved to be real negative for Kyrgios, who began his complaints as early as the first set.

And umpire Adel Nour copped the brunt of it before a fresh set of white towels to replace the tournament’s branded towels arrived.

Down 5-2 in the first set, Kyrgios then ranted: “I just want to know why it took you so long to get a white towel.”

“You’re genuinely telling me you couldn’t radio, ‘Hey physio room, can I get one white towel?’

Kyrgios: “You didn’t think that, or?”

Nour: “Honestly, I didn’t know that we have a white towel.”

Kyrgios: “I told you there was some in the physio when we started the match.”

Nour: “Hold on. Can you hold on now so I can explain to you, please.”

Nour: “You asked me for the white towel. I said I’m not sure if we have.”

Kyrgios: “I told you they had some.”

Nour: “When you told me, I called and said Nick is saying it’s already in the physio … but at the beginning I had to go through the lady here.”

Kyrgios: “It took you 20 minutes for a white towel.”

Nour: “If I can do it myself, I would go and do it, Nick. Okay? But honestly, I will not accept this kind of conversation and that is why you will get a code violation for this now.”

Kyrgios: Took you 20 minutes for this one. 20 minutes. Oh, you brought me two. Thanks.”

For the record Edmund went on to break Kyrgios after a rain break, but what is it with this kid? A tennis player with so much on-court talent, his off-court behaviour is threatening to leave him a tennis also-ran. 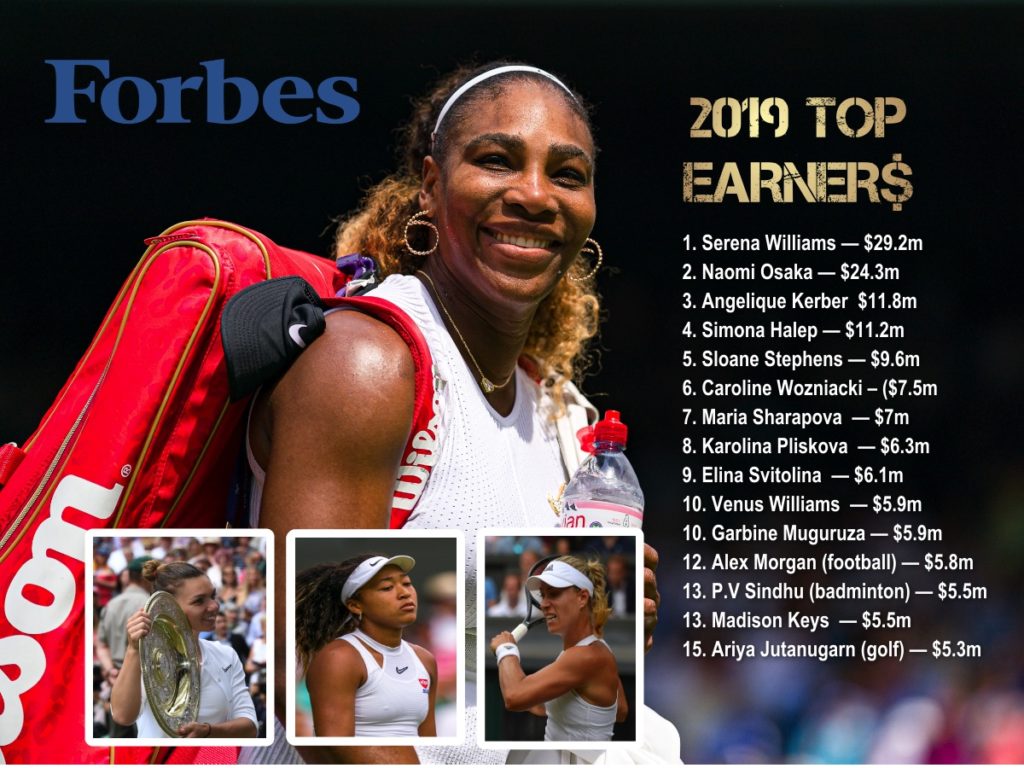 SERENA Williams has topped Forbes magazine’s list of the highest paid women in sports for the fourth straight year.

The business publication calculated that the 23-time Grand Slam singles champion earned $29.2 million in the 12-month period ending June 1 — with just $4.2 million of that coming from prize money.

Forbes listed Osaka’s earnings at $24.3 million, putting her second on the list dominated this year by tennis players.

The highest placed athlete from a different sport was US soccer player Alex Morgan, who was 12th. Morgan earned $5.8 million, most of it in endorsements.

Indian badminton star PV Sindhu and Thai golfer Ariya Jutanugarn were the other non-tennis players in the top 15.

GOOD to read Boris Becker taking about fame this week.

Becker has had his four share of tabloid notoriety – a few marriages and a small fortune long gone since those heady Wimbledon days.

Bit the German seems to just get on with life – good on hm.

The winner of Wimbledon at age 17 in 1987 said expectations on youngsters today in any sport is serious business.

“You’re sitting having a coffee with someone and you’re headline news the next day. Just to compare it with the craziness we are witnessing now with Coco Gauff and she only reached the fourth round (at Wimbledon).”

IT’S shaping up to be the big question of the US Open. Serena v Naomi. Again.

And Serena is bang on form. She recorded a commanding 6-3, 6-4 victory over Osaka in an hour and 17 minutes in Canada on Friday, firing off 31 winners and forcing 22 errors to stake a pre-tournament claim for honours.

Osaka did overtake Ash Barty in the WTA rankings but will be worried heading to New York she cannot find any consistency in her game.

The other big threat for New York? Simona Halep. The Romanian is quietly going about her job, building nicely for another title tilt. 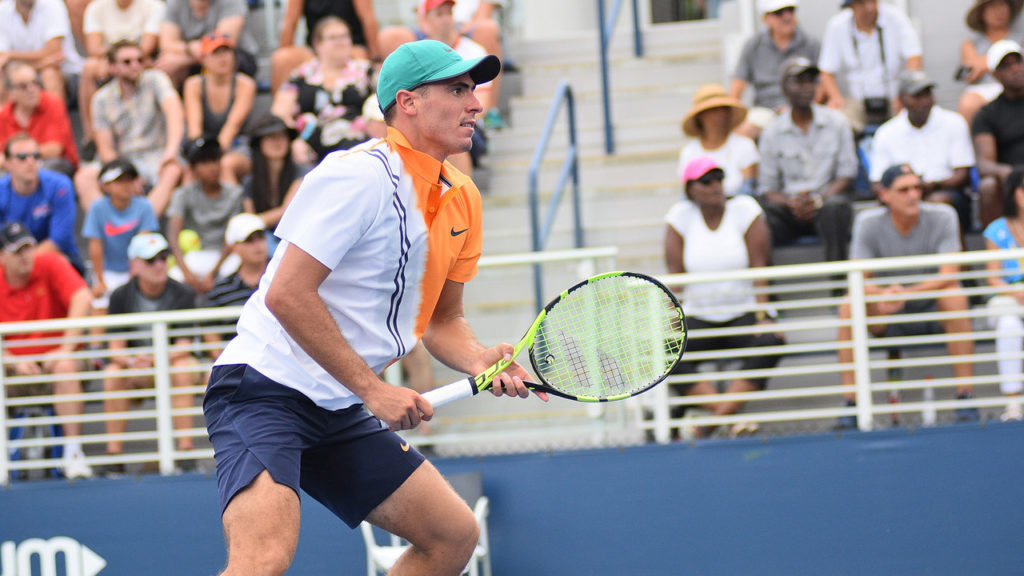 ERNESTO Escobedo, pictured above, is a young name to watch out for in New York. He defeated Bjorn Fratangelo to clinch a 2019 US Open men’s singles main-draw wild card ticket this week.

It took the 23-year-old nearly three hours to cement his place at Flushing Meadows. He will be making his third US Open main-draw appearance.

SHE may have started out later in life as a pro tennis player but Jessica Pegula is no stranger to the hectic and often brutal world of professional sport.

Pegula, 25, is considered a late bloomer on the WTA circuit – not starting out on the circuit until she was 18. Injuries then put her even further down the order, but last week she came good, winning the Citi Open WTA title with a 6-2, 6-2 straight sets victory over Italian Camila Giorgi.

Pegula fell in love with tennis, she says, at age 7, Shoe could have gone a different path – her parents Terry and Kim are the owners of the NFL Buffalo Bills and the NHL Sabres.

AND finally … ‘Let’s do this.” Yes, Andy Murray is back on the singles circuit after accepting a wildcard to play in the Cincinnati Masters.

Murray has only played one singles match in a year – in Australia against Roberto Baustita Agut in January.

But his hip reshaping surgery has gone so well that this week he posted on Facebook: “That feeling when you accept a wildcard for the singles in Cinci… #LetsDoThis #HereWeGo,”