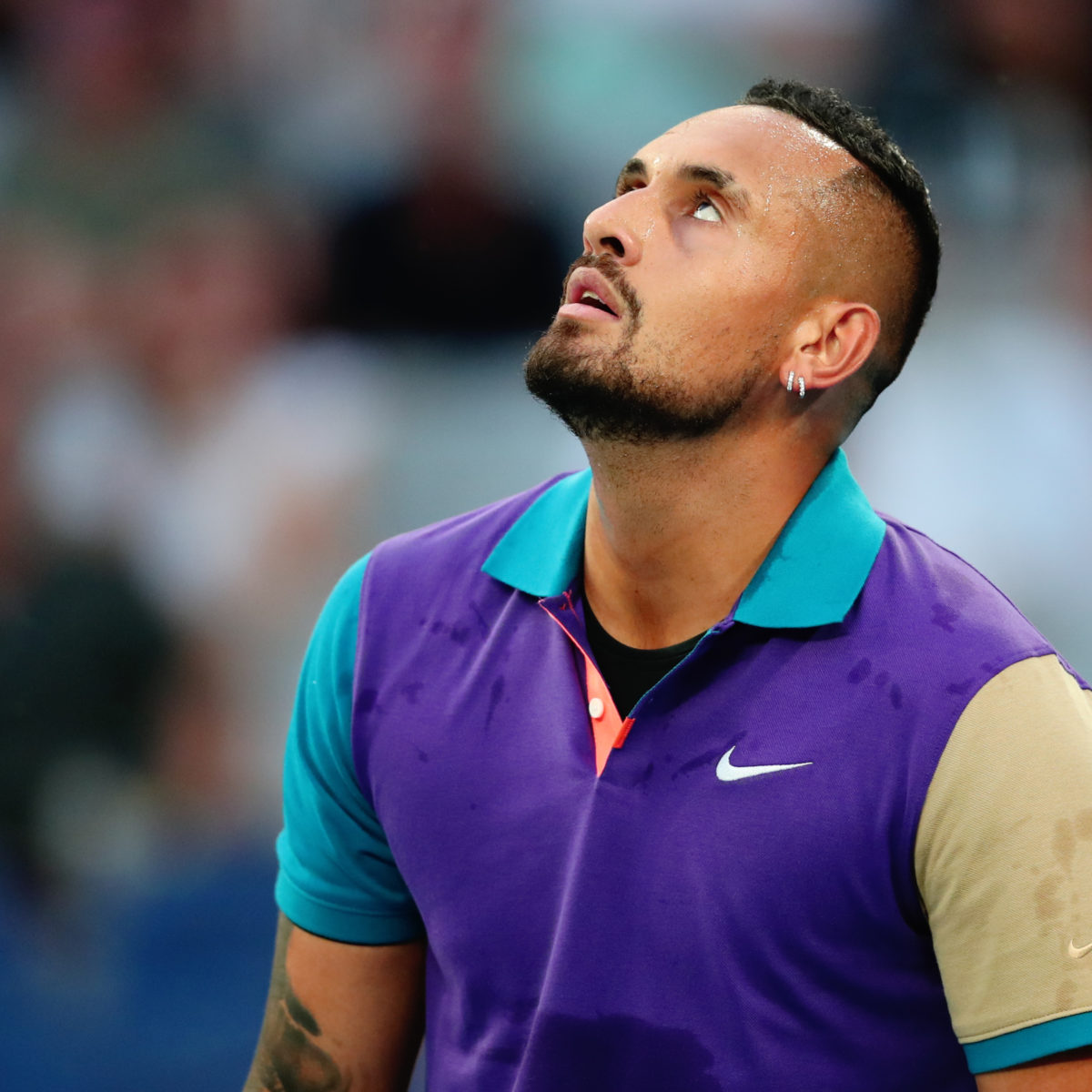 Kyrgios, Frenchman Ugo Humbert, blew up adamant his serves were not touching the net cord.

“Turn it off. [Umbert’s] serve missed by that much,” Kyrgios said to Veljovic while gesturing a six-inch gap, following a game in which his opponent was called for a dubious let.

“Turn it off bro. It’s this high off the net. I’m not playing until you turn it off. Even on his serve it’s up this far. It’s not just my serve.”

The pair were level at one set apiece.