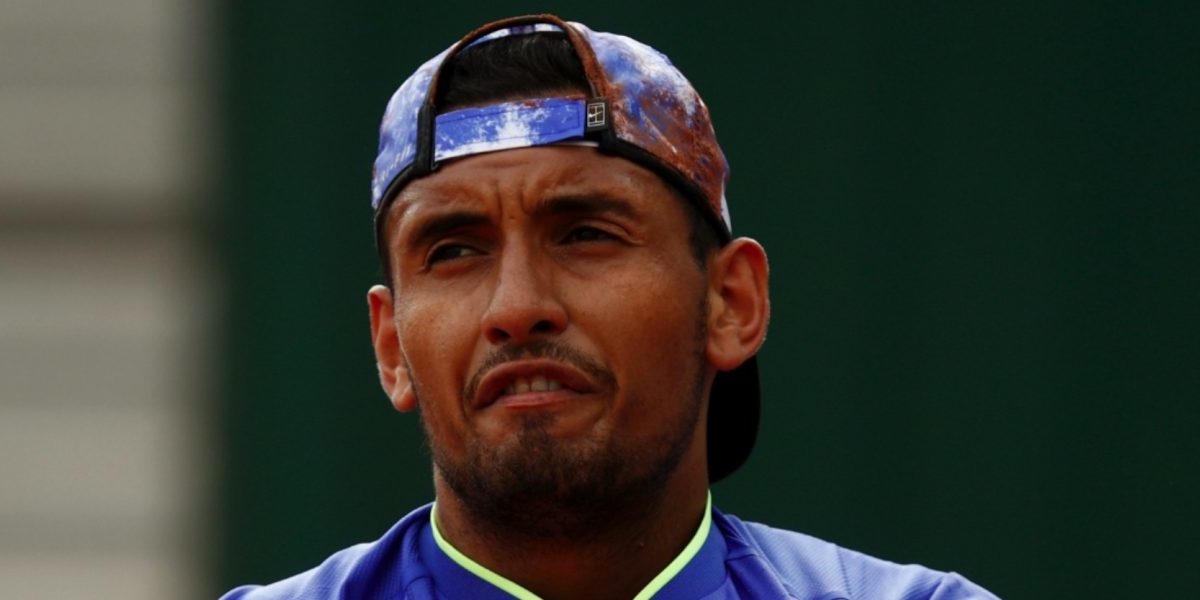 And he wants all clay tournaments dumped to extend the grass-court season in Europe.

Kyrgios made a stop in London yesterday on his way to the French Open and had a hit withe recently knighted British star Andy Murray.

But on his instagram page Kyrgios wished he could stick around in the English capital to compete on grass instead of returning to the red dirt.

“I think this (grass) is the best tournament in the world, look at this perfect green surface.”

“Get rid of the clay, man. Who likes the clay it is so bad.

Kyrgios posted a photo of him sat down on the Wimbledon courts on his timeline.

“Strawberries, Cream and a cheeky stop by the last [eight] club before Paris,” he wrote in the caption.

Ranked 36 in the world, Kyrgios has never reached the second week of the French Open, with a pair of third round exits in 2015 and 2016 his two best showings.

By comparison, he made the quarterfinals at Wimbledon in 2014, beating Rafael Nadal and Richard Gasquet in the process.

His clay-court season in 2019 hasn’t been good – a two-set loss to Jan-Lennard Struff in Madrid before that infamous blow up in Rome last week. 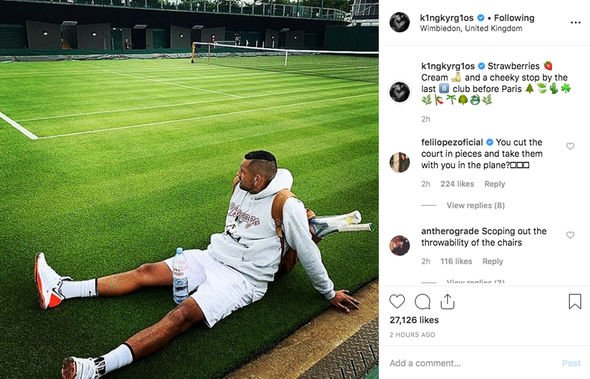 Against world No.74 Casper Ruud Kyrgios grew frustrated at a member of the crowd, and ended up storming off the court after kicking a water bottle and throwing a chair.