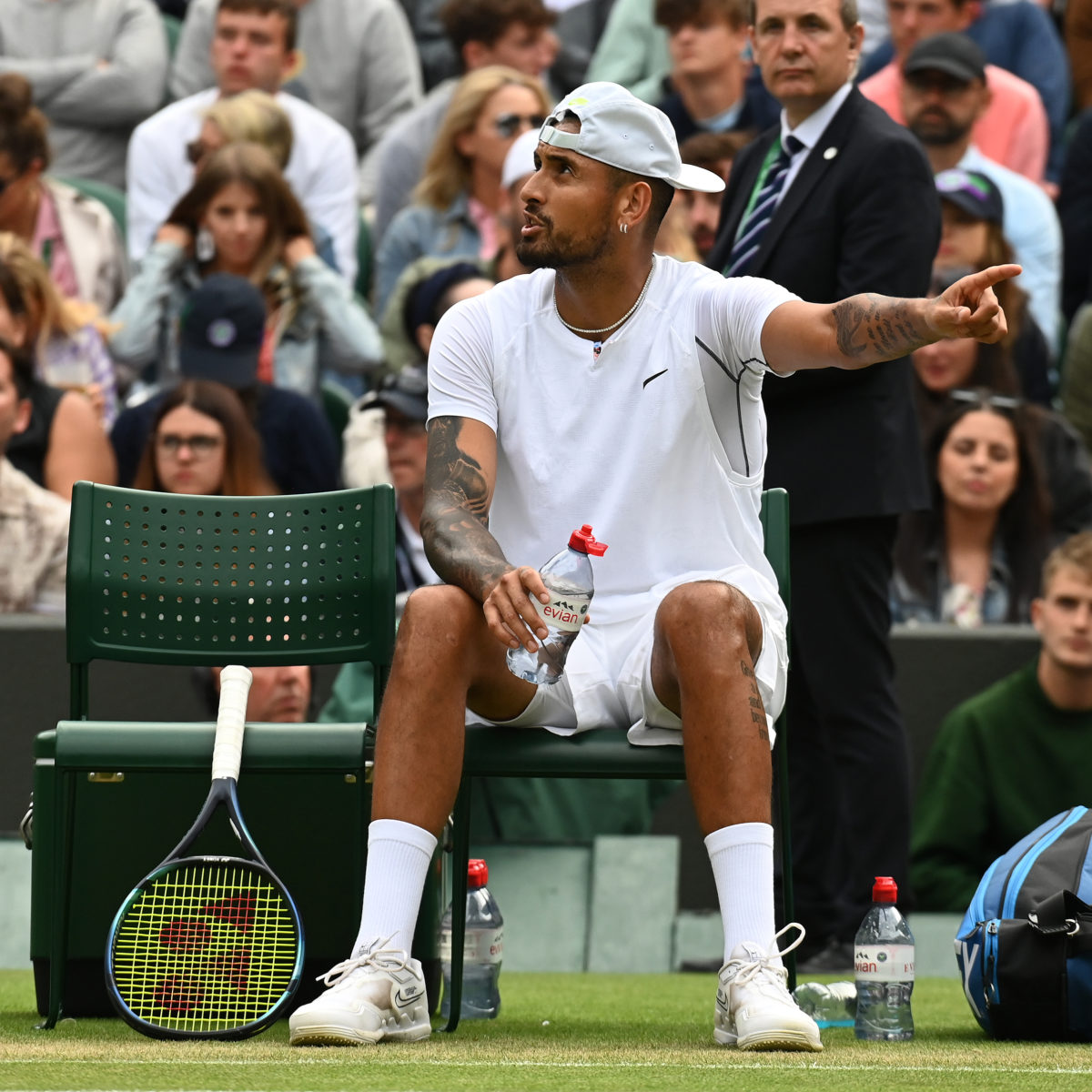 NIck Kyrgios has settled out of court with a Wimbledon finals fan whom he loudly accused of having had “700 beers” and disturbing him during last summer’s final.

The No. 22 who is never far from controversy on and off court, has donated GBP 20,000 to the Great  Ormond Street hospital as part of an out-of-court settlement with Centre Court spectator Anna Palus.

She had sued him in August for making “a reckless and entirely baseless allegation.”

Kyrgios had complained during the final against Novak Djokovic to the chair umpire that Palus, whom he pointed out in the stands, was “drunk out of her mind” and was talking to him during play.

“The one with the dress, the one who looks like she’s had about 700 drinks, bro!” Kyrgios told the chair in the heat of the moment.

Palus was removed for around 15 minutes but then allowed back to her seat in the final won by Djokovic.

Kyrgios made his apology, with a statement released by London solicitors.

“I told the umpire that a fan, who I now know to be Anna Palus, was distracting me during the match, believing that she was drunk,” Kyrgios said in the statement.

“I accept that belief was mistaken, and I apologise.

“To make amends, I have donated 20,000 pounds to the Great Ormond Street Hospital Charity, a charity chosen by Ms Palus. I will not be commenting on this matter again.”

Main photo:- Wimbledon 2022 NICK KYRIGOS points out to the umpire the rowdy female spectator who was distracting him and was ejected by security – Roger Parker International Sports Fotos Ltd