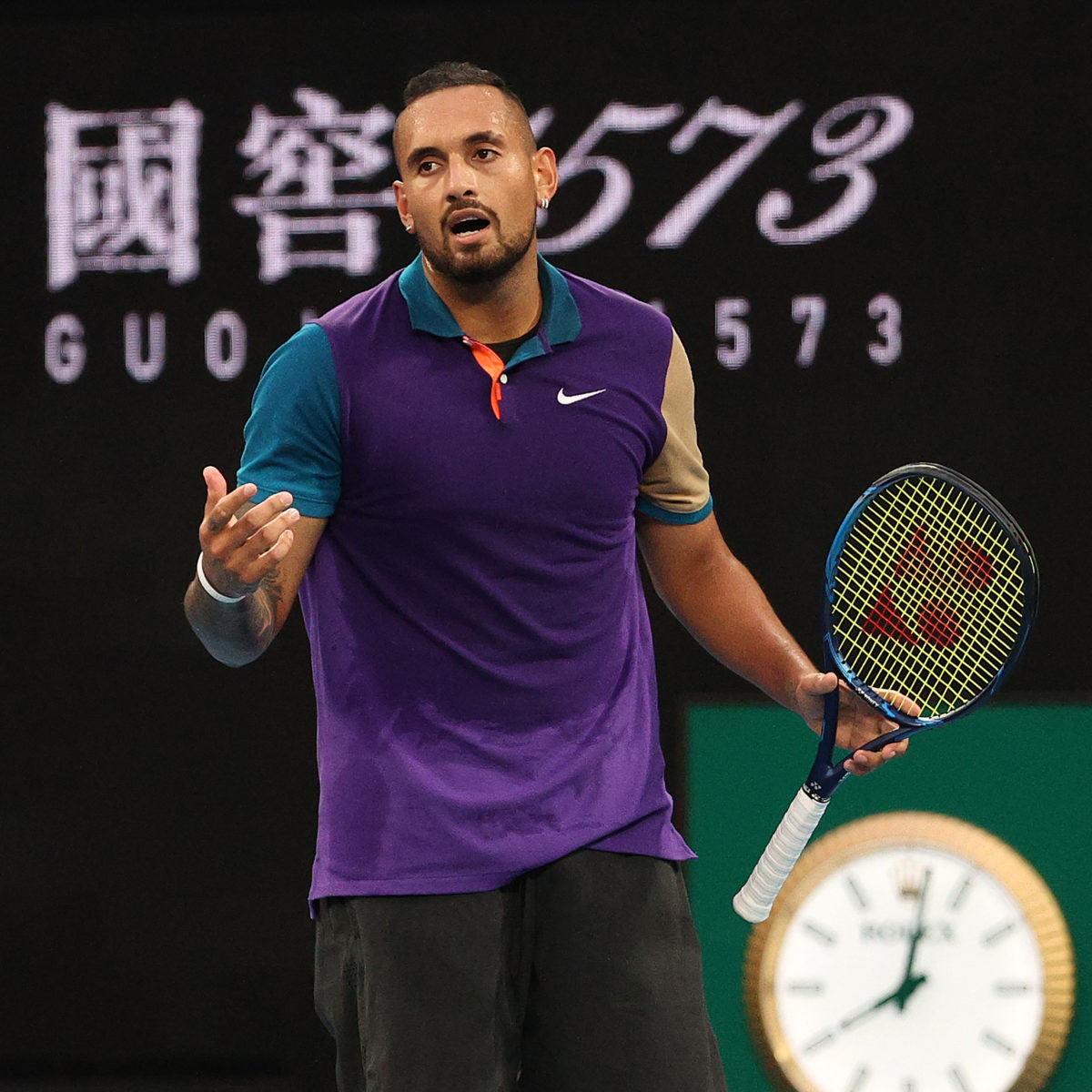 Nick Kyrgios played controlled tennis to emerge from the Australian Open first round winner and quickly defended himself against a sledge from Novak Djokovic on Monday.

The sometimes-combustible Kyrgios played a generally straight bat in his 6-4, 6-4, 6-4 victory over Portugal Federico Silva.

But the player never far from controversy had words for Djokovic as he extended the pair’s current war of words, conducted mainly on social media.

Djokovic remained stoically silent on the issue after his own Monday win; Kyrios had only half an hour earlier expressed puzzlement over criticism from the Serb, who said at the weekend that he did not respect the Aussie “off-court.”

Kyrgios was quick to parry: “He’s a very strange cat, Novak is. Heck of a tennis player, but unfortunately someone that’s partying with his shirt off during a global pandemic (last June’s exhibition Adria Tour).

“I’m not quite sure how he can’t respect me off the court, I feel like I’ve gone about things extremely well.

“During the pandemic I was driving around (in his Canberra hometown)  delivering food to people who didn’t or couldn’t get the supplies. I was extremely careful about what I was doing. I didn’t want to spread the virus to anyone.”

Kyrgios concluded: “Now I’m actually trying to donate meal kits to people that need food. I have my foundation.

During the 14-day player lockdown, Kyrgios labelled Djokovic “a tool” for a presenting list of player hotel-room complaints during the mandatory quarantine period after arriving in Australia.