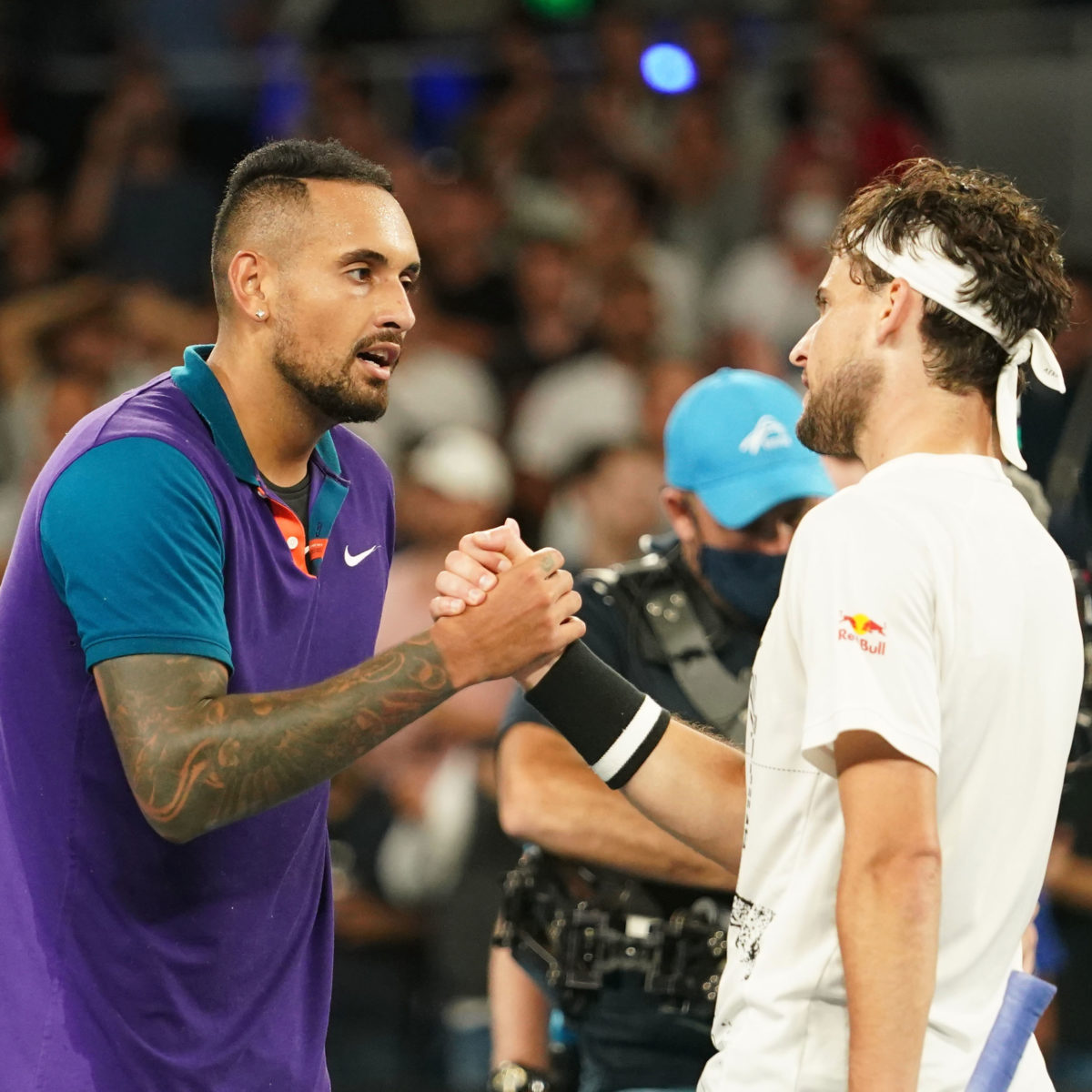 Nick Kyrigos on Friday had no regrets after his five-set Australian Open loss to Dominc Thiem, with the controversial home player proud to have put up a good fight.

“I’m still proud of myself. I took 13 months away from the game,” Kyrgios said. “To produce that level and go toe to toe with one of the best players in the world… I’m pretty proud.

“I left it all out there. I actually physically felt pretty good. I’m sore now.

“He’s a hell of a player, so disciplined and so composed. His level doesn’t drop.

There were just a couple of points in it.

“I’m not disappointed at all. I’m super proud of everything I’ve done the last couple of months to get ready for it.

“Good luck to him. I hope he does well, because he’s a hell of a player.”

Kyrgios, who is unsure of his upcoming tournament schedule due to the uncertainties of COVID around the world, said that Thiem might actually have benefitted from playing as the crowd underdog.

“He’s played on the biggest stages in the world, so I don’t think he was rattled at all.

“Maybe two sets to love down, he was always positive, he didn’t show any negative emotion. He knew there was a long way to go in that match.

“But the sport is not the same without the crowd, you know,” he said with the arrival of a five-day Melbourne lockdown due to virus cases in an airport quarantine hotel this week..

“These matches felt full, the stadium was awesome, energy was awesome.

“I don’t know how other players feel about it, but that’s just the way it is. We can’t complain.

“We’re blessed to just be playing at the moment.”