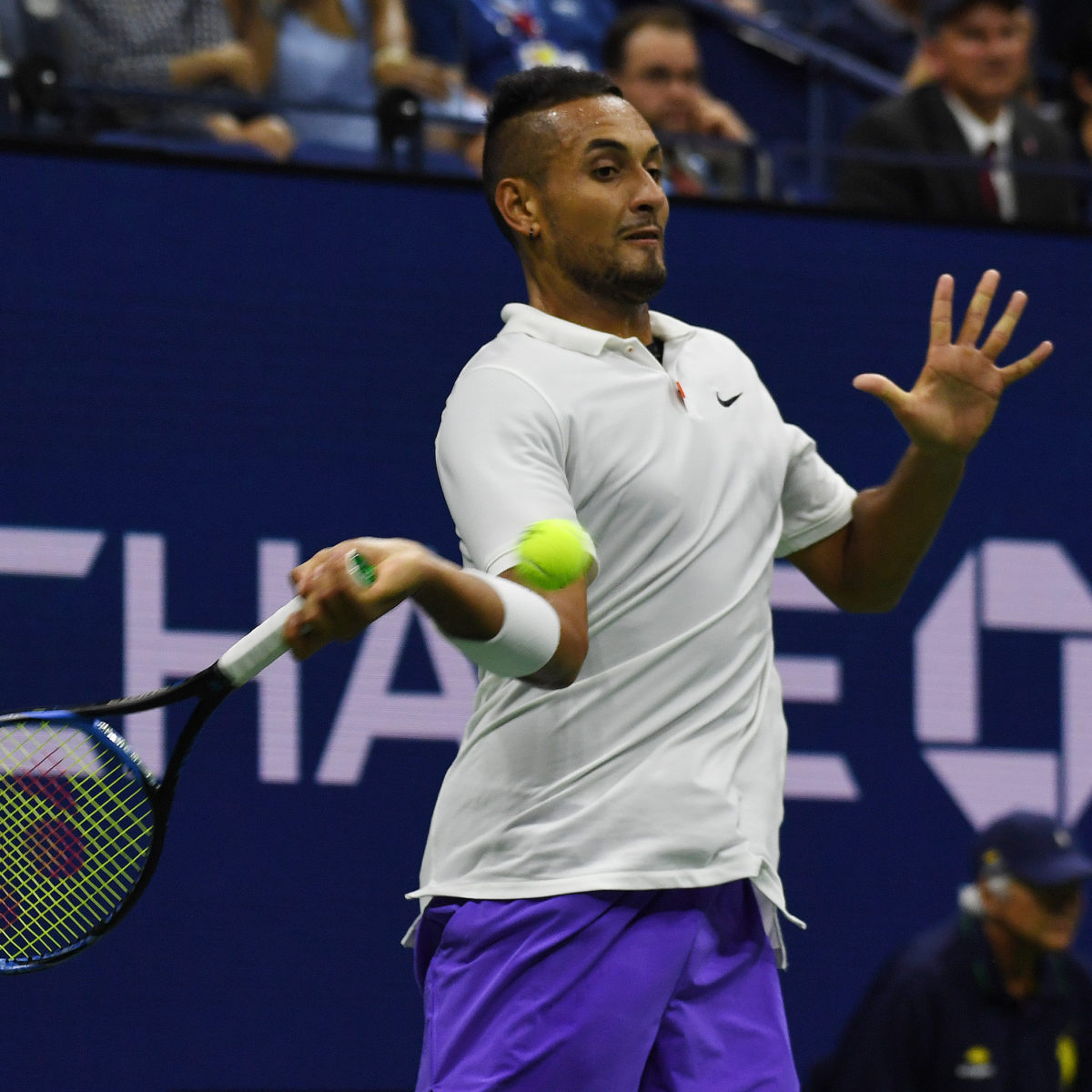 After sitting out almost all of the 2020 tennis season amid the COVID-19 pandemic, Nick Kyrgios is dropping hints that it might soon be time to end his months-long exile.

The controversial Aussie bad boy has not played since February and did not bother to make a return to the courts when the ATP finally kicked in again in mid-August.

The No. 43 has been sticking around his hometown of Canberra, skipping the US and French Opens with no plans to play any more this virus-influenced season.

“I wasn’t comfortable going overseas with everything going on at the moment,” he said. .

“It’s incredibly hard to get overseas, and then we have to quarantine when we get back, so I just used this time as a reset. I’d been travelling and I haven’t seen my family like this in about seven or eight years.

“This is a crucial seven month block where I’m just with my family.

“I’m going to come back through the Australian summer. I think that’s when I’ll come back.”

Kyrgios, a huge basketball fan who has admitted he would have longed for a hoops career, told the NBA.com website.

“I miss it (tennis), I’m a competitor in no matter what I do. So I’m missing it, and I’m not taking this time for granted either.”

Australian borders have been shut to international travel for months and are not expected to re-open until perhaps mid-2021.

Though they are putting a bright face on the current locked-down reality, Australian Open officials have to now try and coordinate 14-day lockdowns for every incoming player for January’s Open – pending government approval which has yet to be forthcoming.

During his absence from tennis, Kyegios has been concentrating on his charity for underprivileged young people in Australia, specifically Canberra..

“The platform I have now, I wanted to give back in some way, but I wasn’t sure how,” he said.

“I was doing hospital visits overseas in France, and I said I wanted to open a facility with tennis courts and basketball courts.

“When I was young, I was overweight and was bullied and I was very insecure about playing sport. I just wanted to make it clear that everyone can do it, everyone can get the opportunity, everyone can have a family.”

“Playing tennis is just a part of it for me. Until I got a platform, I didn’t realise how many people looked up to me,” Kyrgios said.

“I have young people every day actually look up to me like I’m a brother or something. That’s where I get the most joy.”