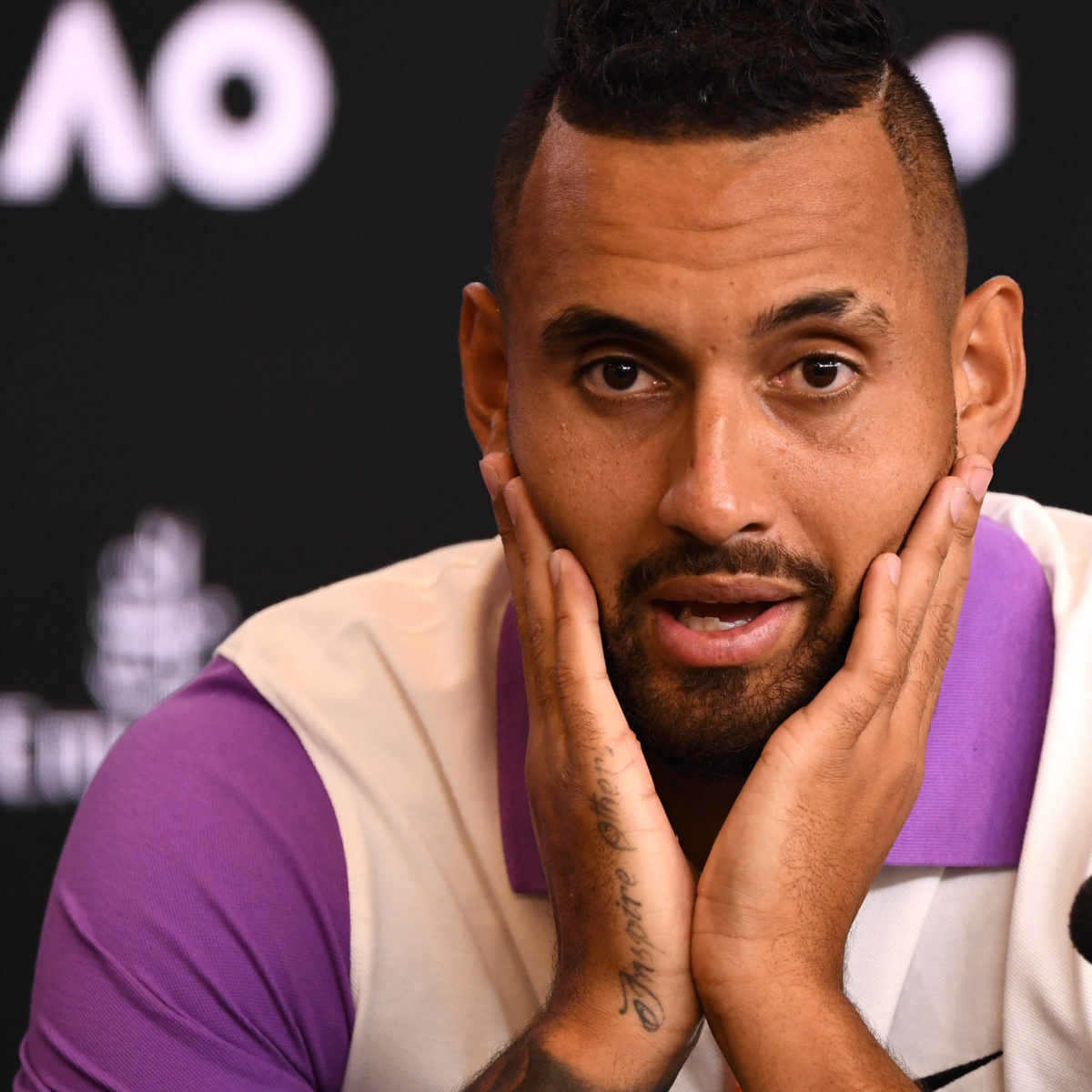 With NIck Kyrios out of both Stuttgart and Queen’s grass events, his presence at Wimbledon at the end of June seems at least problematic.

The outlaw Australian who has not competed since losing in the Australian Open third round in February is complaining of neck pain and has offered up the injury as his reason for missing the pair of pre-Wimbledon tuneup events.

Kyrgios reached the Queen’s semis in 2918 after losing four times in the first round at the London club.

Now, the No. 58 who has often said he would rather be shooting hoops than hitting forehands may well become an All England Club absentee.

The combination of his well-known dislike of playing without fans present combined with Australia’s draconian COVID restrictions upon any return home could easily convince him to just stay for another month or so in Canberra.

Kyrgios was replaced in the Queen’s draw by grass-fan Spaniard Feliciano Lopez, winner of the title in 2017 and 2019, the previous edition.

The 26-year-old Kyrgios dropped a hint of his possible intentions when he lost four months ago in Melbourne:

‘I’m not too sure, depending on what happens with COVID in Australia. I don’t know how I’ll have to quarantine overseas in tournaments,.

“I’m used to playing in front of packed stadiums. I’m not gonna force myself around the world when the time is not right where I have to quarantine for a week and then play.