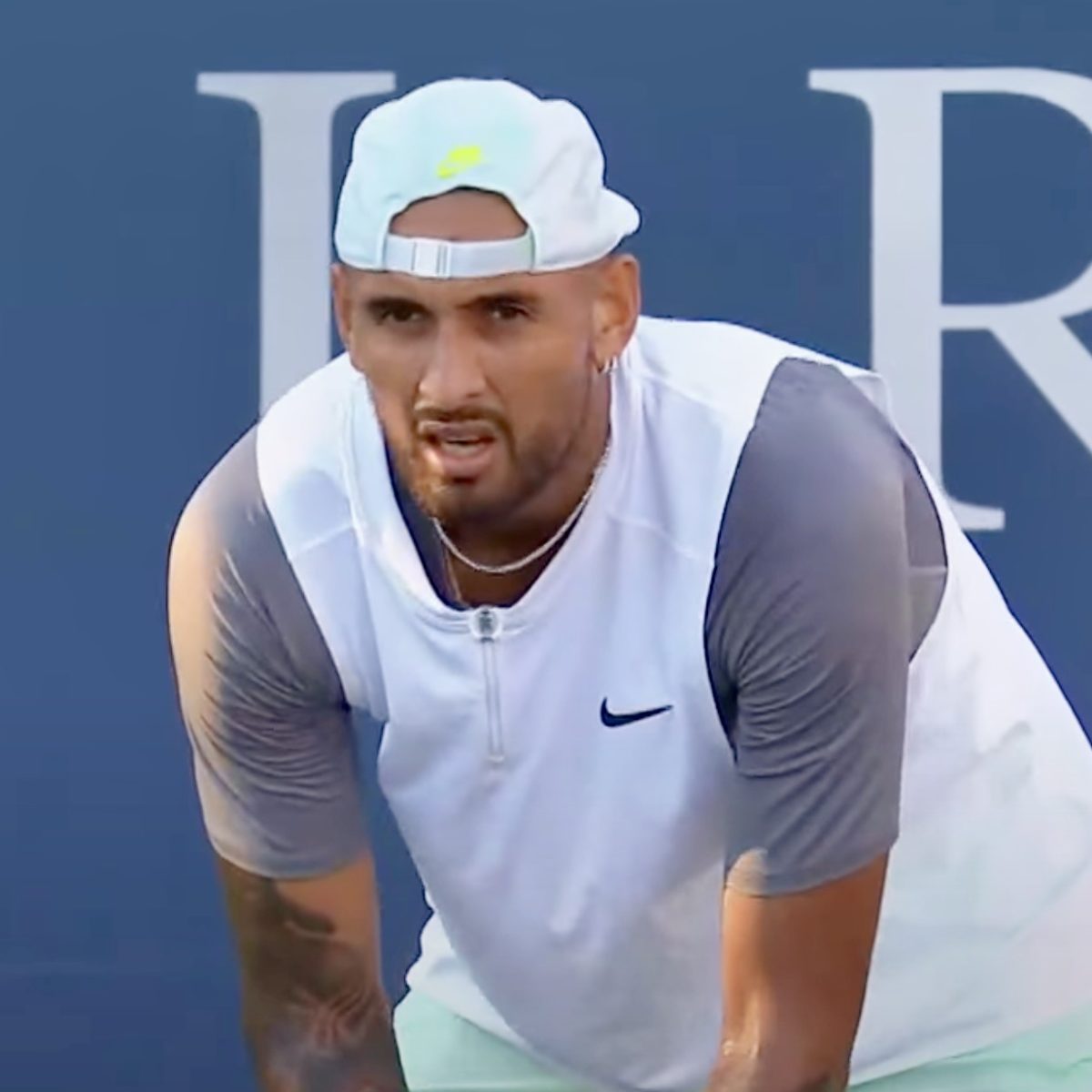 Nick Kyrgios bickered nonstop with his support box as he hammered out a 6-2, 6-3 over fellow Aussie Alex de Minaur for a place in the last eight of the ATP Montreal Masters.

The Wimbledon finalist who won the Washington title at the weekend needed barely an hour to win, collecting the first set with an average of three minutes per game.

Kyrgios had a slight niggle as he failed to serve it out leading a set and 5-2, but he quickly remedied that a game later with a concluding break of his compatriot.

The winner earned himself a US Open seeding with his new ranking of 27th; he has now won 15 of his last 16 singles matches.
.
“That was my goal so I didn’t have to play one of the (tennis) gods in the first round.” Kyrgios said.

“Today was a tough one. there was a lot on the line. I’m happy with the performance today.

“After beating (world number one Daniil) Medvedev yesterday, my confidence is incredibly high.”

Casper Ruud, at fourth the highest seed remaining in the Canadian field, needed more than three hours to beat Sain’s Roberto Bautista Agut 6-7(4), 7-6(4), 6-4 in the third round.
The Norwegian was saved after two sets had been played by a 69-minute rain interruption.

“Thanks to the weather gods,” he said. “It was a tough battle, the first two sets, two hours 20 minutes of good intensity.

“But I was feeling it a bit in the legs, it was tough to find my intensity. The rain gave me time to breathe and regain some energy.”

Ruud took victory on a fourth match point after with 54 winners and 39 unforced errors.

“I’m still surviving, there will be another match tomorrow and I’ll try to survive it,” he said.