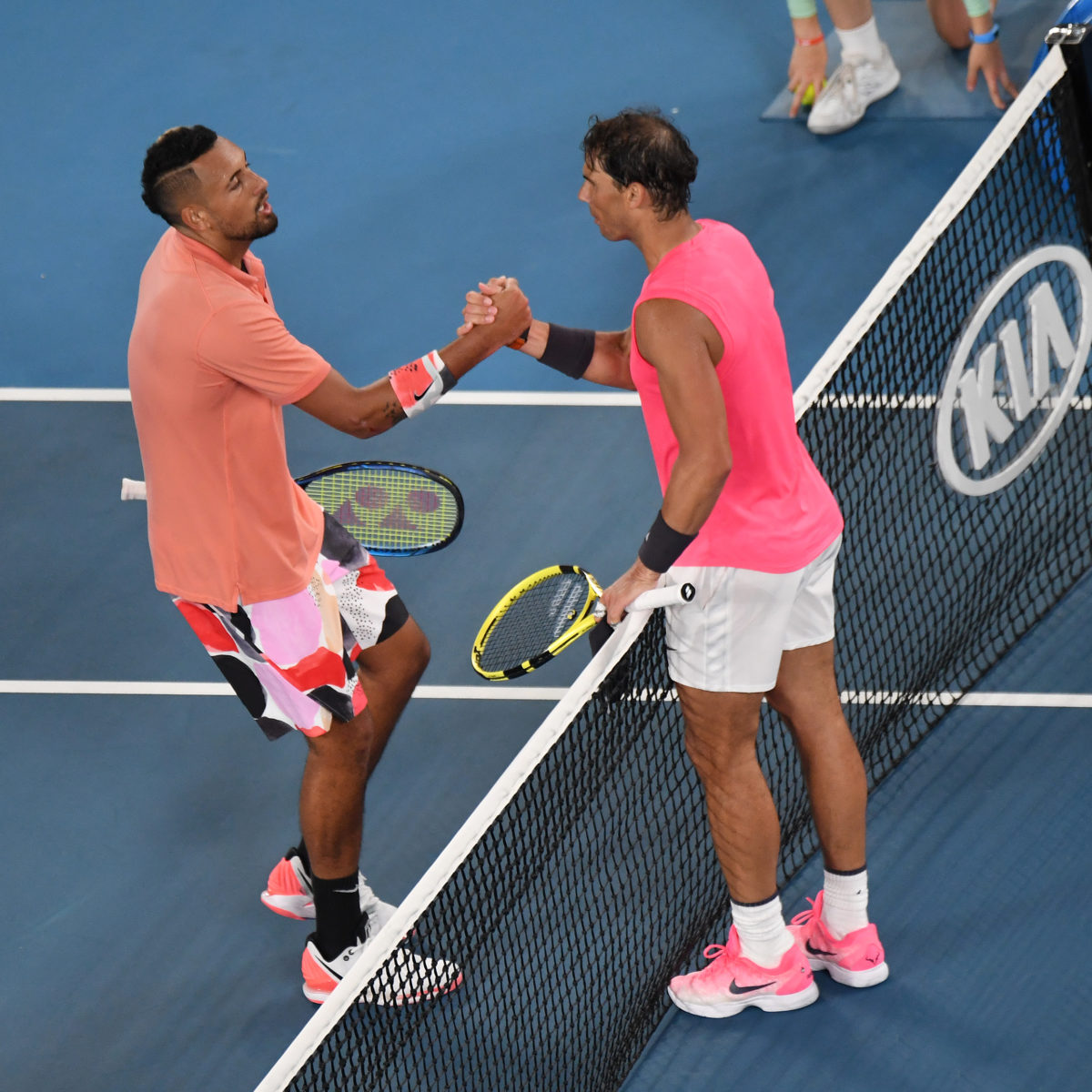 Nick Kyrgios has stirred the pot in his simmering feud with Novak Djokovic and Rafael Nadal, with the outrageous Aussie telling the pair they just don’t compare to Roger Federer.

The serves were launched as Kyrgios prepares for a second-round Australian Open match on Wednesday against Frenchman Ugo Humbert.

“I believe Roger is the greatest of all time,” Kyrgios said. “With his skill set, the way he plays the game, I think it’s pure.

“Talent-wise Nadal and Djokovic aren’t even close to Roger, purely based on talent: the way Federer plays, his hands, his serving, his volleys – untouchable.”

The Aussie has been involved in a slanging match with Djokovic for months and occasionally lays into Nadal; both of the tennis elites have done their best to try and difuse the awkward social media situation.

“I don’t think we have ever seen someone maybe so dominant in their period of time as Novak, like he went on that obviously 60-match winning streak (2014) or something really crazy,” Kyrios said.

“In Rafa you will never see someone so dominant on one surface ever. the best clay-courter of all time.”

“Roger’s chopped me a couple of times. He makes you feel like you’re really bad at tennis sometimes.

“He walks around, he flicks his head, and I’m, like, I don’t even know what I’m doing out here. Roger is the greatest, for me.”