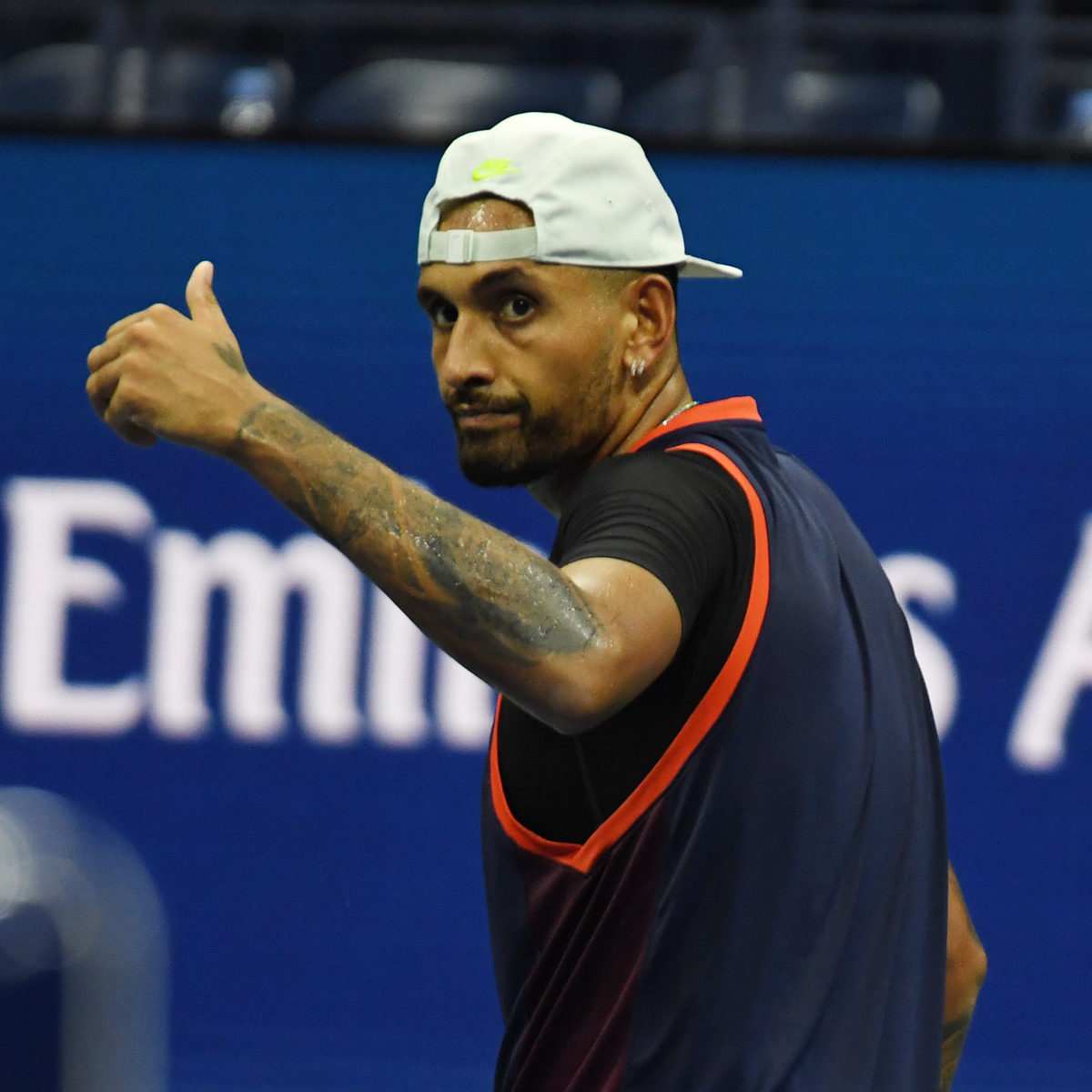 Nick Kyrgios is making no apologies for chasing a six-figure Saudi payday as the Wimbledon finalist competes in a controversial exhibition event next month in the desert.

The Australian who is never far from a ruckus on or off court, put the big-money December 8-10 date ahead of his country’s Davis Cup appearance last week in Malaga, making himself unavailable for the side.

The Aussies went down in the weekend final to Canada, which only got into the reduced format competition as a wild card after Russia was kicked out.

Kyrgios said he is currently concentrating on accumulating the dollars during what has become a sky’s-the-limit December exhibition season.

After he and Thanasi Kokknakis lost in the knockout doubles stage at the ATP Finals in Italy, Kyrgios was on a plane to Mexico City for a hit-and-giggle match where he beat British substitute Cam Norrie.

Now, No  22 Kyrgios is putting his focus on the exho in the Middle East bankrolled by the Saudi regime in an effort to present a friendly sporting face to the world.

“Saudi Arabia and Dubai (December 19-24 exhibition) is all that’s left. You know I gotta get the bag,” he posted on Instagram.

He added in a separate post to a social media critic:  “About to go to Saudi for 6 figures actually.”

Part of the motivation for the cash dash might be an upcoming Australian court case, with the player facing charges of domestic abuse against a former girlfriend.