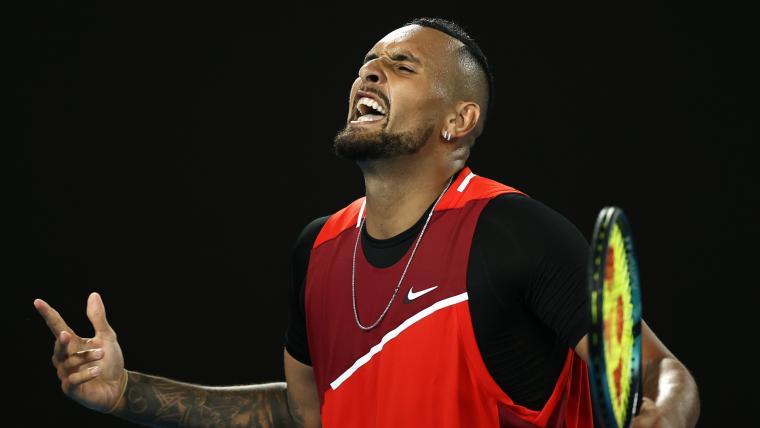 Aussie Nick Kyrgios made a promising start to his Indian Wells campaign with a straight-sets 6-4, 6-0 win over Argentina’s Sebastian Baez in opening-round on Thursday night.

The Australian wildcard hit 12 aces in the 72-minute match, helping him record his first top-100 singles victory of the season.

Kyrgios, currently ranked at 132, looked cool and calm throughout, despite not playing any competitive singles tennis since being knocked out in the second round of the Australian Open in January.

He will play No.32-seeded Argentine Federico Delbonis in the second round, but before that returns in men’s doubles with Aussie Open partner Thanasi Kokkinakis tomorrow.