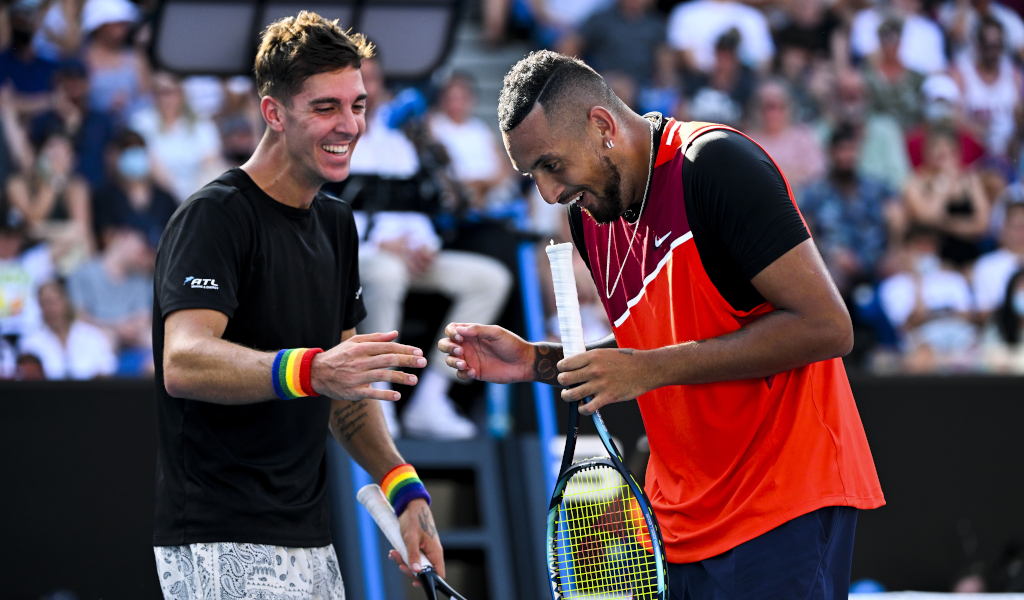 Australian Open champions Nick Kyrgios and Thanasi Kokkinakis saw off fellow Australians Jason Kubler and John Peers to win their second doubles title as a pair in Atlanta on Sunday.

“Obviously Atlanta is a special place. Won the singles title here [in 2016] and now the doubles,” Kyrgios said.

“Crowd’s amazing and it was a new experience playing two matches in one day as well for a title. Me and Kokky were pretty resilient and obviously no singles this week, but confidence is at an all-time high in doubles.”