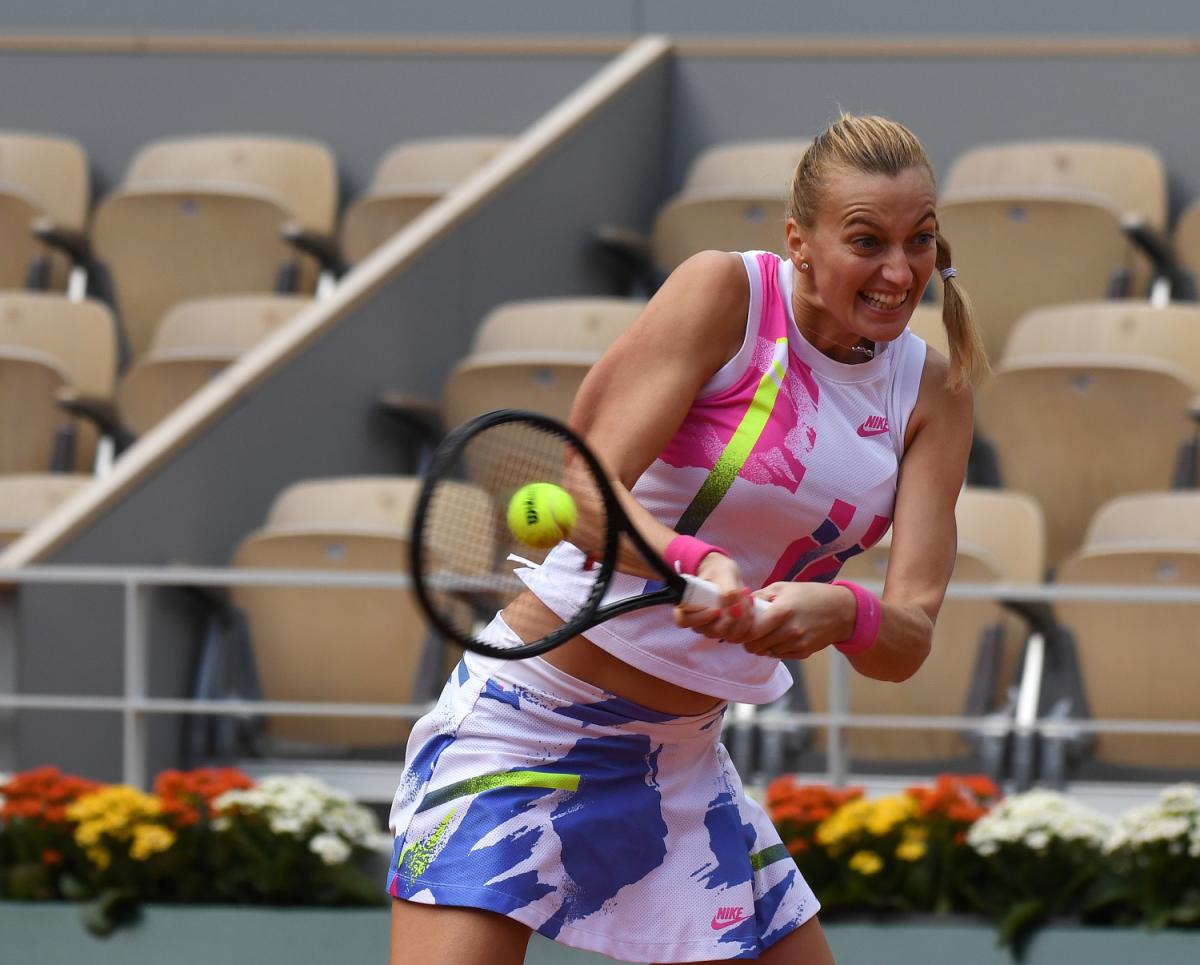 Kvitova, a double Wimbledon winner, will be back in familiar territory after reaching the Roland Garros final four eight years ago before her career was interrupted in last 2016 by a home invasion which left her city serious cuts on both hands.

Collins called for the trainer and was seen off-court for an abdominal muscle problem while trailing 0-4 in the final set.

No. 57 Collins still managed to finish her effort, applauding a winner from Kenin on match point after two hours,

The other semi-final will pit 19-year-old Pole Iga Swiatek against Argentine qualifier Nadia Podoroska, who broke new ground with her run to the final four.

“I’m not expecting anything right now, I’m just going to talk with my coach about the match,” she said.

“I hope it’s going to be a good match. I hope I’m (cold, wet) weather conditions are going to be easier.”

A grateful Kvitova called her return to top Grand Slam form a “miracle.”

“To be honest to be in the semi-finals after everything I have been through, probably means more.

“I couldn’t imagine that I can be in the semis of the Grand Slam and final of the Australian Open (against Kenin).

“It’s another miracle happening to me.”

Kvitova said that a return to the Paris final four is especially rewarding.

“I was kind of the favorite but I lost to Maria (Sharapova, eventual title-winner). There was a lot of pressure on me.

“i didn’t play the best on the clay, but I was still able to make a semi-final. So it was huge result.”

Kenin may be set for another three-set match against her experienced rival after four of her previous five here went the distance.

The Russian-born American has the big-match experience after her Melbourne title this year but has lost both her her previous matches against Kvitova (their last was on clay in Madrid in 2019).

“This is really special, I’m super-happy,” she said after beating Collins, who was suffering with an abdominal injury in the closing stages.

“Danielle plays aggressive and I needed to do that myself. I took some chances and felt I did a good job overall.”

“I’m getting the wins done, I’m proud of myself.”