Kvitova not bothered by schedule squeeze on grass

Two-time Wimbledon winner Petra Kvitova on Sunday expressed no alarm with the shrinking of the grass-court buildup from three weeks to a theoretical two this season.

The change comes into effect after Roland Garros delayed the start of the clay-court Grand Slam by a week to May 30, a decision which now means the second week of the major and the first week of grass coincide.

As such, the Stuttgart Mercedes grass event will be played the same week as the concluding matches at the French Open.

Kvitova is playing this week on indoor clay at the WTA event in Germany’s automotive capital of Stuttgart.

For Kvitova, who has reached the Paris second week only five times in 11 appearances, the summer schedule clash might be merely academic.

“The change might be tougher for those not based in Europe,” the Czech said. “Anyone going deep in Paris will lose a week on the grass.

“It could be bad for them at Wimbledon.

“But I don’t think the change will have a big effect on Wimbledon itself. For me, I know how to play on grass and I don’t need much preparation.

“Two weeks is still enough time to get ready for grass.”

No-stress Sakkari at ease in Ostrava

Margaret who? Mouratoglou backs Serena as ‘the best ever’ 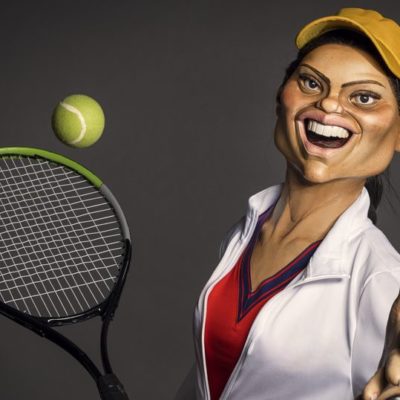