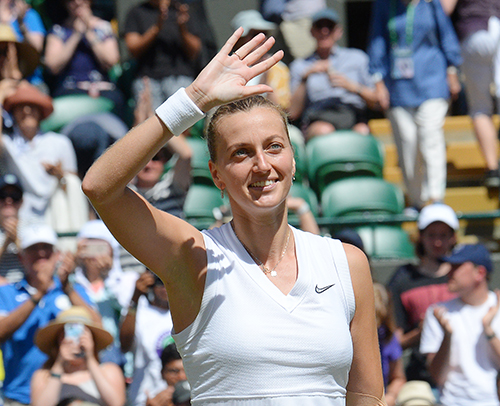 Petra Kvitova has joined fellow Wimbledon winner Roger Federer in opposition to the concept of staging tennis event behind closed doors and without fans, ballkids and handshakes.

The Czech who lifted the All England Club trophy in 2011 and 2014 said that cancelling tournaments would be better than playing inside empty stadiums as a result of the current COVID-19 shutdown which will last until at least August 1.

“I of course would like to play another Grand Slam, but if it’s like this, I’d rather cancel them,” the 30-year-old told AFP on the even of an all-Czech domestic event being held this week in Prague – also behind closed doors.

Participation is limited to eight men and eight women in the eastern European tennis powerhouse.

“Playing a Grand Slam is the greatest thing there is and playing without fans who are our engine doesn’t look nice to me and the Grand Slam doesn’t deserve it,” Kvitova said.,

Federer has voiced similar sentiments about fan-free majors, with the Swiss, an eight-time Wimbledon holder, suggesting that the resumption of Tour tennis might still be months away.