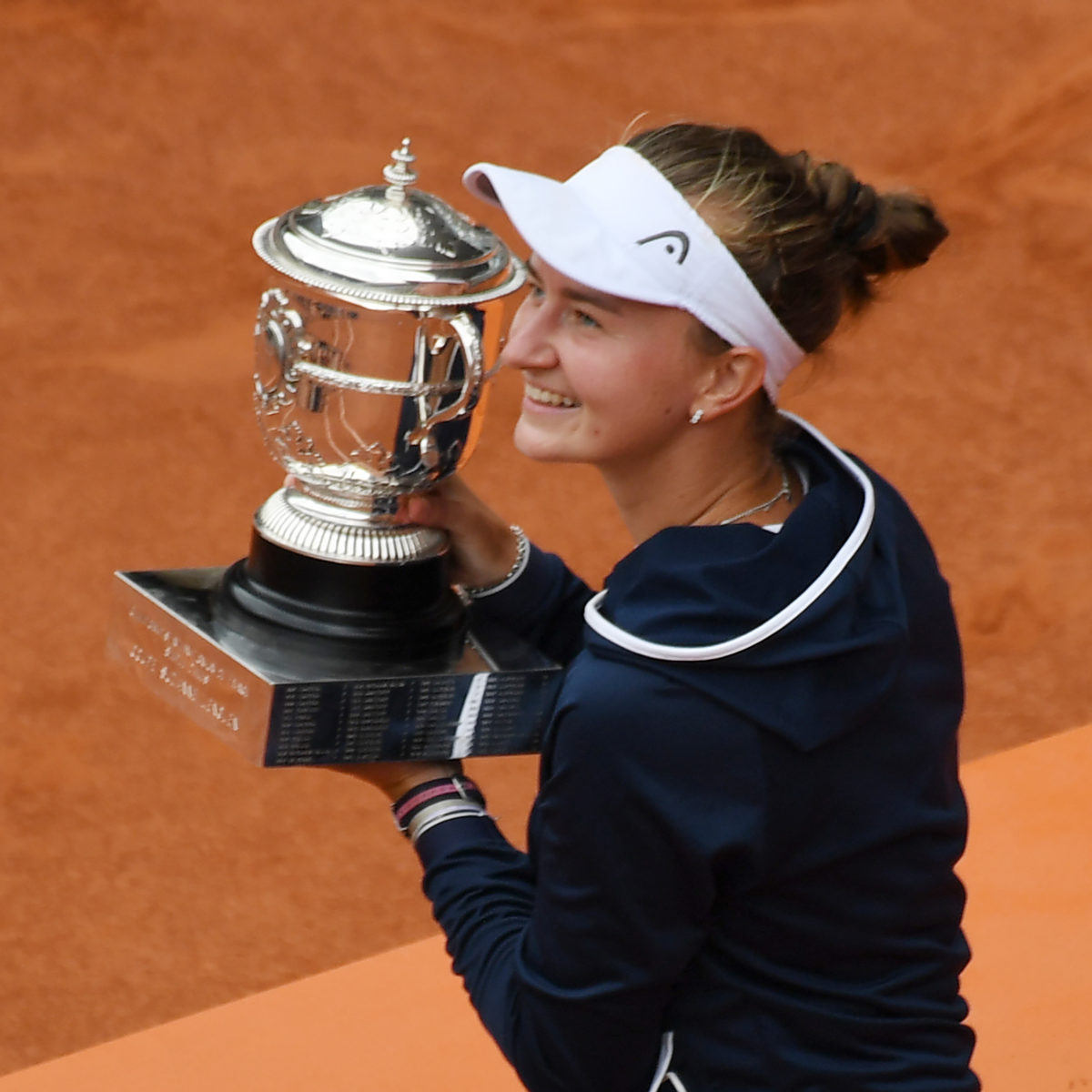 Victory on hardcourt in the national capital of Prague took just 67 minutes for the WTA No. 13 who had not lifted a trophy prior to this year.

Krejcikova won the Strasbourg tournament on clay in May before lifting French Open honours in a surprise showing.

In Prague, the second seed overwhelmed her compatriot with four breaks of serve in what turned into a victory procession.

Krejcikova levelled her career series with Martincova at two wins apiece after winning the last 11 games in a streak to victory.

She has now won 33 WTA matches in 2021, level with Ons Jabeur with that pair standing third behind Ash Barty (35) and Aryna Sabalenka (34).

Krejcikova finished her demolition with 26 winners on the way to her first hardcourt trophy and has now won 20 of her last 21 matches.

Her lone defeat came in the Wiimbledon fourth round to Barty.