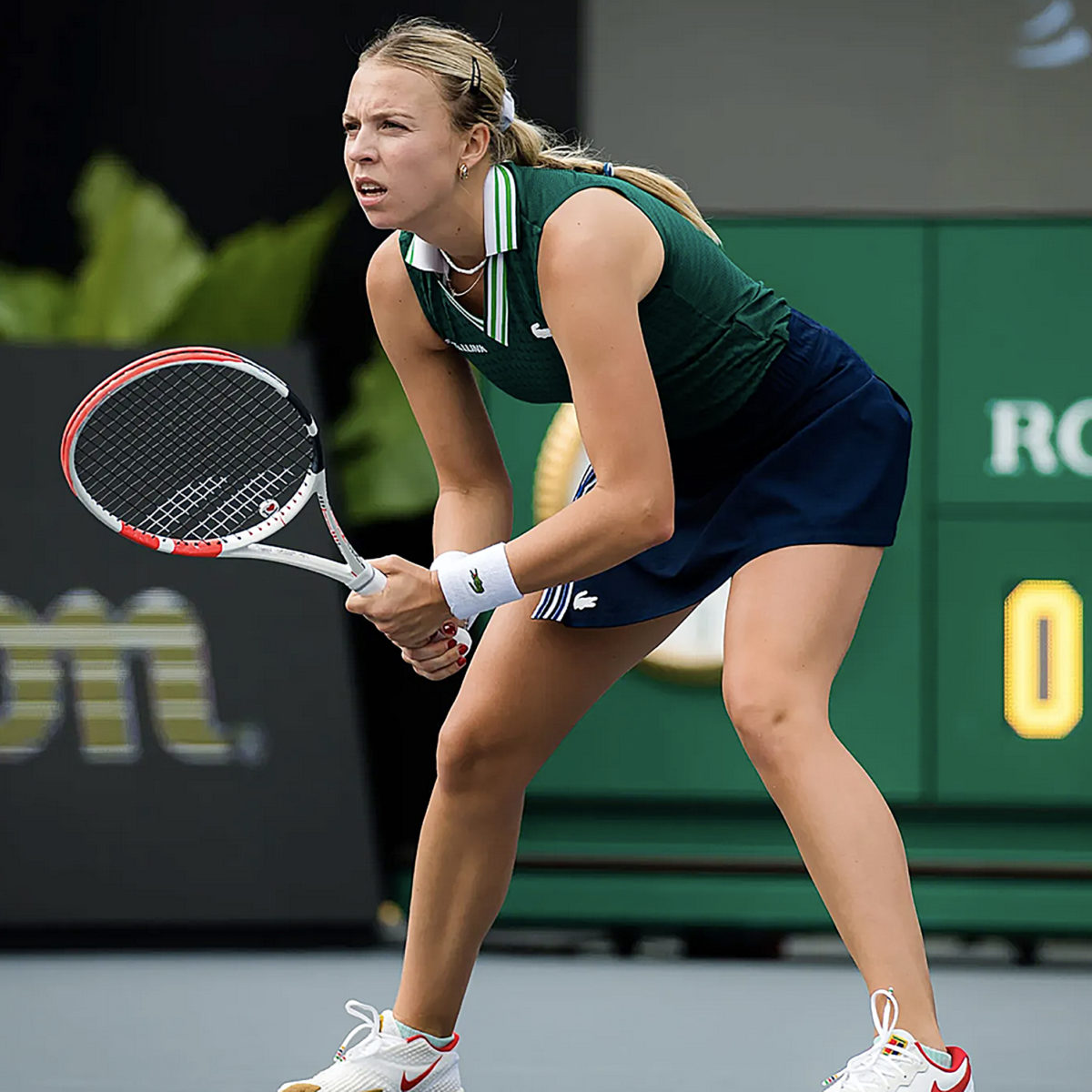 Anett Kontaveit  scored the first win of the Akron WTA Finals in Guadalajara, Mexico in the Teotihuacan round-robin group.

Because of the current Covid pandemic protocols in Shenzhen, Guadalajara is a one-off stop for the WTA season finale, and is expected to return to China next year

The eight seeded Estonian was also recording a 27th victory in her last 29 matches with a 6-3,6-4 win over reigning French Open Champion Barbora Krejcikova.

This was the first meeting between the pair of 25 year olds and Kontaveit has reached a career-high World No.8 in the WTA singles rankings having won her last 11 matches, a career-best winning streak.

This win over World No.3 Krejcikova, has given Kontaveit five Top 10 scalps this season.

She told her her post match press conference “I’m definitely very thrilled to get the win, it was a very tough match. I think I managed to win a lot of points on my first serves once they actually went in.”

Main photo:- Anett Kontaveit gets off to a winning start in Guadalajara – by WTATennis.com