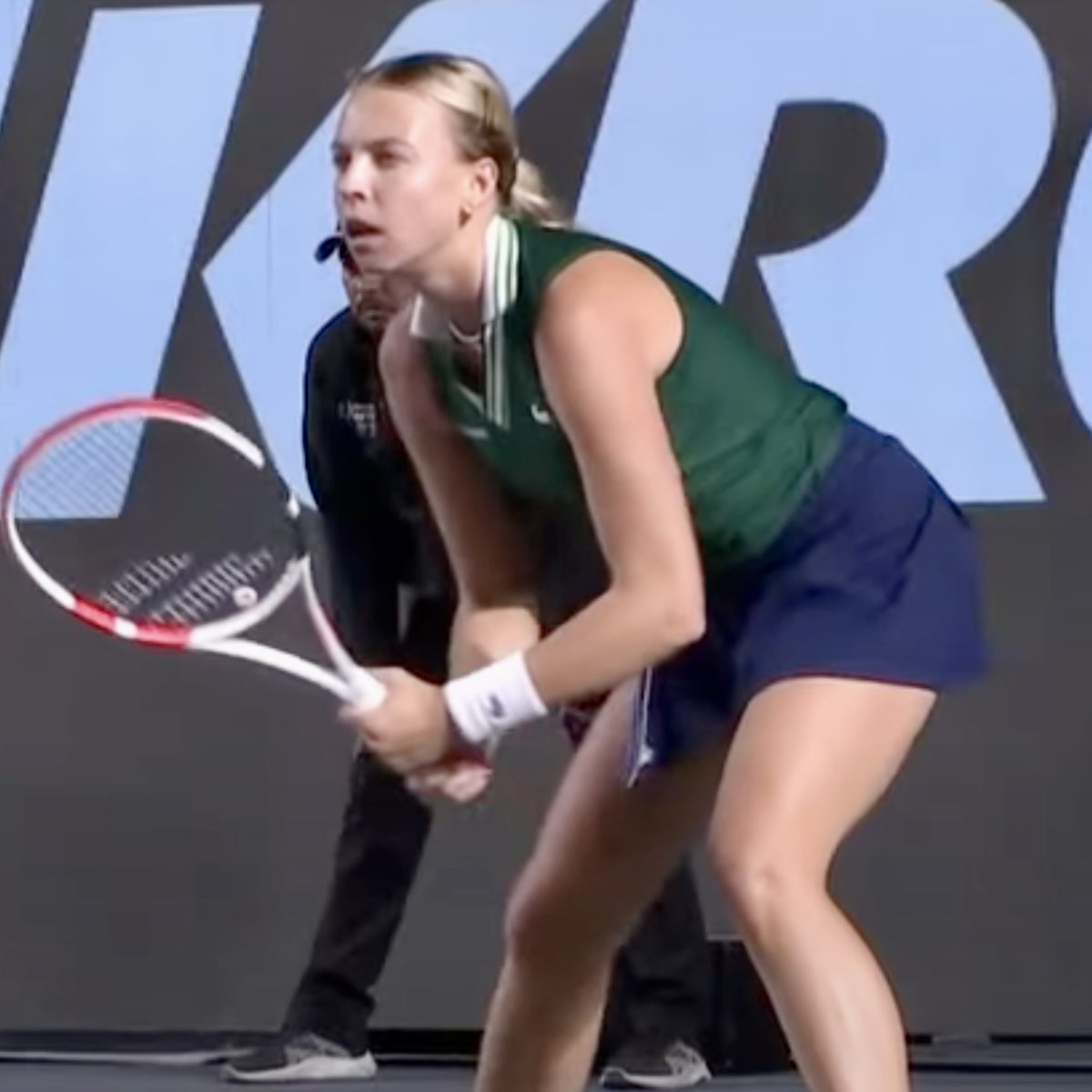 Anett Kontaveit’s late season surge continued in Guadalajara on Tuesday night as she beat No.4 seed Maria Sakkari 6-1, 3-6, 6-3  to advance to the final of the WTA Finals series.

The 25-year-old Estonian will face Garbiñe Muguruza on Wednesday after the Spaniard beat Paula Badosa earlier in the day.

“I still can’t quite believe that I’m even here and I’m playing against the best players at such a prestigious tournament,” Kontaveit said.

“I’m just so proud of myself that I managed to do this and so happy to be competing at this level and just trying to take it all in.”

In a blistering start Kontaveit didn’t face a break point in the opening set, taking it with ease after just 27 minutes.

But Sakkari stayed the course in the second and at 3-3, broke, hit three aces and went on to win the next three games to level the match.

In the decider, it was Sakkari who struck first, breaking Kontaveit to lead 3-2, but the Estonian then hit back to lead 4-3.

Sakkari then blew a chance at 40-0 up in the next game before Kontaveit pulled her back to deuce and then winning the game and the set, breaking there Greek star again at 5-3.

“Today was a missed opportunity from my side.

“It’s definitely from my side. Obviously there’s a lot of respect from my side to Anett’s game. I think today I was just very close to taking that chance. I just wasted it.

“That’s why it hurts so much. It’s not that it was just bad luck, it’s that I threw away another chance. It hurts.”