Konta in a canter over former champion Zvonereva 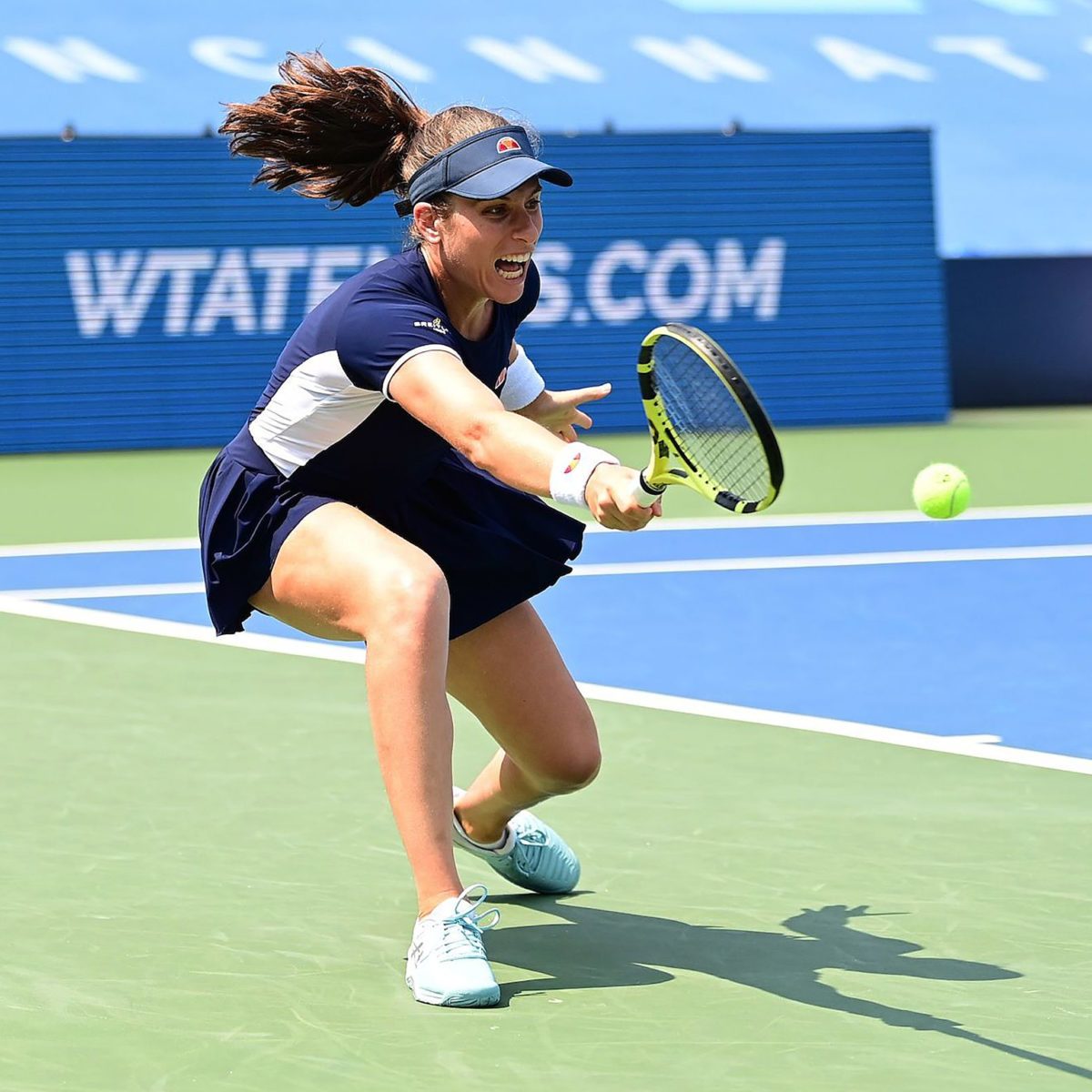 Konta, seeded eighth and ranked 15th, needed 80 minutes and advanced to the quarter-finals without facing a break point.

The pre-US Open tournament was shifted to the New York venue of the Grand Slam and is being played without fans and with players living in a “bio bubble” environment.

The veteran pair had never played despite seasons together on the WTA; they each came to the court on a run of form after losing just two games each during the second round on Monday.

Zvonereva, a qualifier ranked 270 who once reached second in the world, won the tournament title in 2006; the Russian played the finals of both Wimbledon and New York a decade ago.

Anett Kontaveit advanced to the quarters with her 6-3, 6-3 defeat of Marie Bouzkova, a winner 24 hours earlier against fellow Czech Petra Kvitova, the sixth seed.

” I’m feeling really good on court,” said the recent Palermo finalist. “I feel confident; my game has improved since then.

“I was just playing my game. I was a little more aggressive and tried to take initiative. I served really, really well today, which definitely helped me a lot.”

“I adapted as the match went on,” Konta said. “When we came out she was playing really well and playing at a higher level than I was.

“It was tricky conditions, blustery, and she’s a tricky player to play well against. I think I served well.

“I’m just happy to be back playing. I enjoy playing on these courts at Flushing Meadows.”