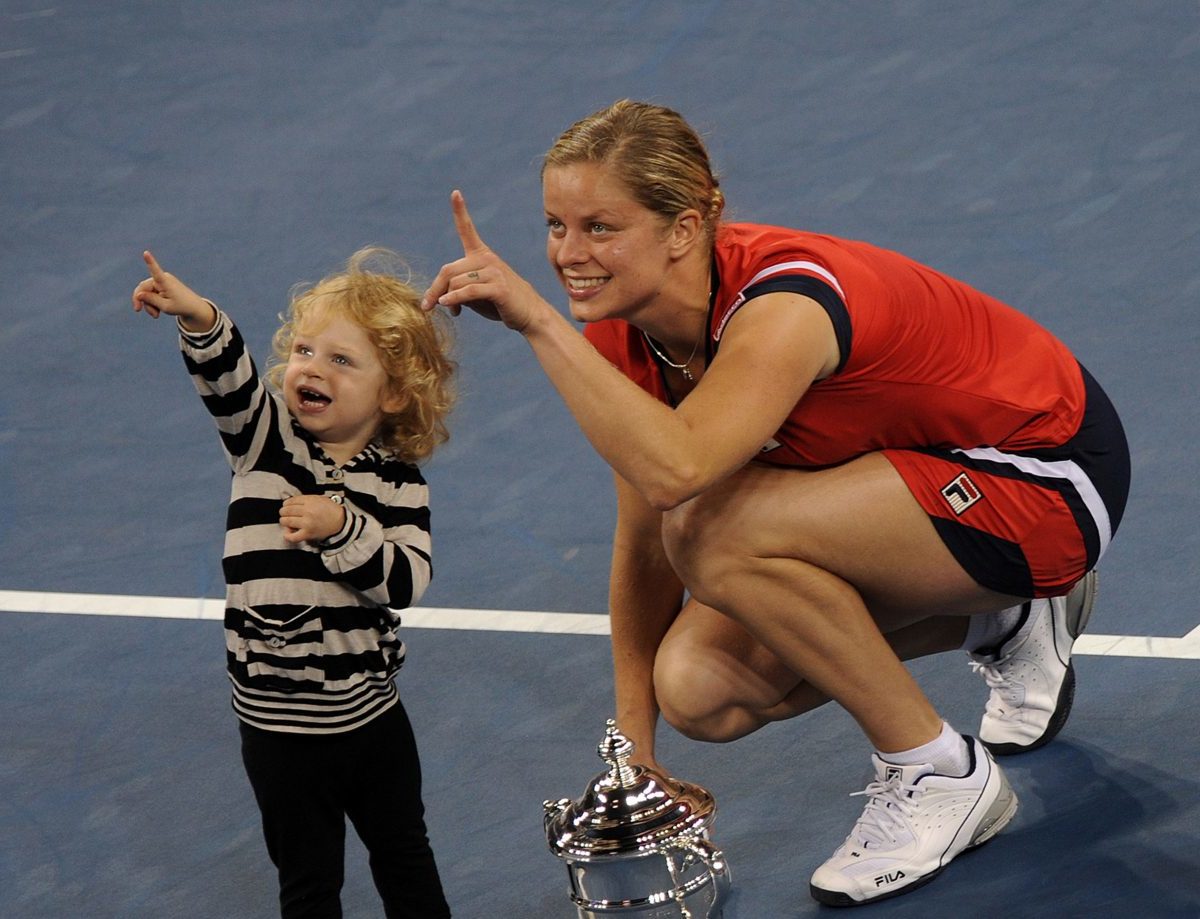 Facebook0Tweet0LinkedIn0Pin0
Former Grand Slam champion Kim Clijsters appears to be poised at age 36 for what is being billed as a second comeback to the WTA Tour.
The Belgian mother of three may be taking inspiration from the career of fellow mum Serena Williams, losing US Open finalist at the weekend.
But the return is also linked to a documentary on her career which has reportedly been in filming stages for the last six months
Clijsters who won four Grand Slam titles and stood atop the WTA rankings in her prime,mainly during the last decade 2000s, retired for a second time in 2012.
Her first retirement occurred 2007-2009 when she had her fist child, a daughter called Jada.
Clijsters’ handlers said on Thursday that she will make a return to tennis in January; her initial  comeback took place in 2009 and was followed by three of her four Grand Slam title performances  (2009-10 US Open and 2011 Australian Open),
Clijsters is due to take to the court during the start-of-year- Australian tournament swing and has reportedly been training during 2019.
She is said to have been inspired to come back after participating in an exho played last May during the dedication of the new roof over the No. 1 court at the All England Club.

“I’m so excited to announce that I will be making my second comeback to the WTA Tour,” she said in  statement. ““While there is a lot of work ahead of me in the next four months, my biggest motivation is the personal challenge involved – both physically and mentally”

“I want to test myself again. At 36 years old I feel like I’m too young to be retired and, with so many inspirational athletes and moms competing,

“I can’t wait to get back on the match court and see what’s possible after having three children.”

“Kim Clijsters ranks among the greats of the game and her return to the Tour is exciting news for the WTA family and tennis fans around the world,”

“Driven by her love for the sport, this wonderful champion continues to inspire women and men in all walks of life – and she only adds to the compelling wealth of talent in women’s tennis. I wish Kim all the best in this next chapter of her playing career.”
Share:
Facebook0Tweet0LinkedIn0Pin0