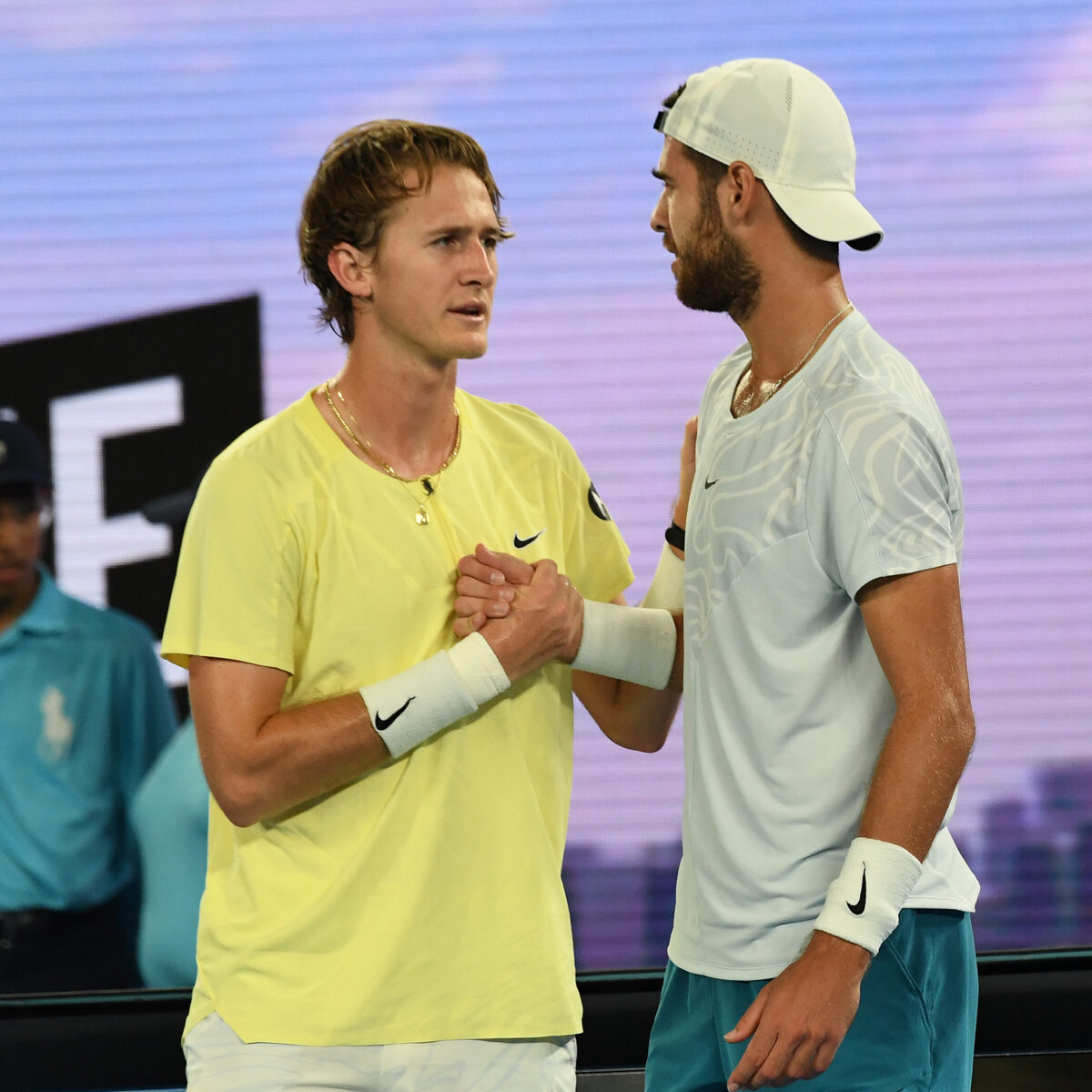 Karen Khachanov booked back-to-back Grand Slam semi-finals on Tuesday as opponent Sebastien Korda retired with a wrist injury in their third set at the Australian Open.

Khachanov claimed a 7-6(5), 6-3, 3-0 win after Korda could not go on; he was treated midway through the second set for his right wrist complaint.

Khachanov also broke through for his first semi at a major four months ago at the US Open.

He defeated Korda in their previous meeting at a Grand Slam over five sets at Wimbledon two years ago.

“Back to back semis at a Grand Slam feels great,” the winner said. “But this is not the way you want to finish a match.

“The match was very competitive to a point; Sebastian had beaten my friend Daniil (Medvedev) in straight sets.

“I’m happy with how I’m competing and I’m looking forward to the semi-final (against the winner from third seed Stefanos Tsitsipas and Czech Jiri Lehecka).”