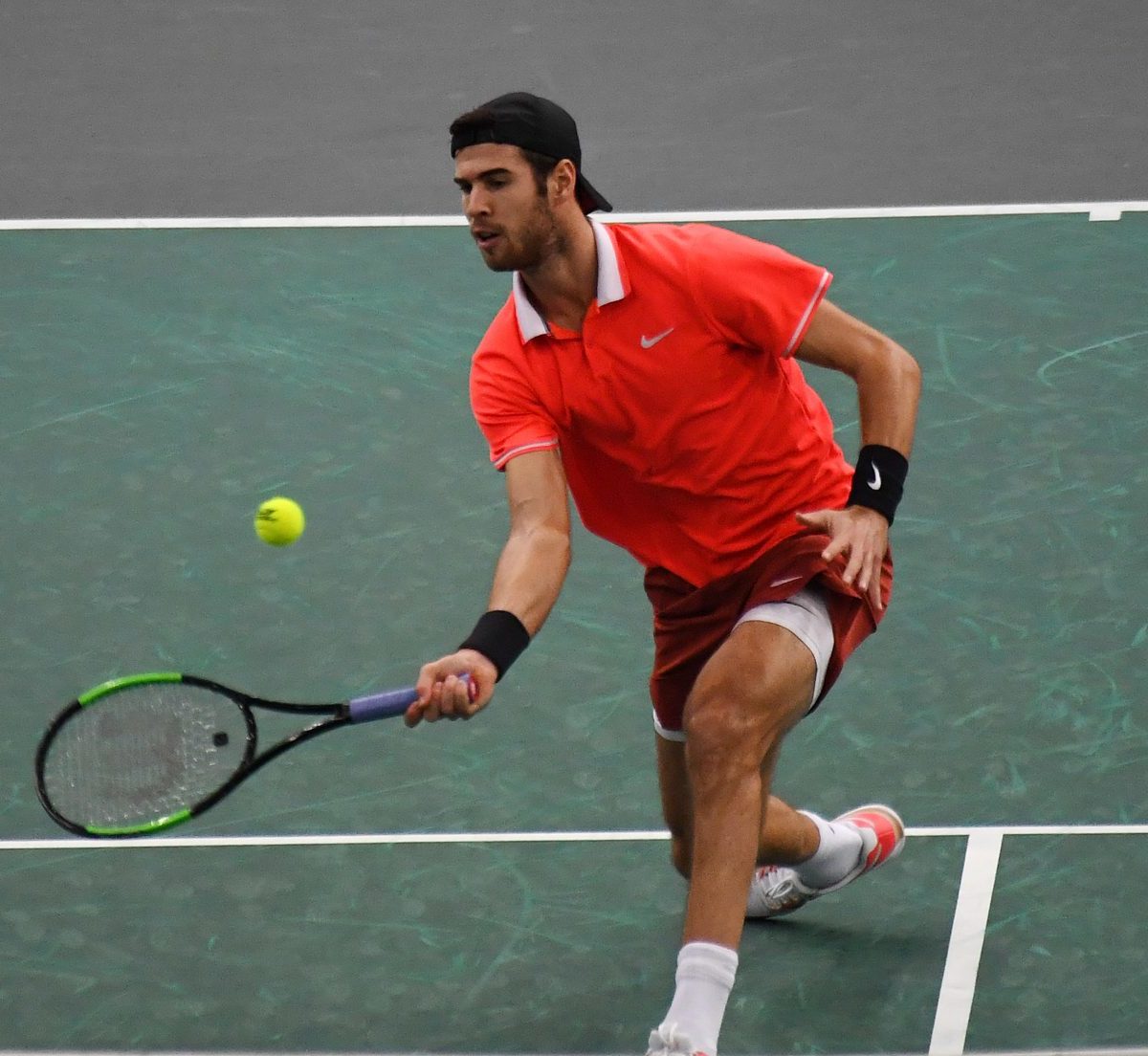 Karen Khachanov suffered the humiliation of his professional career on Thursday as the eighth seed was crushed 6-1, 6-2 by Dusan Lajovic at the Hamburg European Open.

The Russian who exited a week ago in his first match in Rome to Norway’s Caspter Ruud, had never lost this badly since starting his career in the juniors.

Khachanov was dispatched in 62 minutes, holding serve only once as his Serb opponent moved to his second quarter-final of this virus interrupted season.

Lajovic broke six times as he reached the last eight at the Rothenbaum club in front of a limited audience due to COVID-19 precautions which finishes on Sunday as the French Open begins in Paris.

Lajovic struck 15 winners and now stands a perfect 4-0 over the Ryussian, against whom he has never lost a set. Khachanov was plagued by 20 unforced errors in defeat.

The South American will now face a stern test against tournament favourite and second seed Stefanos Tsitsipas, who defeated Pablo Cuevas of Uruguay 7-5, 6-4.

The Greek winner stayed out of trouble as he polished his record in the series to 3-0 after winning a repeat of last season’s Estoril final.

Tsitsipas saved four break points in the opening set to hold for 5-4; Cuevas gave away the opener with a double-points on a Tsitsipas set point.

Tsitsipas saved all five break points he faced in the 92-minute victory, his 20th of the season.

“It was a great match and I enjoyed it,” the winner said. “There was a certain point in the match when I forgot I needed to win.

“I was enjoying the game and the atmosphere, the crowd. I was playing with positive vibes and energy.”