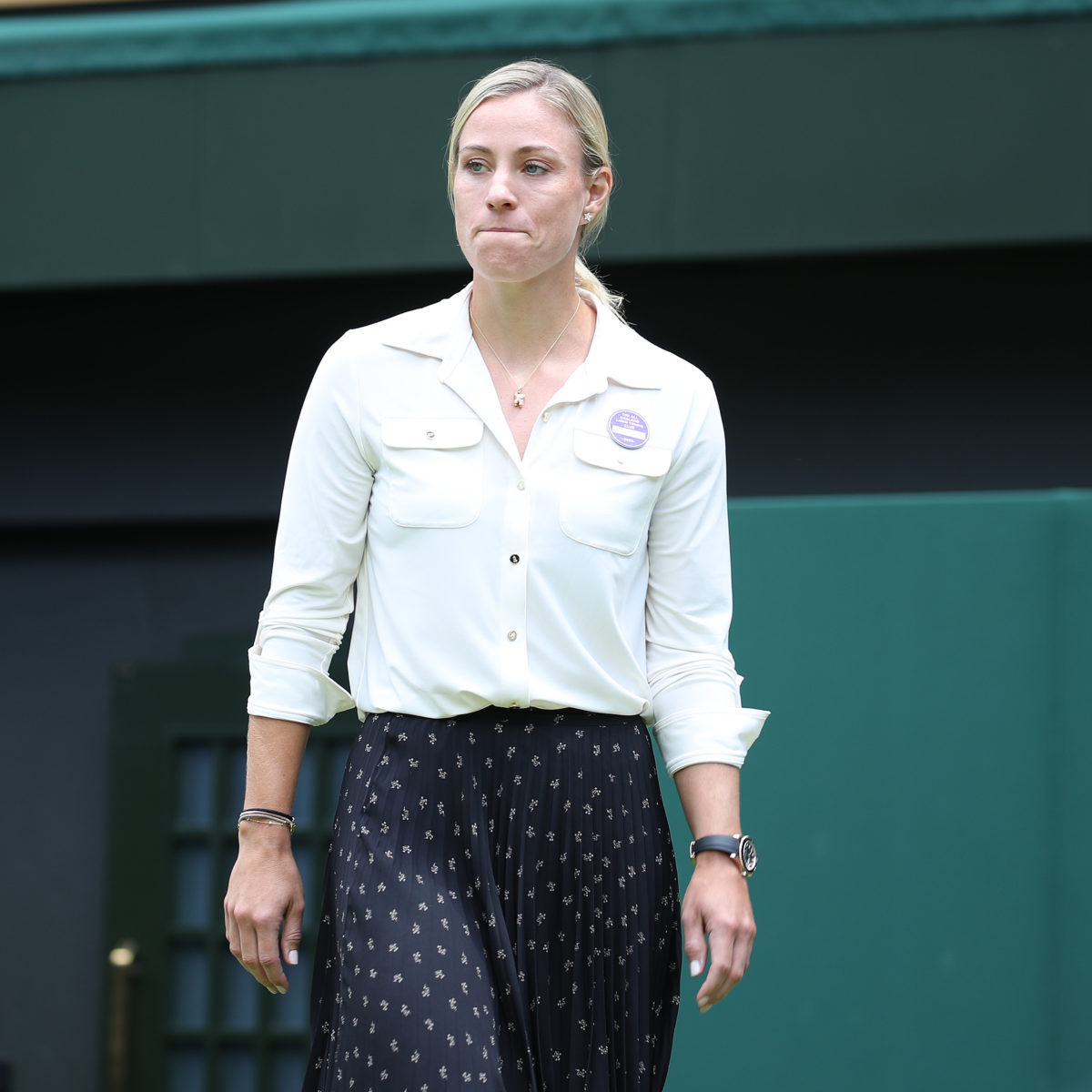 Germany’s pregnant multiple Grand Slam champion Angelique Kerber has revealed plans to return to the court once she becomes a mother.

The 34-year-old with three titles at the majors is currently out of tennis but told sponsor Porsche at a Macan model debut event at the Leipzig Opera Hall of her programme to pick up the racquet again as soon as possible.

“I would like to play for Germany again at the 2024 Olympic Games in Paris,”  she said while also preparing for the November release of her autobiography in German.

Kerber, a former WTA No. 1 whose last Grand Slam title came four years ago at Wimbledon, last competed before her baby break at the All England Club, going out in the third round,

The player filled in some of her downtime by commentating on the US Open for Eurosport, keeping herself somewhat in the tennis mix.

“I know the players, which is definitely an advantage. I know how they tick, how they prepare for a match,” she said.

“I hope that I was able to convey some interesting impressions to the viewers.

”Tennis is my passion, my great love. I’ve been there for so many years.”

The 2016 US Open winner added of her TV experience: “It was very intense, there were emotional moments.

“A lot of pictures from 2016 went through my head, beautiful memories of unforgettable moments, it was pure goosebumps.”

Kerber continues to be impressed by WTA No. 1 Iga Swiatek, crowned New York winner by defeating Ons Jabeur in the final.

“I can only take my hat off to her, she’s only 21,” Kerber said, “I know her well and I’m curious to see how long she can continue at this high level.””She is mentally very strong, never lets up despite all her successes, but always keeps working hard,” Kerber said of the youngster with seven trophies this season – including a second at Roland Garros in addition to New York.

“I think Iga will stay at the top of the rankings for a while. But Coco Gauff is one player who has developed very well and showed at the Open (quarter-finals) that she can play consistently well under pressure.”

Kerber confessed that doing without tennis is a new and sometimes unsettling experience.

“I haven’t missed a Grand Slam in the past 13 years, so this is something completely new for me.

“But there is no better reason to take a break from tennis. I try to use this time for myself as much as possible. I keep doing sports to stay fit, and I keep playing tennis.

“Sport is now part of my life. Of course I’m not exaggerating. I have a lot of experience and know the game well.”

Main photo:- Angelique Kerber appeared at the “100 years of Wimbledon ” celebrations in July 2022 – by Alan Grieves