Kerber to face Williams in final 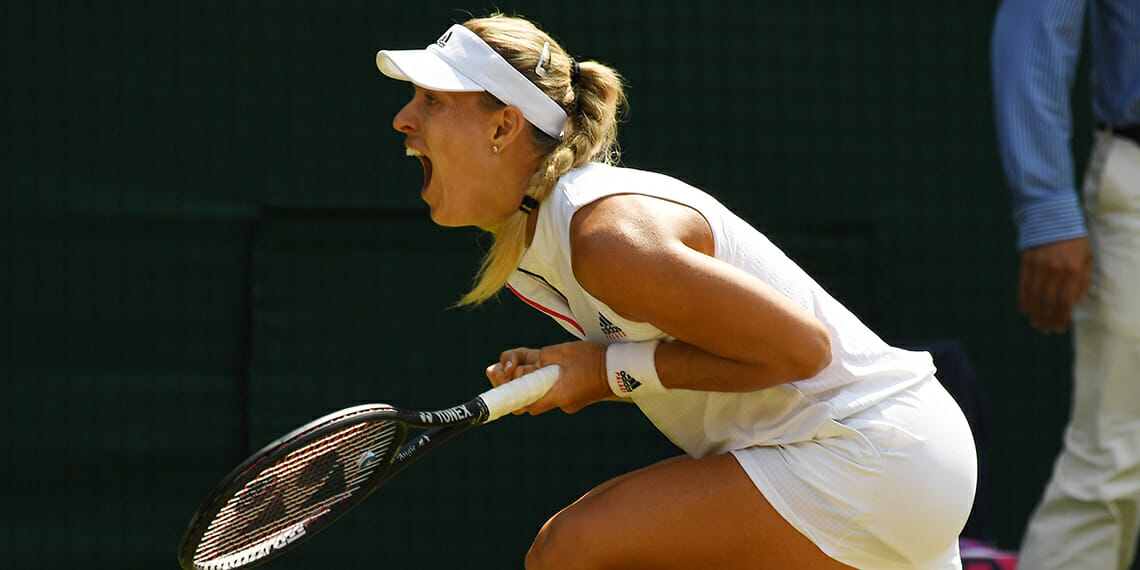 Angelique Kerber and Serena Williams will line up in their third Grand Slam final after Williams derailed hopes of an all-German showdown at Wimbledon.

The 6-2, 6-4 win on Thursday over Julia Goerges by the 36-year-old new mother playing only her fourth event of the season shows that 23-time Grand Slam champion Williams is back on the road to top form.

Kerber booked her spot as she blew past 2017 Roland Garros winner Ostapenko 6-3, 6-3, overcoming resistance at the end to reach a second Wimbledon final and fourth at a major.

Williams beat Kerber here two years ago for the title, the last match the American played at the event prior to her 2017 pregnancy. Kerber won their final at the Australian Open in January, 2016. 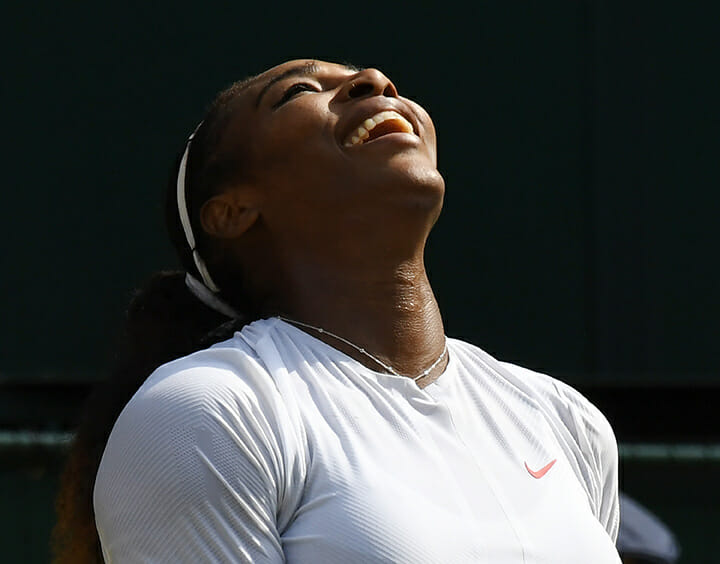 Williams achieved her unheard-of win during the current fortnight in only her 13th match of the season after making a tentative return last March, six month after becoming a mother.

“It’s s crazy, I don’t know how to feel,” William said after beating Goerges for the fourth time, including at Roland Garros only weeks ago.

[quote] “I didn’t expect to get this far, but when I have nothing to lose, I can play so freely,” she said. [/quote]

“This was not inevitable for me, I had a tough delivery, multiple surgeries – I almost didn’t make it. I remember I couldn’t even walk to my mailbox at one point.

“It’s not normal to be in a Wimbledon final after that.” 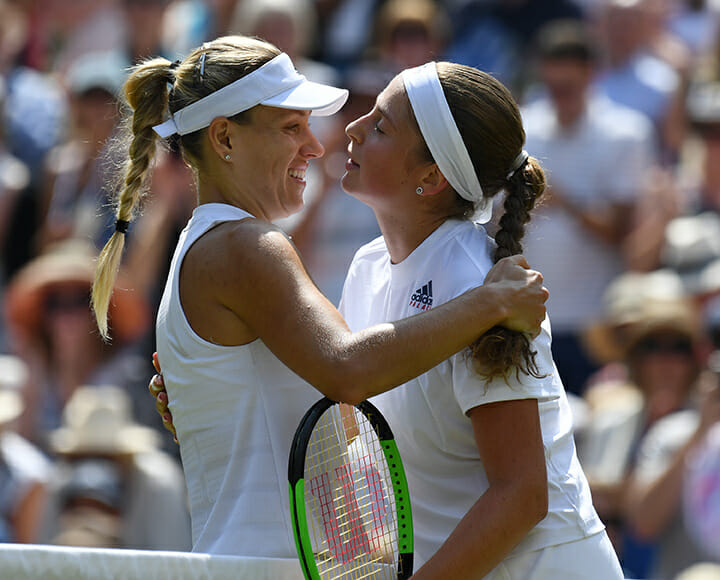 Williams, seeded 25th, took 70 minutes to advance to a Grand Slam final for a 12th straight season; Williams will be playing on Saturday in her her 10th Wimbledon final as she bids for an eighth trophy here.

Goerges was weighted down by more than 40 errors, never coming close to the win as Williams played for the 18th time at the All England club.

The 29-year-old German started the match with a tournament-leading 44 aces, but added only four on the day. 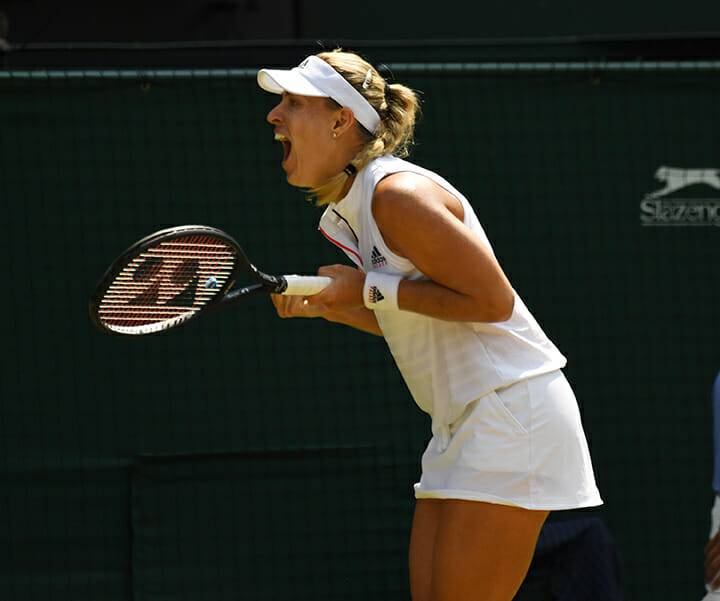 World No. 10 Kerber, a double Grand Slam champion, owns trophies from 2016 at the Australian and US Opens while also losing the Wimbledon final that season to Williams.

The 30-year-old German was flawless in the opening set as Ostapenko let fly with multiple winners counterbalanced by unforced errors.

Kerber secured a break of serve for 4-3 on Ostapenko’s return long and then finished off the set two games later as her Latvian opponent double-faulted.

Kerber immediately capitalised on her early success, breaking for 2-0 and 5-1 in the second set. 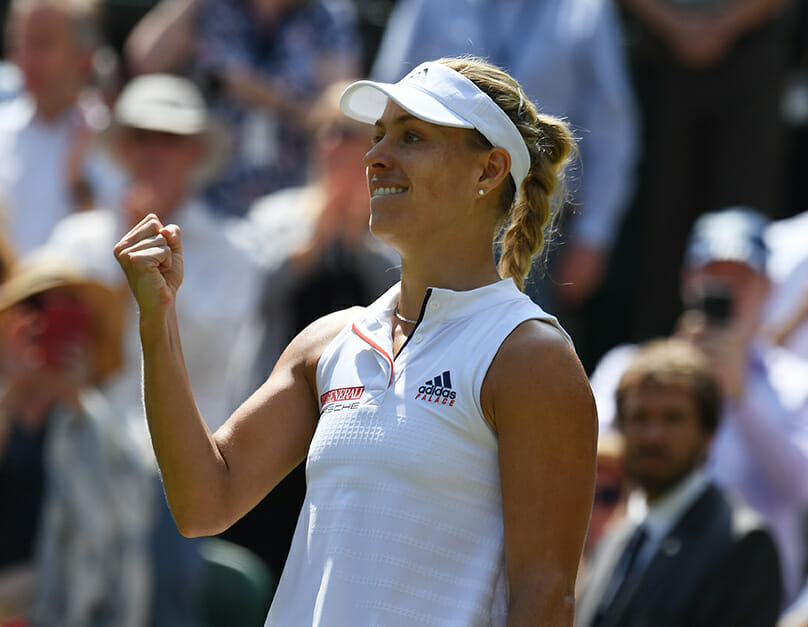 But she ran into troubles while serving for victory, with Ostapenko rising to the occasion by saving a match point with a backhand to the corner and breaking to stay in touch 2-5 as Kerber returned long.

The German finally moved through on her second match point after saving another break point in the final game, advancing as Ostapenko netted a forehand after 68 minutes.

“It was a really tough match, she plays great tennis and hits really hard,” Kerber said. “It’s a great feeling to be back in a Wimbledon final, I’m really excited.” 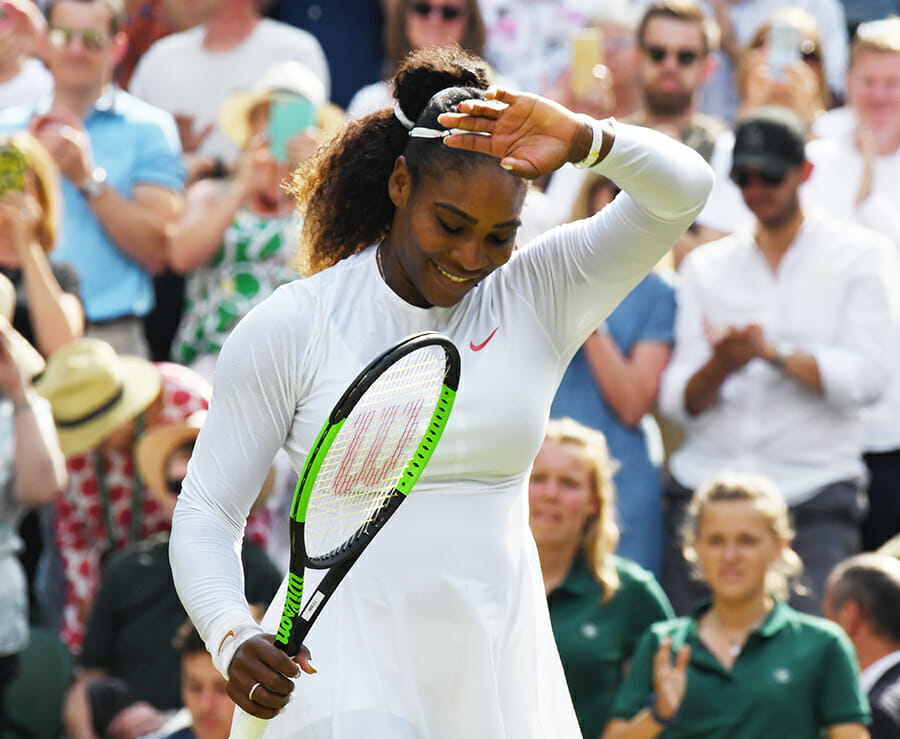 “She was fighting to the last point, I was just staying focused on every point.

“I’m glad to be through a really close match, getting to another final is what I’ve been working for.”