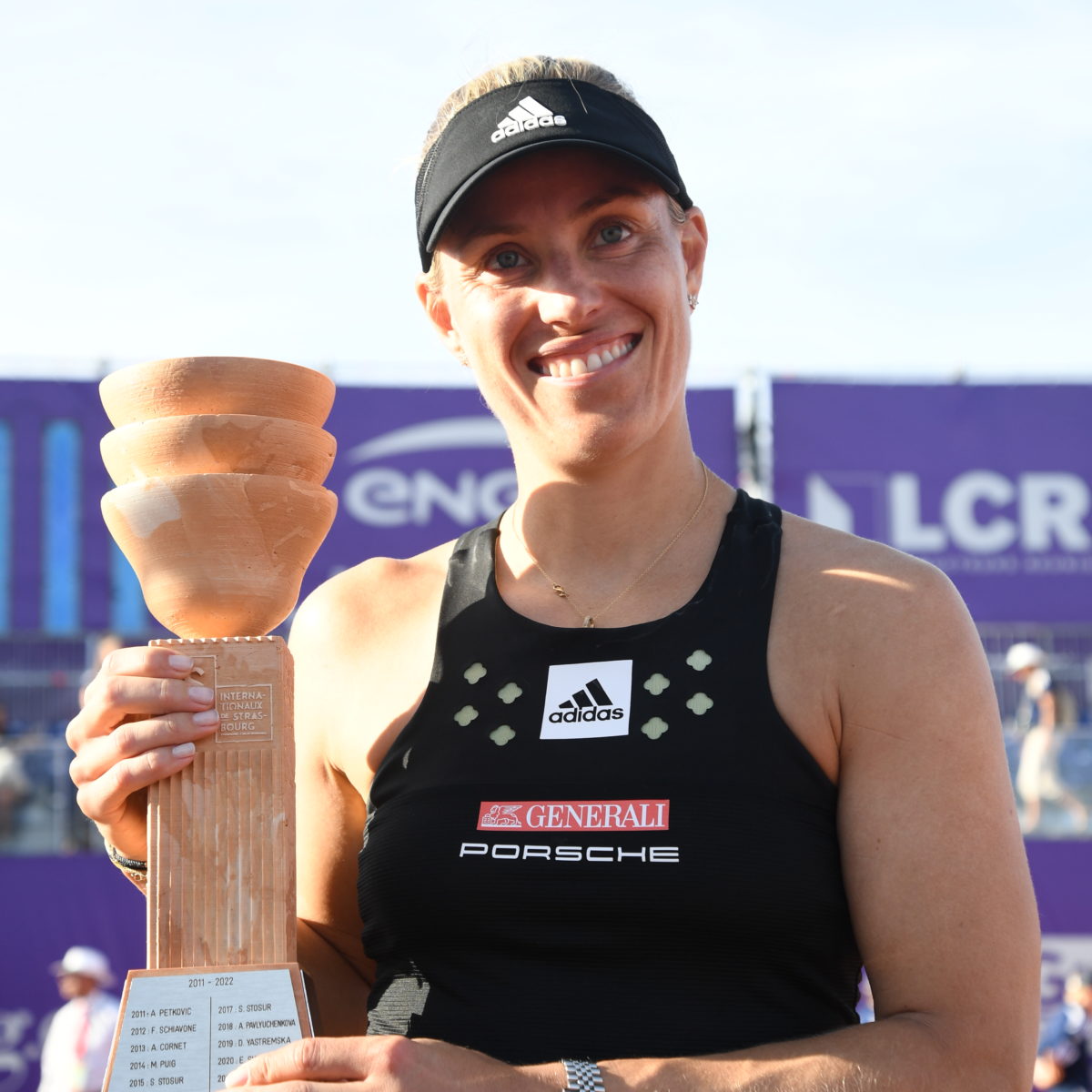 It took nearly two decades, but former No. 1 Angelique Kerber on Saturday completed her matched set of tennis trophies with victory at the WTA Strasbourg tournament.

Victory took nearly three and a half hours but put the No. 22 in the record books.

The veteran champion kept the pressure on her 21-year-old opponent, forcing Juvan to save 13 of 19 break points as Kerber claimed the 14th Tour trophy of a career which began in 2004.

“There can’t be a better motivation for the French Open,” Kerber said.

“It was a great week. I’ve improved from match to match and I hope that I can take my good form to Paris with me.”