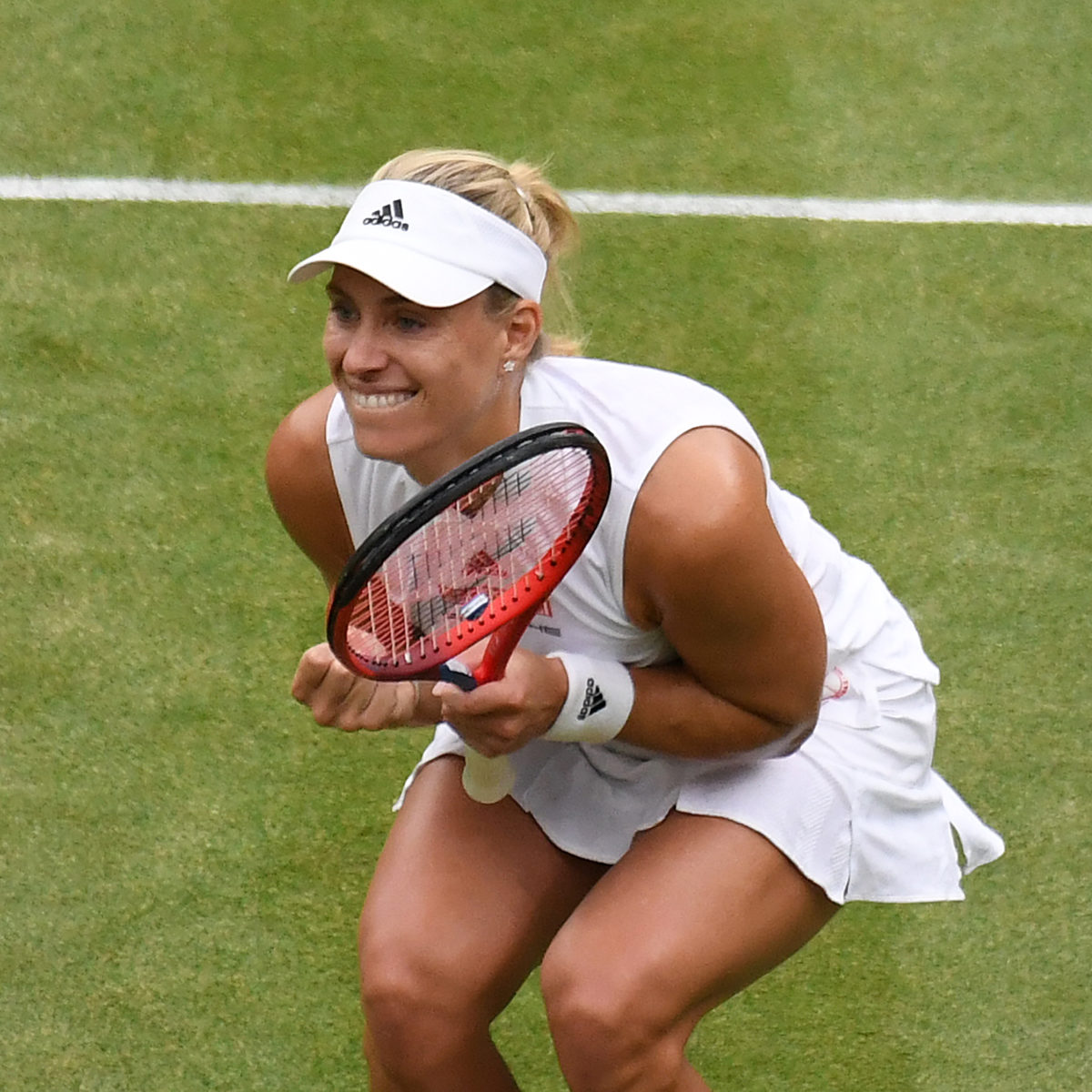 Three-time Grand Slam winner Angelique Kerber will play a Wimbledon semi-final for the fourth time in her career after Tuesday’s 6-2, 6-3 win over Karolina Muchova.

Germany’s 2018 champion here is now on a 10-match win streak on clay following her title last month in Berlin.

She will face off for the final against one of two Australians: top seed Ash Barty or Ajla Tomjanovic.

Kerber finished on a second match point against her No. 22 opponent, winning in 77 minutes.

“I’m really enjoying every minute here on the grass,” the 33-year-old said. “it was a tight match, she played well.

“I knew I needed to play my best from the beginning, I’m happy to be in the semis, it means so much to me.

Kerber said coming onto the grass has turned her game around after a clay spring where she never escaped the third round and lost her opening match at Roland Garros.

“It’s the grass, I’m so excited to be playing the grass season. We’ve worked hard the past week. I”ve left my heart on the court, fighting for every ball.